Michael Cuppett was fishing a bass tournament and the monster catfish broke his scale. 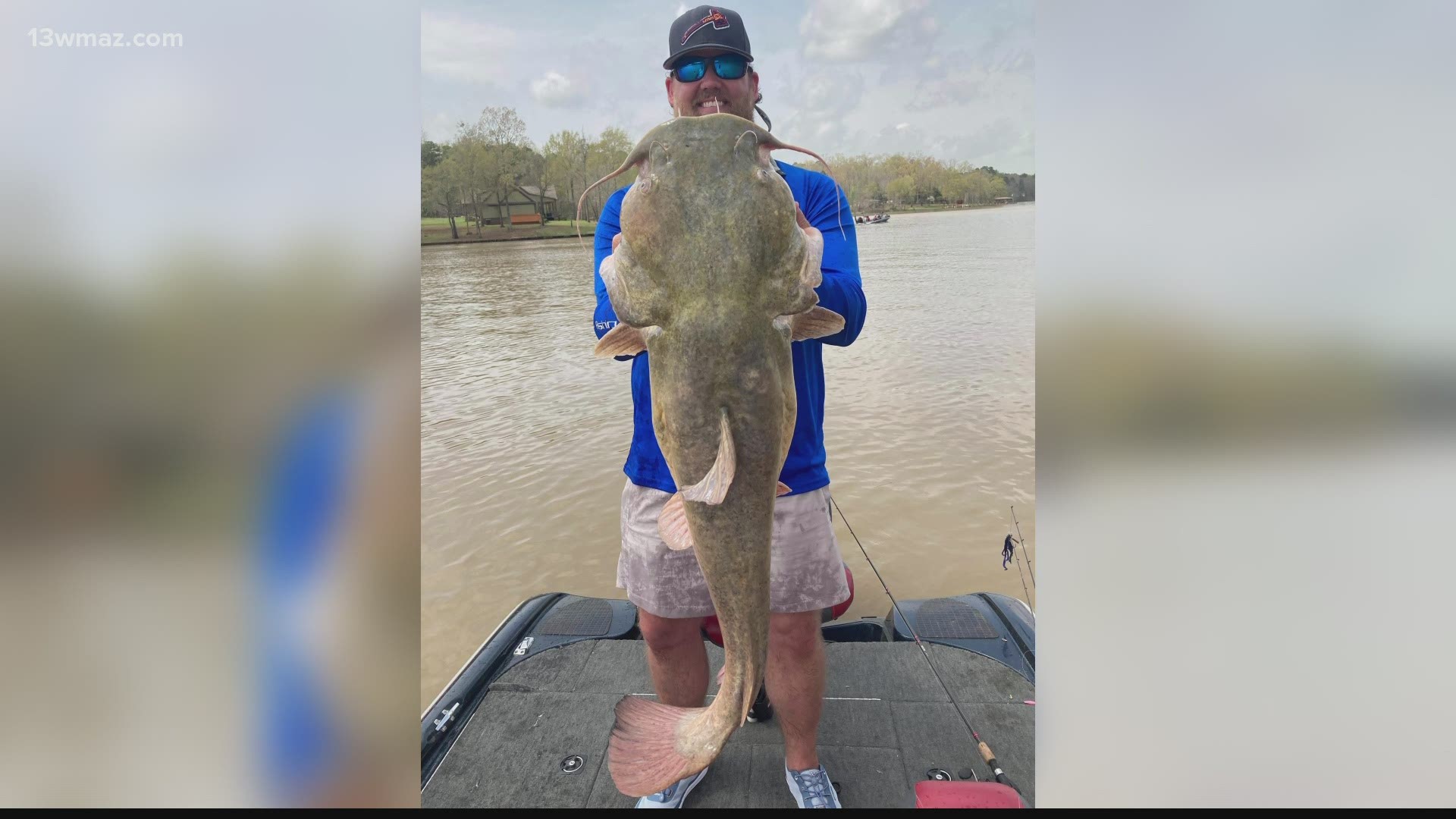 BALDWIN COUNTY, Ga. — The current flathead catfish record at Lake Sinclair has stood for a decade.

Michael Cuppett had a chance to break that record a couple of weeks ago -- he just didn't know it.

Michael and his brother Jonathan grew up fishing together.

"The night he passed away, I was texting with him about fishing, of course, because that's all we talk about," Michael said.

Jonathan passed away from COVID-19 at the age of 35 last summer.

Michael's last memory of his older brother is a fishing trip they took to the coast.

"Jonathan caught a big drum," Michael said while holding up a cell phone photo of his brother.

Inevitable after death, life goes on.

Michael's new partner in the boat was his dad, John

They fished a bass tournament in March on Lake Sinclair.

"I pitched a lizard next to a tree. I set the hook," Michael recalled.

"Every time we got it close to the boat, it would pull the line back out and it would start once again," John said.

Those are classic signs of a monster catfish, and after a 20-minute fight, they got it in the boat.

"This one was the biggest one I'd ever caught," Michael exclaimed.

The monster promptly broke the scale, so remember they were fishing a bass tournament. After a few photos, they threw the beast back.

"It wouldn't have fit in the live well," John calculated.

When they got back to shore, Michael showed off his pictures and got some gut-wrenching news.

My friends said that may be the biggest flathead caught at Sinclair, and one pulled it up on their phone and said the record was 36 pounds," Michael said.

That's true -- a touch over 36 pounds and 11 ounces is the record. Michael estimated his came in between 35 and 40 pounds.

But the men took it all in stride, and Michael said a prayer to his brother, thanking him for the experience.

"He didn't help us win a tournament, but he definitely threw a curveball at us," Michael said about Jonathan.

"I imagine he was laughing, 'You want a big fish? Well, here you go,'" John said.

And that's the thing about fish stories, especially the one that got away -- they may not have happy endings, but for this family, they'll tell the story countless times and it will bring a fond memory of a man that always created happy times with his brother in Central Georgia.

Michael put the catfish picture on his Facebook page and it got over 200 shares.

He said folks said he must have been fishing by the dam at Lake Sinclair, but he was in just over two feet of water.