Several families in the area rang in the new year with brand new bundles of joy. 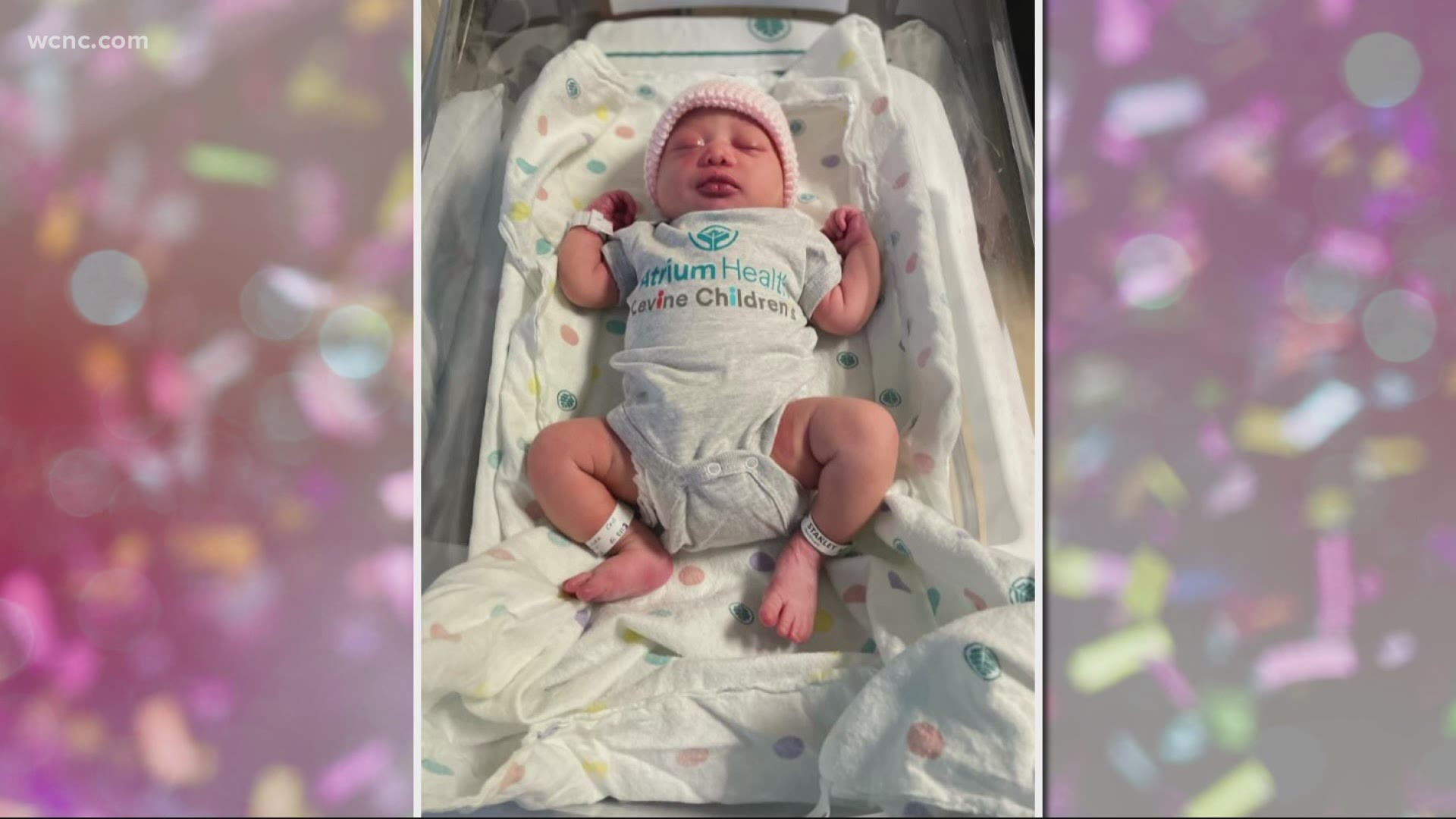 CHARLOTTE, N.C. — Charlotte-area hospitals are welcoming some new bundles of joy to usher in 2021.

In Charlotte, Emerson Ruth was born at Novant Presbyterian Hospital just before 1 a.m. on Jan. 1. The 5 pound, 11-ounce baby girl is healthy and already being snuggled by mom and dad.

Atrium Health in Charlotte announced the hospital's first baby was delivered at 1:03 a.m. on Friday to proud parents LaKara and RyQwonn.

In Matthews, another baby girl made her debut at 2:16 a.m.  Kennedy Josey was born at Novant Health Matthews, weighing in at 4 pounds, 11 ounces. Kennedy has two big brothers to look up to, ages 7 and 9.

In Mint Hill, baby Joseph Alejandro made his debut at 2:44 a.m. at Novant Health Mint Hill Medical Center to parents Maribel and Alejandro. He weighed eight pounds, one ounce, and looks up to his 6-year-old sister.

Novant Health Huntersville Medical Center has not yet released the name and photo of their first baby of 2021.