Suzy has a bucket list, and she's getting married Saturday! 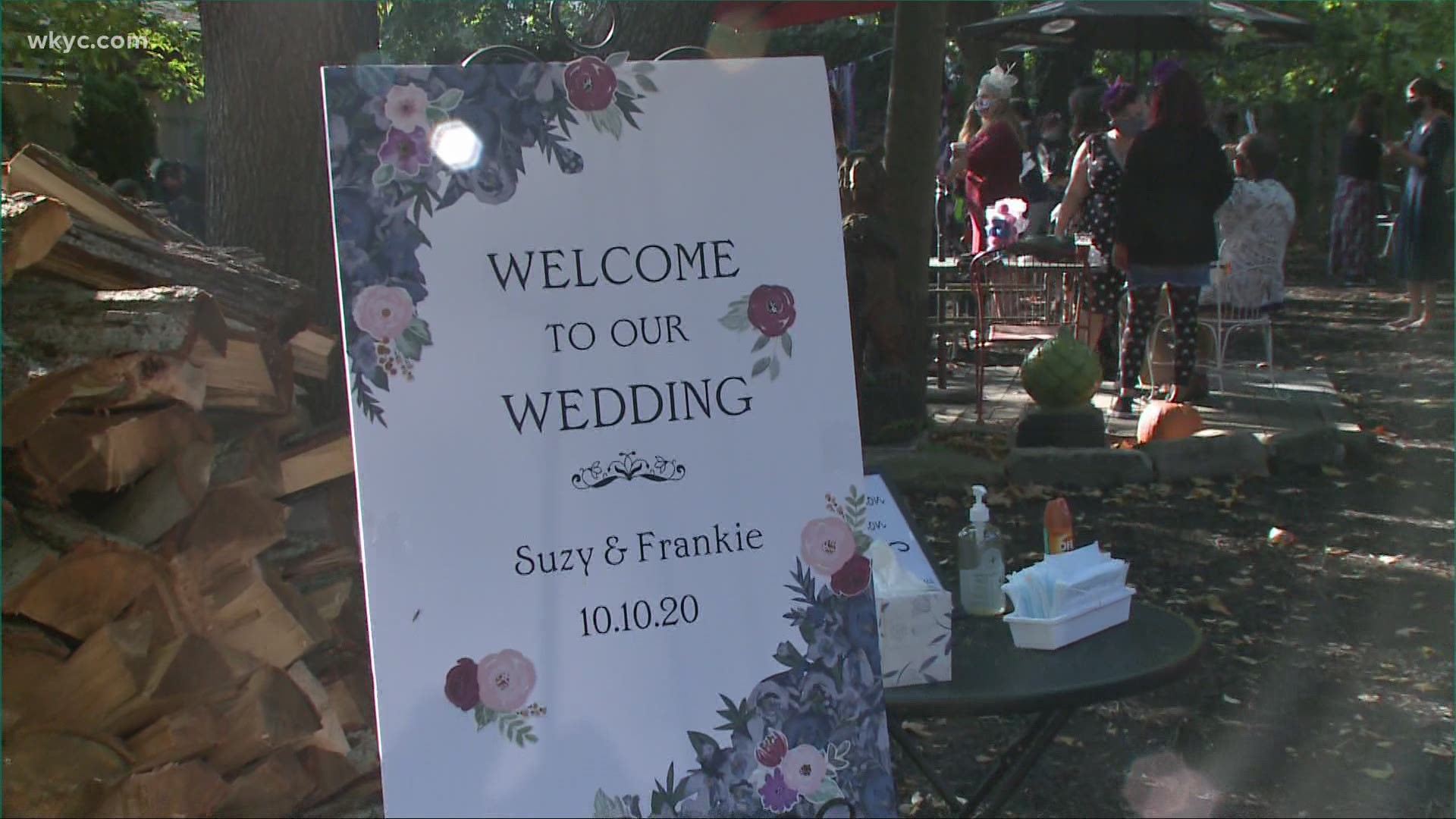 Suzy was found as a stray dog in Cleveland and brought to Cleveland Animal Care and Control (the city kennel) on May 13, 2020. She's now a "city dog," an affectionate term used at the city kennel for pups in their care.

Suzy, a Pit Bull mixed breed dog, is about 4 and a half years old.

As a result, Suzy was placed in a foster home where she will live the rest of her life. She's not just in any foster home, though. Her foster mom, Jen Lynch, is a volunteer for Friends of CITY DOGS -- a non-profit organization that supports the Cleveland kennel and the CITY DOG Cleveland adoption program.

Lynch has created a "bucket list" for Suzy, and throughout the past few months, this pittie has been living her life to the fullest with volunteers and Suzy supporters.

So far, Suzy's adventures have taken her on a ride on a Harley Davidson motorcycle, she has been on a boat ride, swimming in a pool and she had her very own lemonade stand.

Suzy has also been to a golf outing, gone camping and has been aboard an RTA train. She has visited Progressive Field, East Coast Custard, gone to yoga and has been shopping.

Suzy has been hitting the Cleveland food scene, too, with a visit to Slyman's, Little Italy and had a burger at Swensons.

Friends of CITY DOGS volunteers describe this pooch as having an infectious smile, goofy ears and just a joy to be around.

The Friends of CITY DOGS are having a wedding for Suzy at 10 a.m. Saturday at Forest City Brewery in Ohio City. She will be marrying former CITY DOG Frankie. Volunteers have arranged for an officiant, bridesmaids, a flower girl and a ring bearer. The ceremony will be streamed live on the CITY DOGS Facebook page.

While Suzy is not up for adoption and will stay with her foster mom due to her condition, there are many other lovely dogs at Cleveland Animal Care and Control that are looking for a home to call their own. Anyone that would like to help dogs like Suzy can do so by visiting CITY DOGS wish list HERE.

Donations to the Friends of CITY DOGS can be made HERE.