A Portland tattoo artist is getting some big buzz, thanks to a feature in The Huffington Post this week. 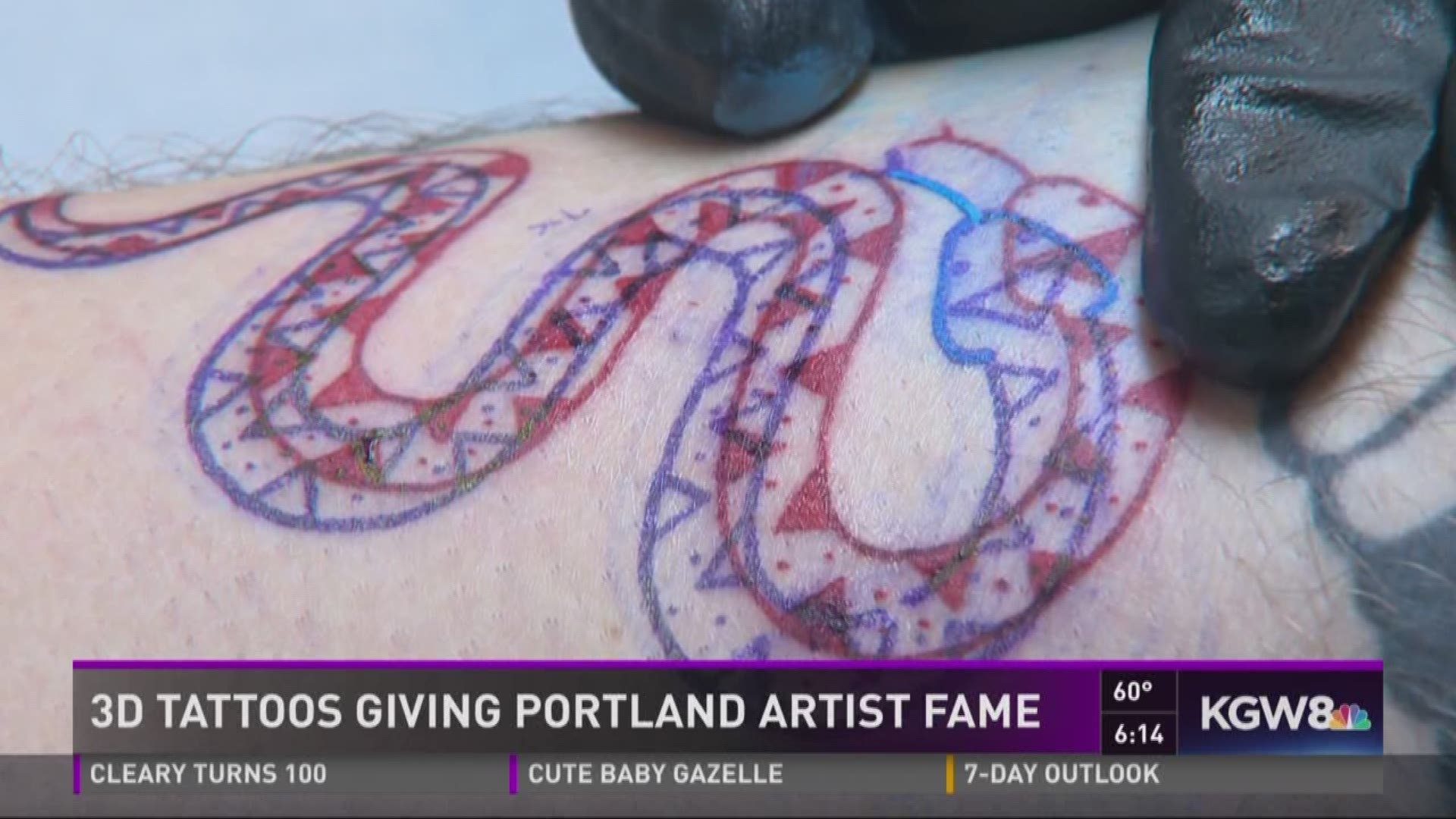 PORTLAND, Ore. -- A Portland tattoo artist is getting some big buzz, thanks to a feature in The Huffington Post this week.

He's creating 3-D-like tattoos. He's not the very first to do it, but his imagery has come around at a time that people are taking notice and requesting the trend.

Even fellow tattoo artists are flocking to the studio of a man so private, he asked us only to use his first name, Dave.

"It's still, when you see it, you know it's a 3-D image, you immediately identify it as that," Dave said. "They don't work with the glasses, yeah that is the only drawback to them."

To make real 3-D, the red and blue ink needs to be exactly calibrated with a computer to match the gel tints on the glasses and so does the offset image. But these tattoos still give off the 3-D effect all in fun. With a pop culture style and use of geometry and melded images, Dave's art is unique.

"I was 12 when I started doing graffiti," said Dave.

To bypass the law, he started simply drawing and doing commissioned street art. Dave moved to Portland six years ago from North Carolina and started working as a barista. Noticing small stickers from other artists on places like stop signs and dumpsters, he quietly came up with his own. His alter-ego and moniker Winston the Whale was born.

"People were just like 'Who's the whale? I want the whale, the whale's awesome,'" Dave said. "And I started giving them away, and all of a sudden I started seeing them on people's water bottles out in public and stuff."

Thanks now to his fans, you'll notice Winston everywhere. His Instagram account showing off his drawings, and now tattoos, has blown up to over 35,000 followers.

In September though, followers went crazy for his first 3-D image of a skull he did on client while traveling through Seattle.

"I posted the picture and I got over 2,000 likes and more attention then any picture I had ever posted before."

The man who goes by Winston the Whale on Instagram and Facebook, is now a full-blown tattoo star just one year into his career.

"Tattooing is not underground anymore but it's still a sub-culture and you're still able to make art and make a living at it. It's a beautiful thing," Dave said.

His tattoos typically cost between $150-$250. For more information, click here.