Riverbanks Zoo and Garden is preparing to say goodbye to its pair of popular pachyderms. 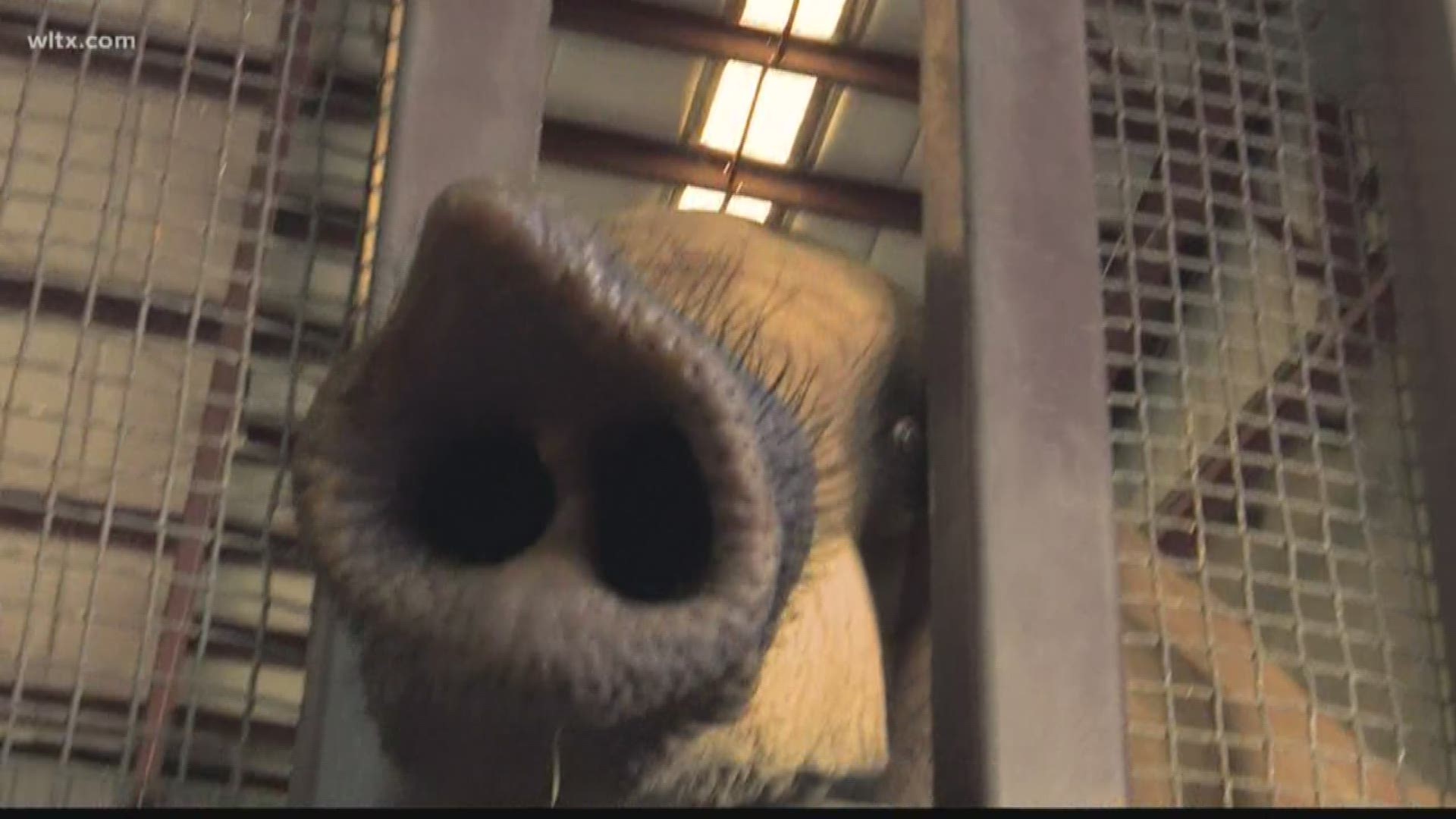 COLUMBIA, S.C. — Riverbanks Zoo and Garden will soon say goodbye to two of their most popular residents, Robin and Belle.

The zoo is working with the Association of Zoos and Aquariums’ (AZA) African Elephant Species Survival Plan (SSP) to find a new herd for 48-year-old Robin and 37-year-old Belle.  The move will enable the elephants to live with a larger group in a more social environment.

On Monday, News 19’s Brandon Taylor stopped by Riverbanks to learn how the animals will be moved to their new facility.

“The decision to move Robin and Belle was not easy, but it is the right decision for the animals and Riverbanks,” said John Davis, Director of Animal Care and Welfare at Riverbanks Zoo and Garden.

Davis says it can take weeks and even months to prepare the animals to be transported to a new zoo.

The animals are slowly being introduced to their new transport crate which is climate controlled.  When the time is right, the elephants will be loaded into the crate and driven to their new home, but the won’t be alone.  The bonded pair will be joined by an animal care team which includes a veterinarian.

“What we’re doing now is starting to prepare them for their new journey and new adventure at another zoo,” said Davis.  “We’ve assembled some of the best animal care providers and transporters to make sure it is a smooth and seamless transition for Robin and Belle.”

“It’s a sad moment for us, but we know we’re making the right decision for both of the elephants,” said Davis.

Riverbanks hasn’t officially announced where the elephants are going, but they won’t be moving until sometime this fall.  Guests will have a chance to sign a farewell card that will be sent with the animals to their new home.