As unemployment claims fall, issues with payment remain for some filers

SCDEW is asking people to call Wednesday through Saturday when phone lines aren't as busy. 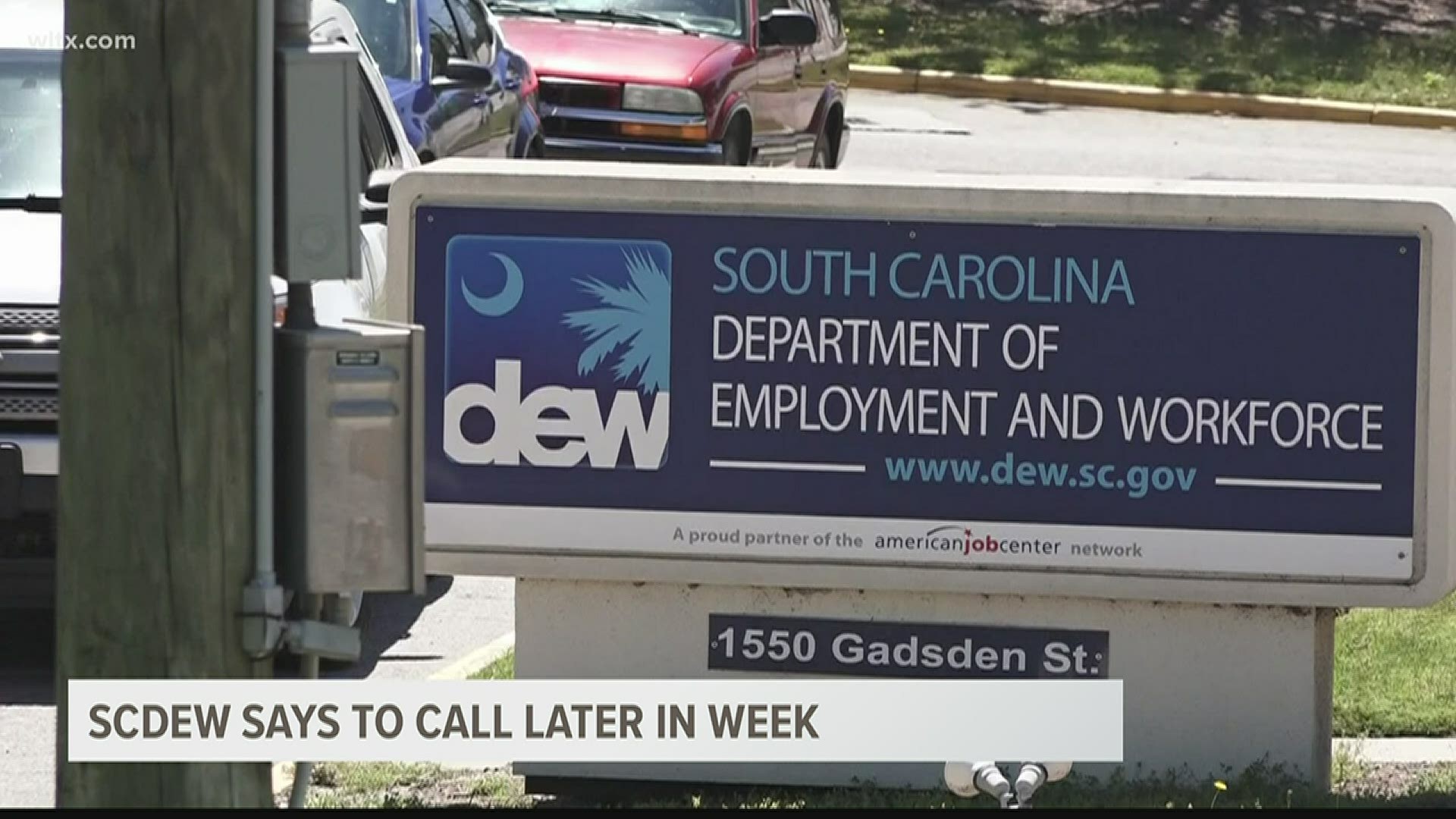 COLUMBIA, S.C. — Some of you are still reporting issues with South Carolina Department of Employment and Workforce unemployment claims filed in recent weeks.

This week, the Department announced claims had declined again, to just over 17,000 initial claims.

One of the questions is confusion over Pandemic Unemployment Assistance versus regular state unemployment benefits.

PUA is a specific federal program for people deemed ineligible for his or her state's unemployment benefits.

You can only receive PUA if you've already filed and been found not eligible for state benefits.

PUA expanded benefit eligibility to gig-workers, self-employed people, those who did not make enough to qualify for state benefits, and others unable to work due to coronavirus. You can read the full eligibility requirements here.

If you need to check which program you're receiving benefits from, a Department spokesperson said your online portal should tell you the program and your benefit allotment.

Some of you have also had problems receiving payment or been told you've been over paid.

The same spokesperson said confusion during wage reporting and verification can cause overpayment notifications. 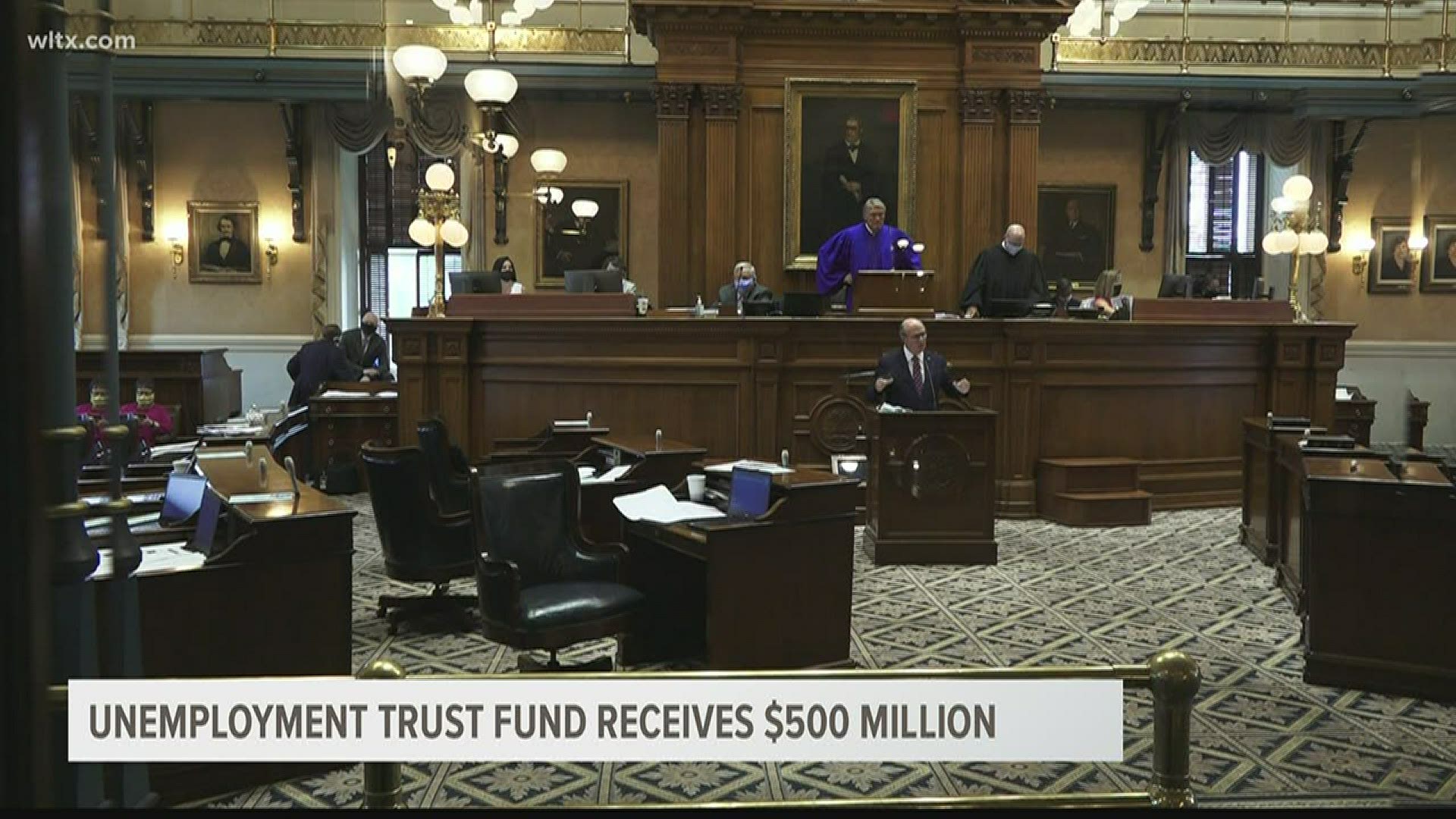 Lastly, the Department is reminding filers to continue certifying their claims each week they need benefits.

SCDEW said to call claims specialist if you're still having issues, they recommend calling later in the week as phone lines are less busy.

You also can file an appeal to challenge problems with your claim directly through the online portal.

Online tools and resources to help you file and certify your claim are here.

In the most recent claim week, South Carolina's new unemployment claims decreased again down to 17,098.

In past weeks, the numbers were almost triple or quadruple.

Richland County Senator Dick Harpootlian said it's not like anything he's ever seen.

“Very frustrating for most of my constituents who needed this desperately. Initially, I think they're doing a lot better now the number of complaints and concerns have dropped off, I was getting 30 or 40 a day, it's down to maybe one a week now,” Harpootlian said Thursday.

SCDEW said it's paid roughly $2.5 billion between state and federal benefits across more than 600,000 claims.

This week, lawmakers like Harpootlian and Senator Shane Massey voted to send $500 million in CARES Act funding back into the state's unemployment trust fund.

“If we don't adequately fund that fund, and it gets low or runs out of money, then we're going to have to increase unemployment taxes on business. And, if there's one thing we don't need in the middle of this crisis, it's increasing taxes on businesses,” Harpootlian said.

“We should be able to get through the end of the year with still having some money left over in the trust fund. It will be significantly depleted, but we're not going to go negative, we're not going to have to borrow money, and I think that's something we were all trying to avoid. It looks like, if things hold, we should be in pretty good shape,” Massey added.

Senator Harpootlian said moving forward he wants to help the Department replace its computer system to meet higher demand due to any future crisis, including hurricanes.

Both Senators added they want to avoid raising unemployment taxes on businesses next year.