The initiative is led by Famously Hot SC Pride in time for its pride festival in October. 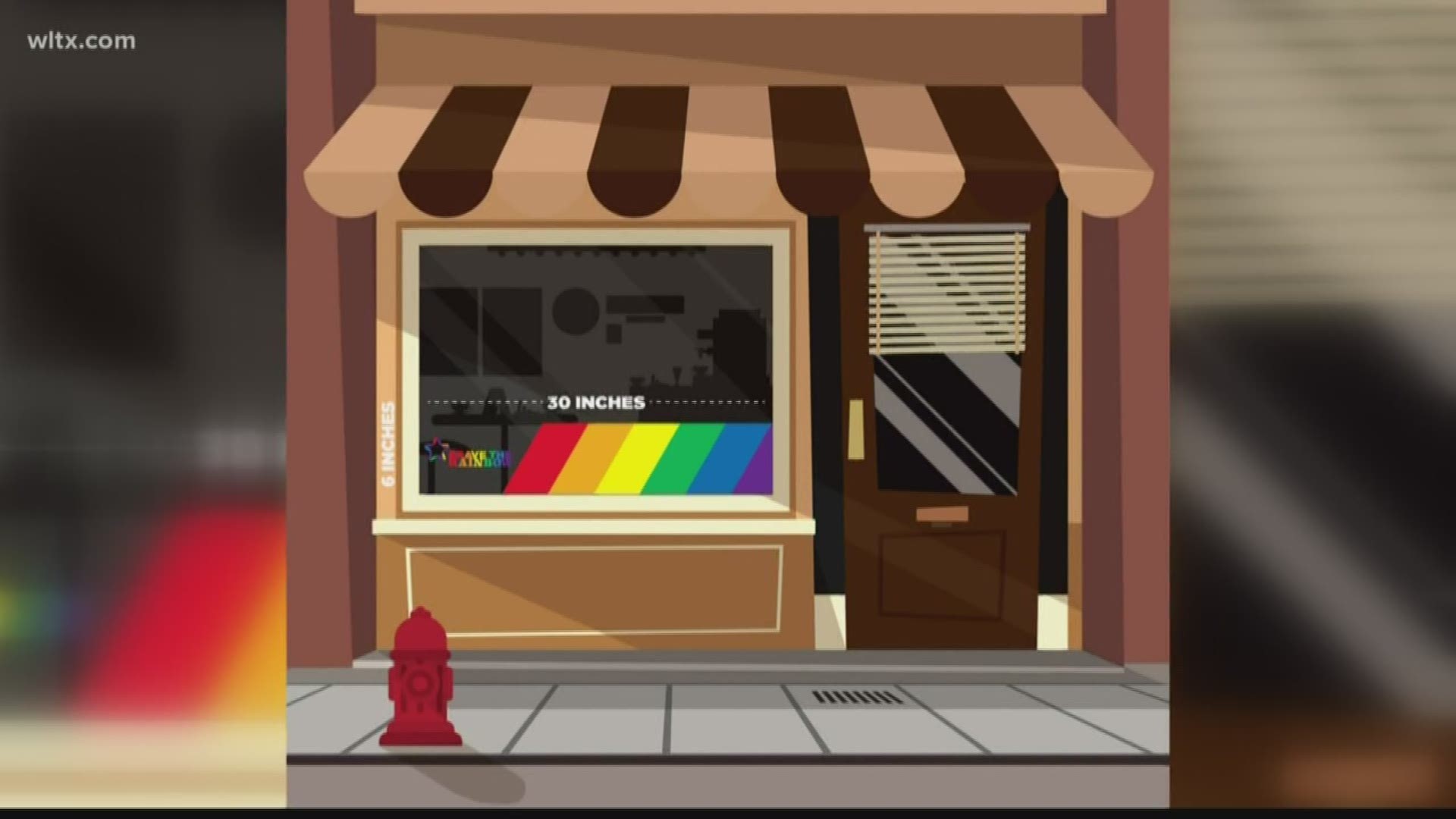 Famously Hot South Carolina Pride is asking businesses to show their support for the LGBTQ community with a window decal. The initiative is called 'Brave the Rainbow' and its a window cling business owners can hang to welcome all customers, especially LGBTQ.

“The decals are flying out. We can't get them out fast enough, we just had to do a reorder, everybody is requesting some. So, it's getting a great response,” March said on Wednesday afternoon.

March said he got the idea after visiting world pride in New York and seeing business support for the community.

This year was the 50th anniversary of the Stonewall riots in New York City.

March came back to Columbia and wanted to offer businesses in his city the same opportunity to show support.

“I experience the support here, very much so, and I know people are a lot braver than what they pretend to be. Having the ‘Brave the Rainbow’ logo in your window doesn't mean you're a gay business. It just means you're cool, you're supportive, and you welcome us in there,” March added.

Roughly 50 businesses, organizations and one school have asked for the clings across the state, in Charlotte, and Augusta.

Co-owner of Curiosity Coffee on Main Street, Greg Slattery, said they installed the cling on their front door without a second thought.

“Well for us it's just basic human rights. I've always felt that you know people should have the right to love who they want and it shouldn't affect their day to day, whether that's coming to a coffee shop and the type of service they get, to the ability to marry or to be open about their relationship whether it's in the workplace or out in public. So, for us, it just seems like, I mean, it's not even a political issue to us, it's just human decency,” Slattery said.

Curiosity Coffee, which has been open more than two years, has worked with SC Pride before and Slattery said they’re not afraid of alienating customers with the ‘Brave the Rainbow’ decal.

“Anyone that would feel alienated is just not really someone that we’re really catering to. Like I said, we want to be in inclusive and that means including everyone. If there’s somebody who doesn’t like inclusive policies or natures or anything like that, then I guess they’ll have to go somewhere else,” Slattery said behind his coffee bar.

March said in his view the decal is a win-win for business and inclusion.

“By having that in your window or by having a display or something like that, when we have as many visitors that are going to be coming into our pride on October 4th and 5th I promise you, as I did in New York City, I walked into those places that displayed their rainbow long before I'd go into one that didn't. So, when you have people that are not familiar with our city that come for the first time, that's going to attract them to your business,” March said.

This year’s festival is the 30th anniversary and will take place on October 4 and 5.