You may need to find another place to get your morning cup o' Joe. Indah closed its Main Street doors Saturday - but still has its Sumter Street location. 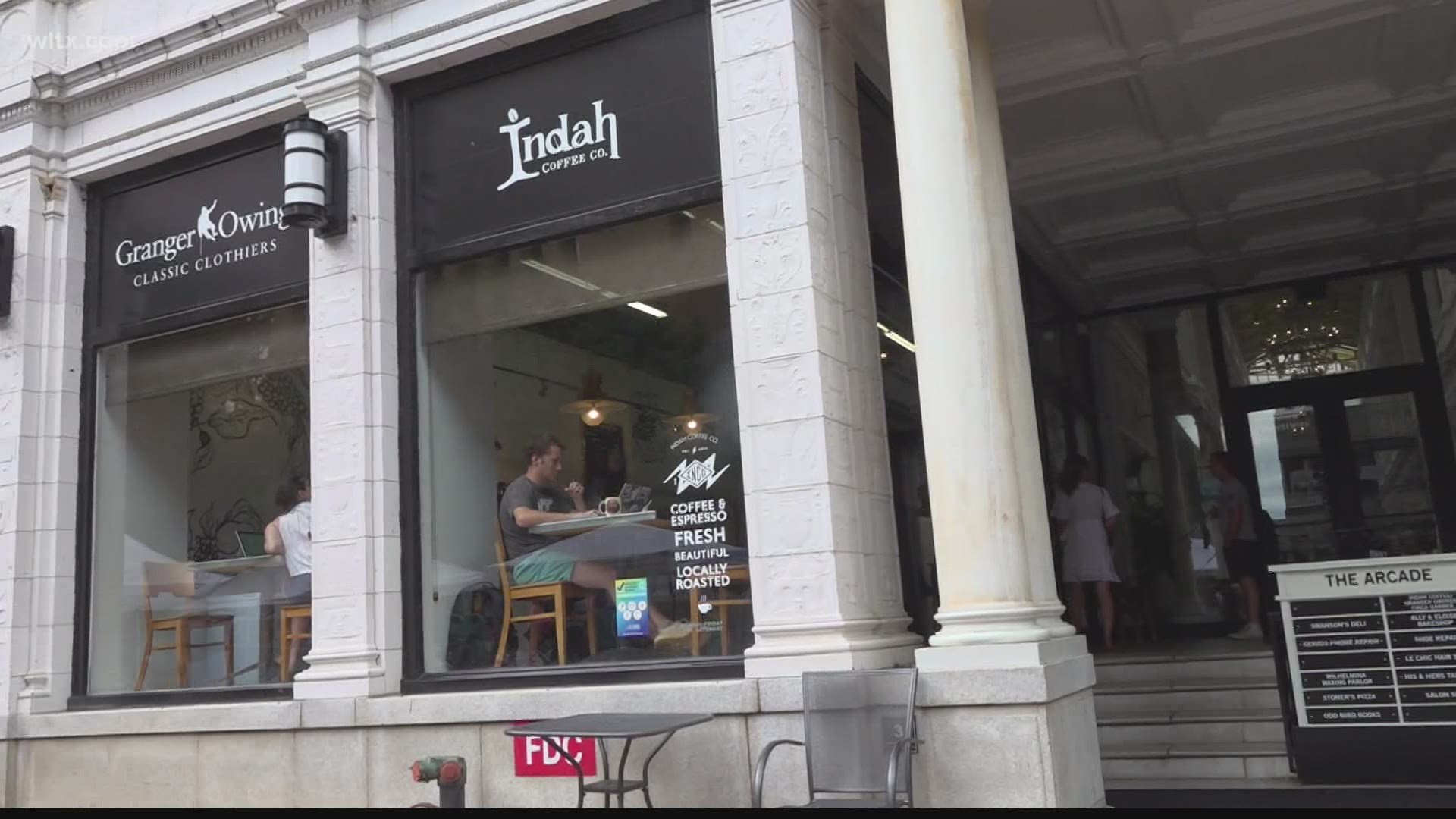 COLUMBIA, S.C. — A local coffee shop closed the doors to one of its locations over the weekend.

Indah Coffee will no longer be in the Arcade Mall on Main Street where they've had a second location for the past two years.

Indah Coffee was founded in 2010 as a pop-up at Soda City Market. Their flagship location opened later on Sumter Street in the Cottontown neighborhood followed by their Main Street location in the Arcade Mall.

“For now, we’re focusing all of our efforts on Sumter Street," said barista Fatima Elhuni.

She's worked primarily on Main Street for the past year.

She worked the last shift before they closed those doors for good.

“I work three to four days a week here at the Main Street location so I’m really upset about it,” she said.

But, for now, Fatima and all of the other Main Street employees will transition back to the flagship Sumter. Street location.

“We’re sad to see them go, especially in this gorgeous place here, but I’m glad I can still support them down over on North Main Street," said Alex Easterday, who got his last cup Saturday.

Many people, like Alex, stopped in to get their final cups of coffee and give their well-wishes.

“It’s really sad because I used to live right on campus; so, I always walked here every Saturday," Brett Frye, a regular, said. "My little morning routine used to be going for a run and coming here for coffee right at 9 a.m. before Soda City’s getting started; so, it’s definitely going to be sad seeing it go."

According to Indah Coffee, they were unable to negotiate a new lease.

The Main Street District posted to social media Friday that Takosushi will be coming back to Soda City and moving into both the Indah Coffee and old Pita Pit spaces in the Arcade Mall.

“I’ve gotten to know so many people like dozens of people like they come in every day," Fatima added. "They see me and they know me and I don’t know it’s been a really fun, like, 10 months or so here."

The Cottontown location will continue to serve their signature coffee at 2238 Sumter Street.