The supply chain bottleneck is impacting all kinds of goods, including alcohol. Several ABC Stores across Mecklenburg County have low inventory. 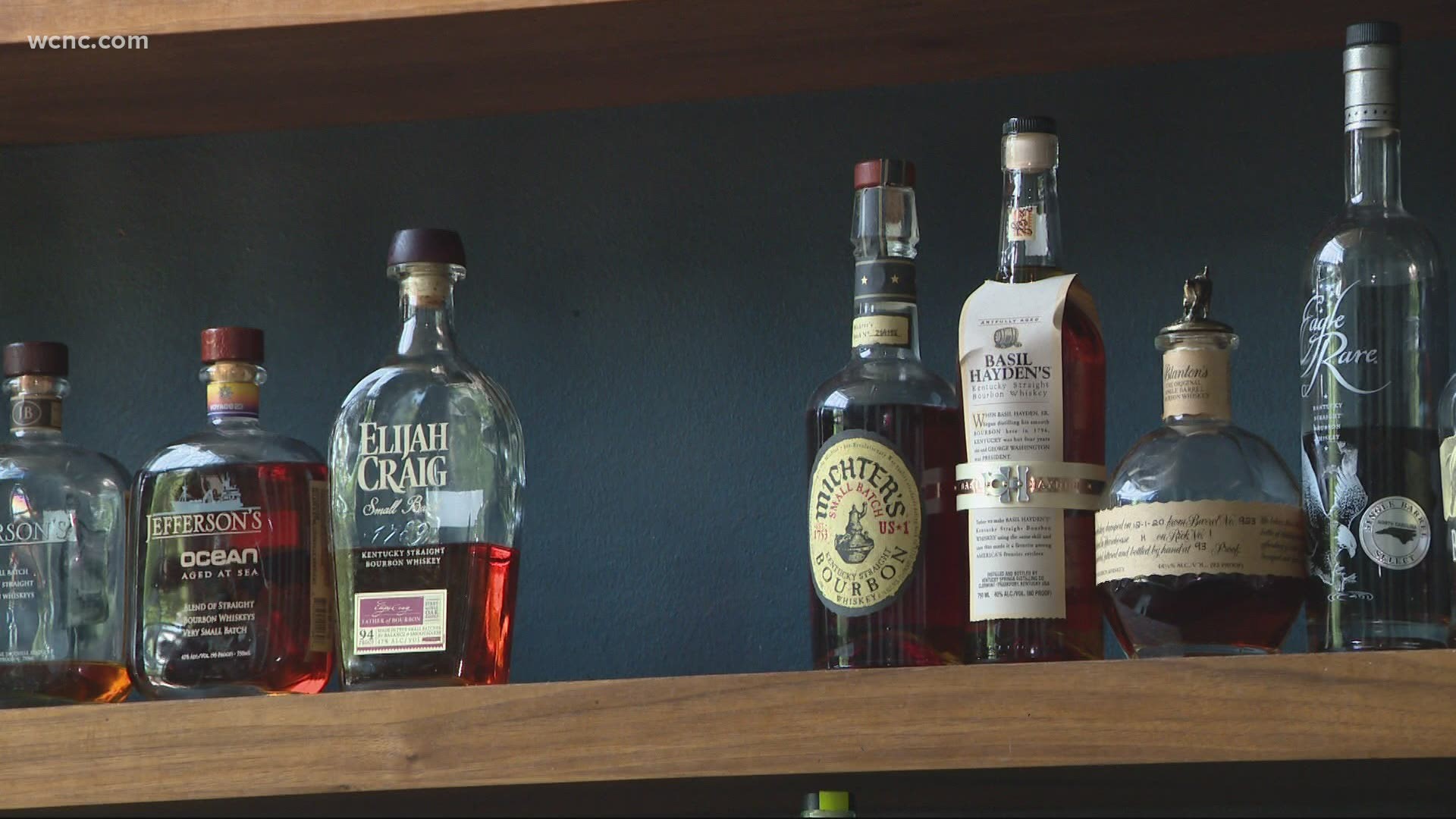 CHARLOTTE, N.C. — As the country tries to get back to business, many companies are struggling to keep up with the growing demand.

Experts say there are several reasons to blame for the supply shortages including factory shutdowns, a surge in demand, logistic issues, and a lack of truck drivers, to name a few.

"I guess the simplest one-word answer is pandemic, that has caused just tremendous dislocations in the whole supply chain," Ken Simonson, chief economist with the Associated General Contractors of America, said.

The supply chain bottleneck is impacting all kinds of goods, including alcohol. Several ABC Stores across Mecklenburg County have low inventory.

Some ABC Stores have several empty shelves due to a strain on supply chains. Now it’s impacting local businesses. I’ll have the story tonight at 6:15 @wcnc pic.twitter.com/uk8EScWyCN

An ABC Store on Cherry Street had several empty shelves and signs reading, "We apologize this item is temporarily out of stock."

Saw lots of these signs at the location on Cherry Street. @wcnc pic.twitter.com/mJcwFzZiss

"Broadly speaking, there have been strains on the global supply chains of a variety of products throughout the entire pandemic, and not just here in North Carolina. The retail demand for spirituous liquor has remained high even as more bars and restaurants have opened over recent months, straining the supply further.

The ABC Commission is constantly working and communicating with suppliers to ensure they keep their products in stock, as well as with the local ABC Boards to help find solutions to specific product-issues they may have."

"When is it coming back in stock? Nobody knows. When is going to be available this week? Nobody knows," owner of Idlewild Cocktail Bar, Vincent Chirico said. "It's really just a nightmare."

Chirico says business is picking up again, and at the same time he can't get the popular booze he needs.

"Ninety-something percent of our sales are liquor, so when we're out of stuff -- that really impacts what we're selling," Chirico said.

From tequilas to bourbons, Chirico says they're now substituting other brands if they can't get the ones they want.

"It's not ideal, it would be nice if everything was running smoothly and I realize it's not a perfect world but it is frustrating not only to me, but my staff as well, and to our guests," Chirico said.

Experts say the supply chain problems should fix themselves by the end of the year.