“We’re going the way of the dinosaur,” one local newsstand operator told WFAA. 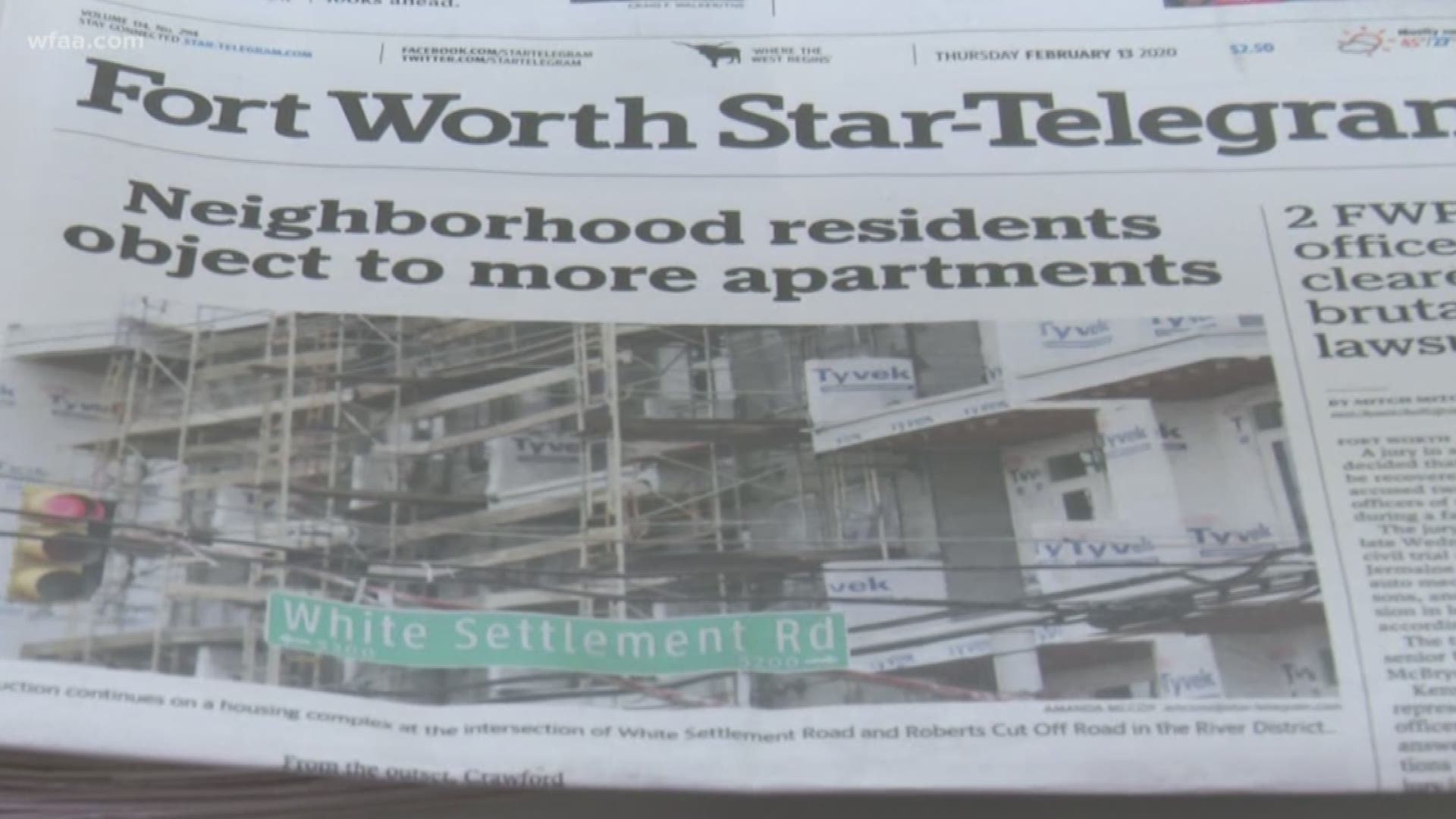 HALTOM CITY, Texas — Updated at 6:55 p.m. with more information from a local business.

The publisher of the Fort Worth Star-Telegram, the Miami Herald, The Kansas City Star and dozens of other newspapers across the country is filing for bankruptcy protection.

McClatchy Co. said Thursday that it will continue to run normally as it pursues approval of its restructuring plan under Chapter 11.

Its 30 local newsrooms are operating as usual. McClatchy expects fourth-quarter revenues of $183.9 million, down 14% from a year earlier.

Its 2019 revenue is anticipated to slide 12.1% from the previous year.

The Sacramento-based company estimated its assets were between $500 million and $1 billion, and estimated its liabilities were more than $1 billion but less than $10 billion.

Click here to read more from the Star-Telegram on McClatchy's filing for bankruptcy.

The Fort Worth Star-Telegram is operating business as usual. Our readers and subscribers can continue to rely on us for strong independent local news that is essential to our community.

What does this mean for readers?

Chapter 11 is essentially a way to restructure an entity’s financial troubles.

Newspapers, in general, have seen a dramatic drop in sales, according to Andrew Sansom, owner of Andrew’s Newsstand in Haltom City, one of the few remaining in the area.

“I’m used to being poor,” Sansom said with a laugh after hearing news of the bankruptcy filing.  “I kind of expected it.”

Credit: WFAA
Andrew Sansom, owner of Andrew’s Newsstand in Haltom City, one of the few remaining in the area.

Sansom has been selling newspapers and magazines at Andrew’s Newsstand since 1994.

“Ten years ago I was doing all right, but I could see the decline in business,” Sansom said.

Restructuring due to financial troubles is something Sansom understands. He’s looking to rent his space instead of continuing to sell print media.

“We’re going the way of the dinosaur,” Sansom said. “Change happens, whether we like it or not.”