Nike CEO Mark Parker to step down in January

Parker will continue to lead Nike's board of directors as executive chairman. 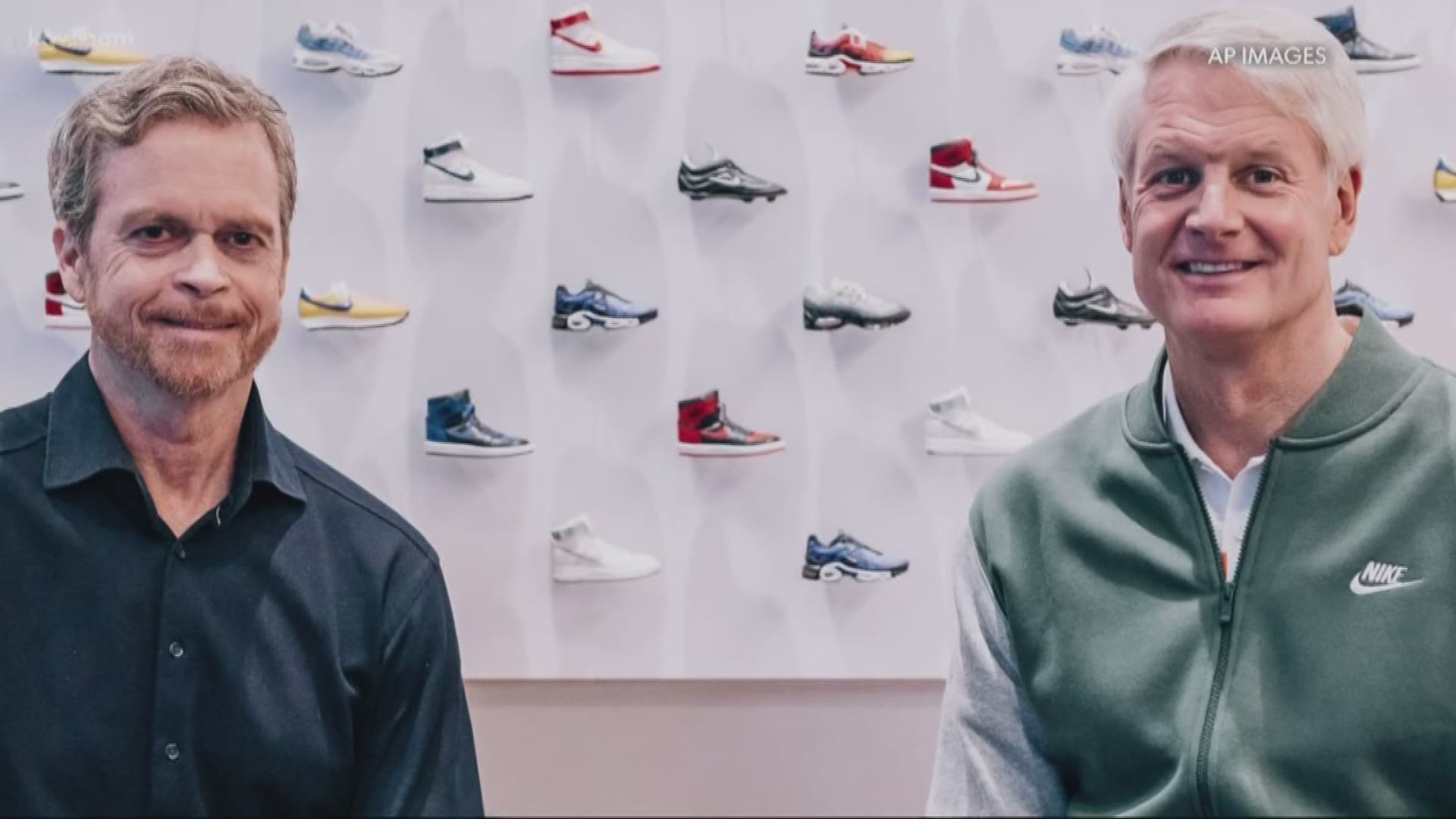 BEAVERTON, Ore — Nike CEO Mark Parker will step down from his role in January of 2020, the company announced Tuesday.

Nike’s board of directors announced that John Donahoe will become the company’s next president and CEO.

Parker, who has been Nike’s CEO since 2006, will become executive chairman and lead the board of directors, Nike announced.

“This is an exciting time for Nike where we see brand strength and momentum throughout the world and great opportunity for future growth,” Parker. “I am delighted John will join our team. His expertise in digital commerce, technology, global strategy and leadership combined with his strong relationship with the brand, make him ideally suited to accelerate our digital transformation and to build on the positive impact of our Consumer Direct Offense. I look forward to continuing to lead the Board as Executive Chairman, as well as partnering closely with John and the management team to help him transition to his new role.”

In an interview Tuesday on CNBC, Parker said the recent controversy around the Nike Oregon Project had nothing to do with the CEO transition. Nike had been working on the transition for months, he said.

“It is an honor to become President and CEO of this amazing, innovative company, and to join the more than 76,000 talented and passionate employees dedicated to serving athletes,” Donahoe said in a news release. “Over the last five years, I’ve been proud to be connected to Nike through my role on the Board and now look forward to being a full-time member of the team, working even more closely with Mark, building on Nike’s success and seizing the opportunities ahead.”