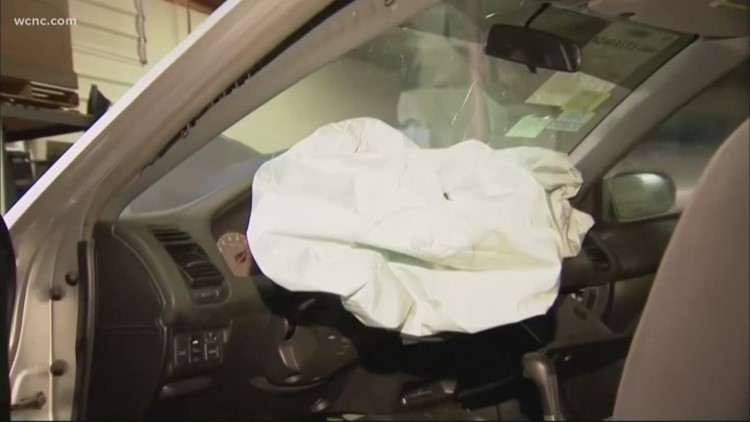 It’s a statewide campaign impacting more than 190,000 cars in South Carolina. Reports show all those cars impacted have unrepaired or recalled airbags. That means they are at risk of randomly exploding.

Officials say that risk increases when the recalled airbags are met with hot and humid climates.

In her case, she says she managed to safely pull off to the side of the road after the airbag in her Jeep Cherokee exploded. But officials say that’s only the best-case scenario.

Reports show dozens of people nationwide have been killed, and hundreds of others seriously hurt by recalled airbags exploding.

Governor McMaster with the help of the National Safety Council as well as car dealers including Dodge, Jeep, Ram, and Chrysler are all working together to encourage thousands of drivers to check and see if their car has an unrepaired or recalled airbag.

You can check if your car has a recall on Check to Protect by entering your car’s 17-digit VIN Number. If a recall does appear, call your local dealership to get the necessary repairs.