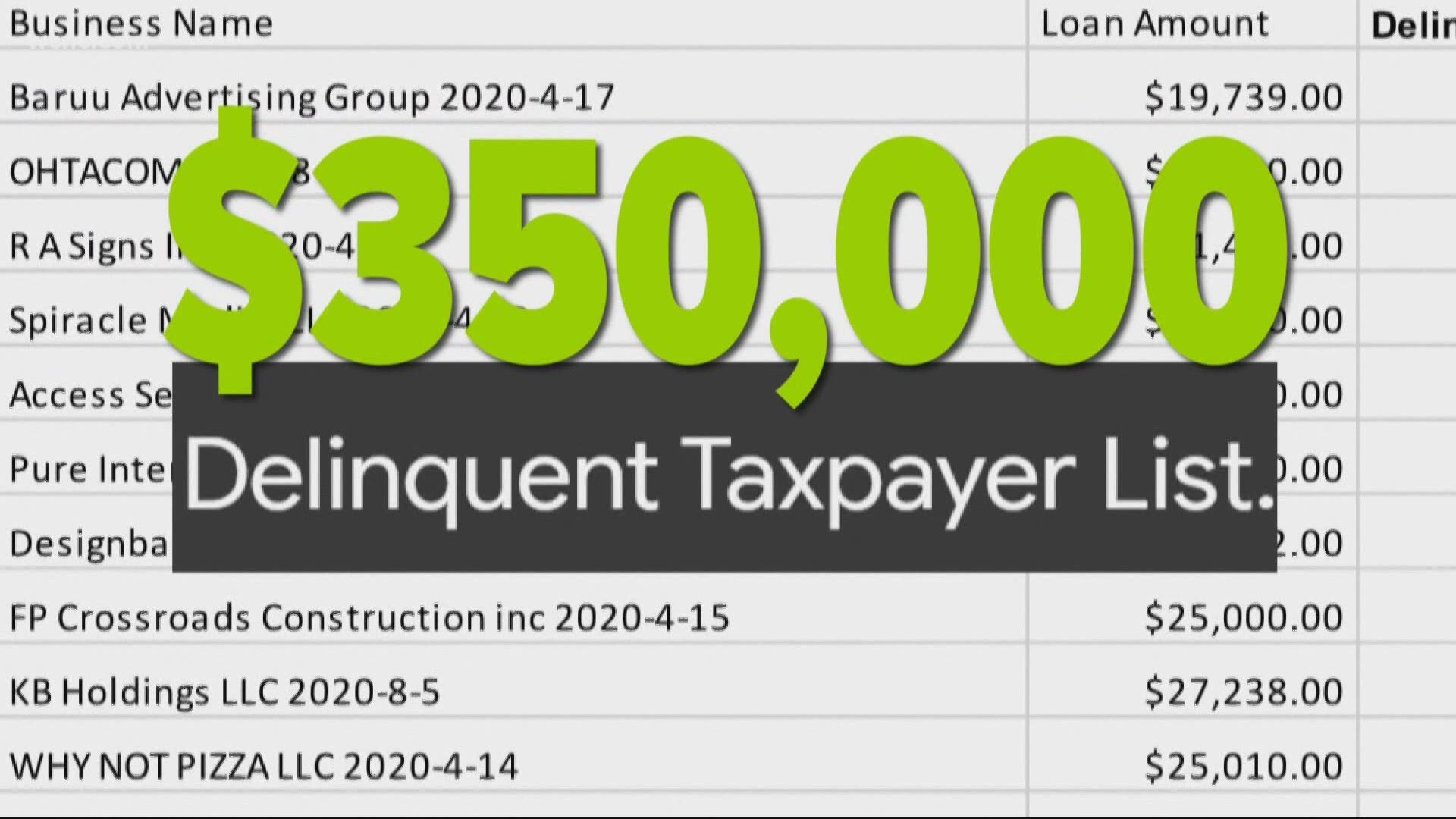 Chairman George Dunlap requested a report detailing exactly which loan recipients owe delinquent taxes and how they much owe.

"I think that's a valid concern..." Chairman George Dunlap said of the WCNC Charlotte discovery. "...It would be appropriate to bring us a report on that."

RELATED: Most small businesses that applied for Mecklenburg County loans were denied

"So, they're indebted to the county for taxes, but yet we have provided them with funds for their businesses," Commissioner Leake stated.

Glad to see our #Defenders investigation continue to get attention at the highest level of @MeckCounty government. @vote4Dunlap called our discovery of taxpayer-backed loans going to delinquent taxpayers "a valid concern" & requested more info #MeckBOCC
https://t.co/PgoHgmesY0

Our investigation found the county, by way of the non-profit leaders hired to administer the $5 million loan program, previously failed to check for delinquent taxes before approving loans.

"It's important that we close those gaps," Commissioner Mark Jerrell said. "I don't care about who's right. I want to get it right."

RELATED: Small business in uptown get creative to keep cash flowing during pandemic

In response to our investigation, the county promised to add a layer of oversight moving forward.

Of the five businesses that owed $1,000 or more, two of them have since settled up, according to tax records.

RELATED: 87% of NC businesses that received PPP loans have not been publicly named