After a cyberattack, the Colonial Pipeline temporarily shut down. But four days later, many gas stations are out of gas due to panic pumping. 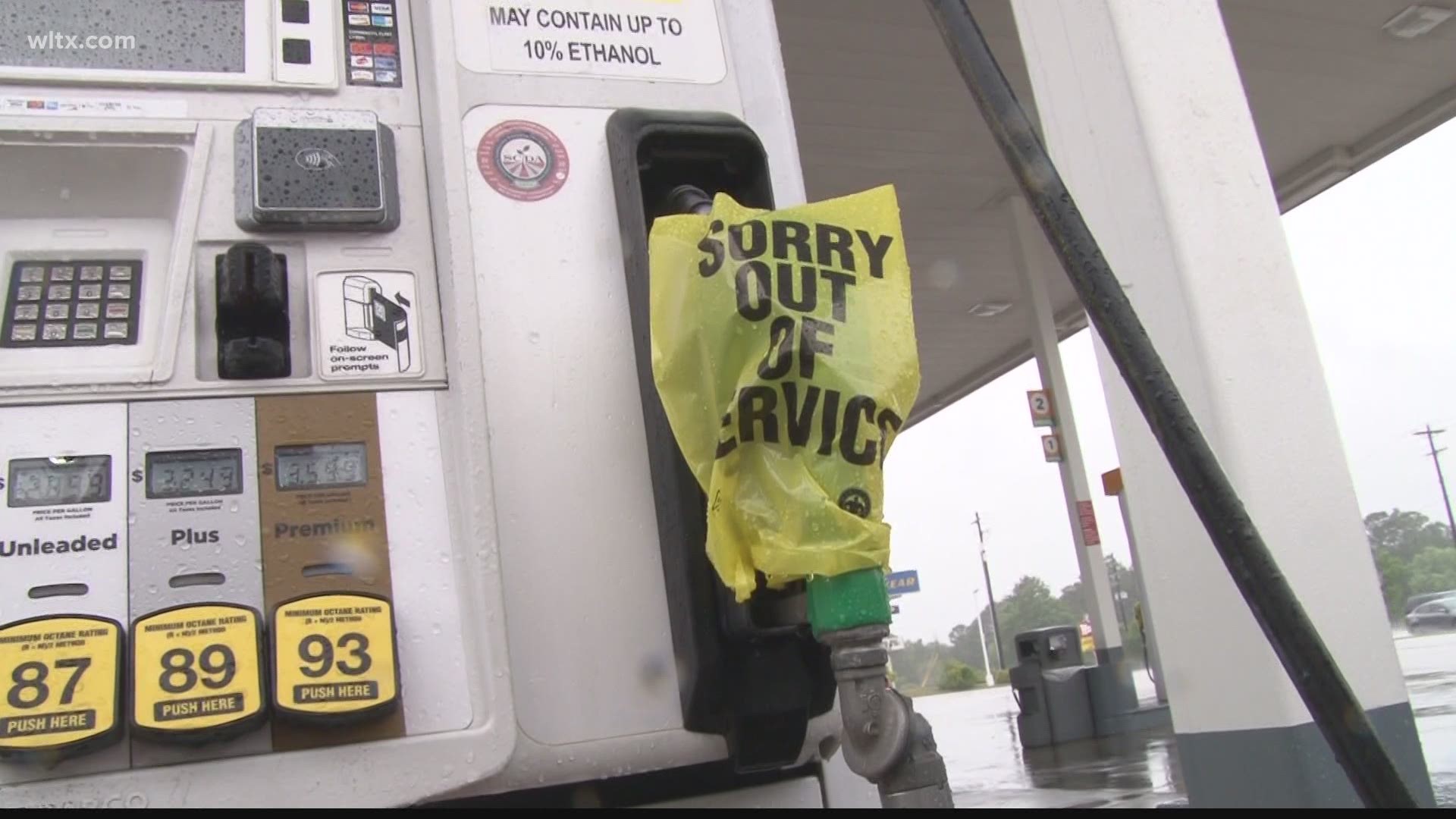 COLUMBIA, S.C. — Just four days after the Colonial Pipeline shut down due to a cyberattack, some South Carolina gas stations are running low, or are completely out of fuel.

Michael Field is the Executive Director of the South Carolina Convenience Petroleum Marketers Association. He said this is not the first time the state has seen panic pumpers.

“This is not the first time this has happened," Field said. "We deal with a lot of these things with hurricanes. We’ve dealt with pipeline issues before. We’ve always come out on the other end."

Field told News 19, fuel availability is not the issue; it's the distribution system.

"We don't have a shortage of fuel, we have a distribution hiccup," Field said. "We have a problem getting the fuel from the pipeline to the terminals to the convenience store to the consumer. So we have the fuel is just some issues with getting in there. The last couple of days with the panic buying and the hoarding did not help."

Field said with the increase and demand of fuel at the pumps during the shutdown is what's causing a shorting and hurting us.

"Our fuel distribution system is not made for the two to three to four times as much traffic as what we’ve gotten the last couple of days. It’s just not set up like that."

Some Midlands drivers are taking as much as they can at the pumps in fear that the supply may run out.

Some gas stations in the Midlands are seeing long lines at their pumps, while others are completely out of gas. pic.twitter.com/iKeNuxOOLg

With some gas stations closed, others with fuel are in high demand. On Tuesday, the SC Attorney General, Alan Wilson, ordered a statewide price gouging law.

"During the next couple of days, I don’t want that fear to lead to people out there to exploit that fear, exploiting an opportunity," Wilson said. "That is why we put the price gouging laws as it relates to the sale of gas here in South Carolina."

Wilson said the law will be in effect for 15 days. He encouraged everyone to remain calm and if anyone sees price gouging, report it to the attorney general's office.

"Please take a picture of the gas pump prices," Wilson said. "Document where, the when, the who, all that information is important. When you report this information to our office, give us time we'll go back and we'll check to make sure that it is something that is a violation of law."