Development in the area led many to believe the beloved Mexican restaurant could be shuttering. 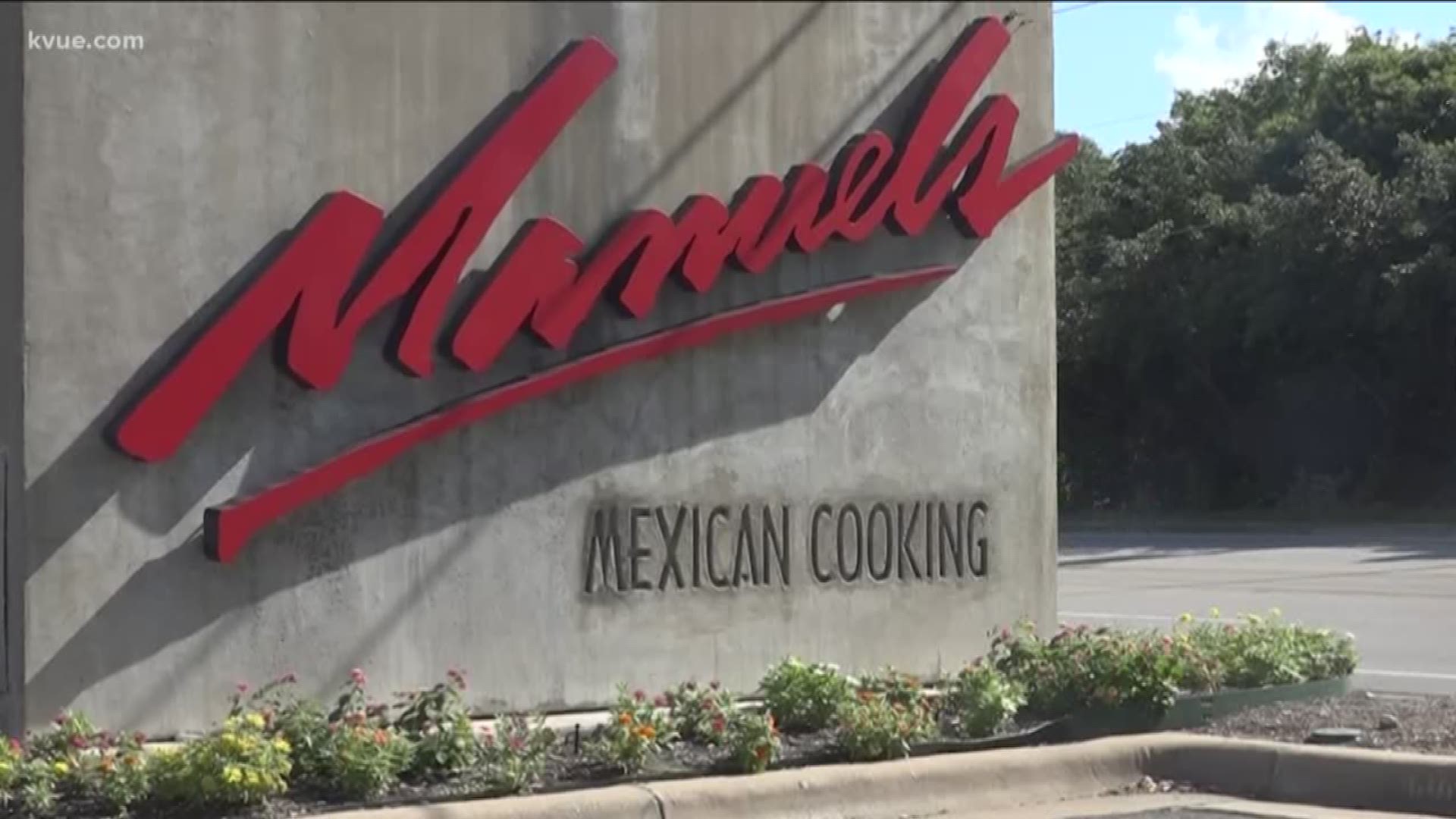 AUSTIN, Texas — Despite what you may have heard, Manuel's Regional Mexican Cooking of Great Hills will not be leaving Austin. Instead, the local restaurant since 1998 has decided to extend its lease through 2025.

The restaurant's current lease at 10201 Jollyville Rd. expires at the end of 2020, but it includes multiple renewal options. The owners of Manuel's have chosen to extend that lease through 2025.

A Chicago company known as Heitman Properties announced a massive redevelopment plan for the property and shopping center at the northwest corner of Highway 183 and Great Hills Trails, leading many to believe Manuel's could face demolition. When the developer's plans did not include keeping the restaurant and nearby movie theaters, objections were made clear at a number of neighborhood meetings and at Austin City Hall.

“To paraphrase Mark Twain, the rumors of our demise have been exaggerated,” said Greg Koury, founder and co-owner of Manuel’s. “We look forward to providing great experiences for our loyal patrons by serving high-quality, regional Mexican food at Manuel’s Great Hills for years to come.”

Closing for 'Nau': Beloved drug store puts a stopper on its soda fountain

Staff at Manuel's said the restaurant, along with its downtown location, which celebrates its 35th anniversary this year, are among the few original Austin establishments that remain to stand strong as growth continues at a fast pace all over the city.

"Family-owned restaurants like ours usually don’t survive the big rent increases that come with fast growth and redevelopment," said Jennifer McNevin, co-owner of Manuel’s. "They simply disappear or get replaced by uninspiring corporate chains that you can find everywhere. Each time this happens, the variety and flavors available to the community are diminished. Thankfully, our ground lease extension will enable us to stay right where we belong."

This also comes as a relief to some long-time customers.

"It’s probably one of the nicest patios in the city," said Fred Meyers, "one of these places that is like no other in the whole city of Austin."

For McNevin, she says she's passionate about small, local, family-owned businesses in the area and notices the change Austin has been going through.

"We lose something that's very precious that makes our city unique," said McNevin, "A restaurant is really not just a restaurant to us; it's a slice of life."

The first Manuel's opened at 310 Congress Ave. in 1984 with a mission to serve authentic regional Mexican cooking, rather than "Tex-Mex." Koury and McNevin run the company with their operations partner, Ahmad Modoni. The group also owns Changos Taqueria.

It's now legal for homeless to camp on Austin streets

Haunted hotel in Seguin will soon be open to overnight guests