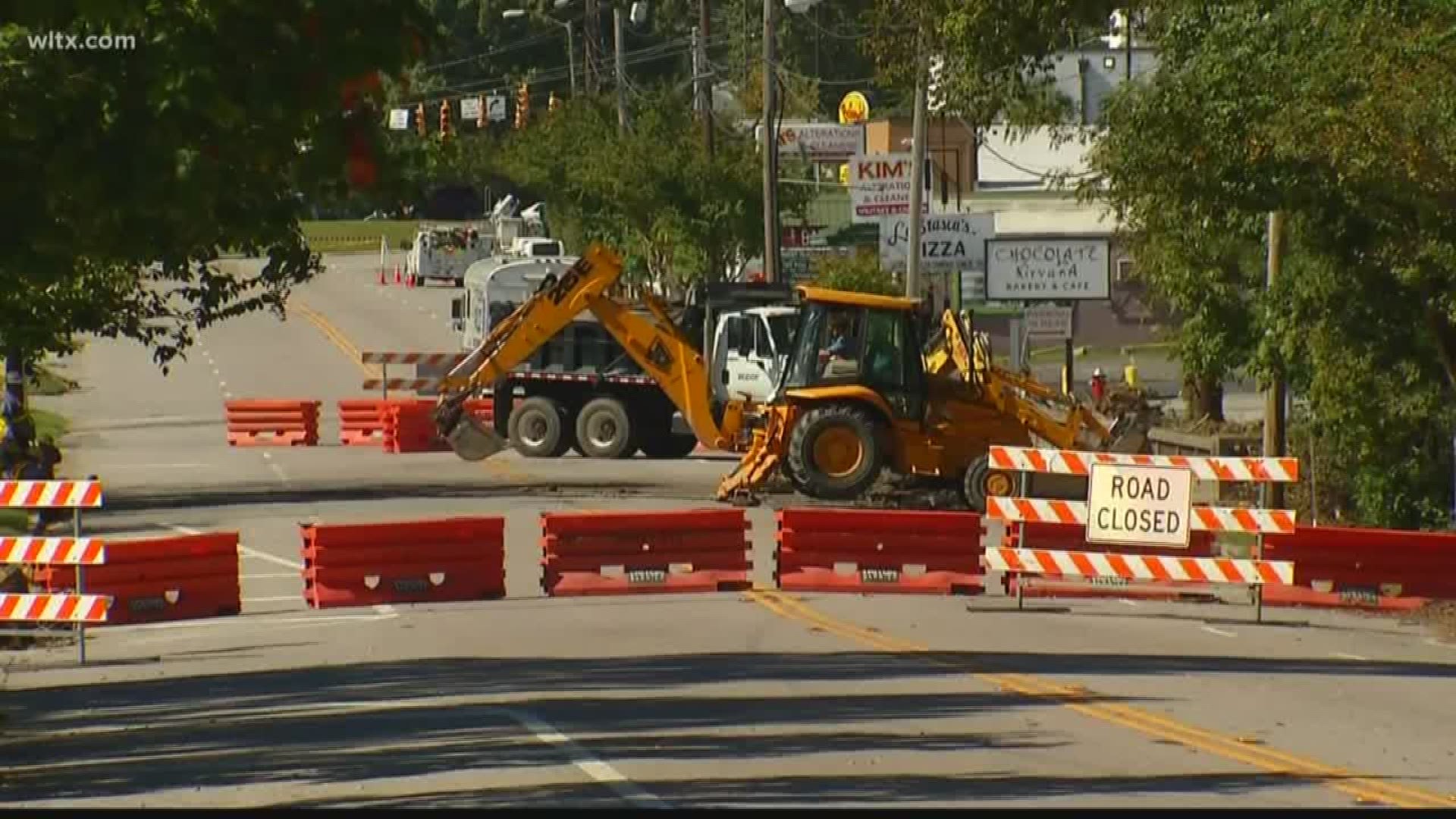 COLUMBIA, S.C. — One of the senior principals with the Program Development Team (PDT), which manages Richland County’s Penny Tax program, is pushing back on what he perceives to be negative headlines and perception about the PDT.

The PDT is made up of three companies: M.B. Kahn Construction, HDR-ICA, and Brownstone. The three companies in turn manage about 13 smaller firms that help fulfill the contract duties.

Rick Ott, a senior executive vice president with M.B. Kahn and a senior principal of the PDT, spoke with WLTX about the PDT’s contract, responsibilities, and said he wanted to clarify what he claims are misconceptions among government officials and the public about the PDT’s role.

What are the issues?

Recently, the Richland County Penny tax's spending has fallen under scrutiny after County Councilman Joe Walker wrote a letter claiming he had to sign a non-disclosure agreement to review summary documents about an audit into the program.

The council has also ordered the PDT to send more than a million documents to the county detailing penny tax expenditures, finances, and other relevant history.

In late September, the County announced it planned to release all of those documents publicly after a formal review and any necessary redactions. But so far, after numerous WLTX requests, the County has not released any of the documents nor indicated specifically when they will begin to be released.

Dating back to 2015 and 2016, the South Carolina Department of Revenue, which is charge of collecting the penny tax money and giving it to the county to spend, told the county it wasn't using all of that money properly. Specifically, the state agency found some penny tax money was being used for two outside public relations firms and by the county's small local business enterprise program for software and legal services that weren't transportation related.

The revenue department even tried to stop the money raised from the tax from going directly to the county. Eventually, the case headed to the South Carolina Supreme Court.

In 2018, the high court confirmed a ruling the County improperly spent more than one million dollars. The court said the revenue department had the right to tell the county how it should spend the money, but also ruled SCDOR couldn't withhold funding from the program. The county then promised to make changes to how the money was spent that would be in line with the court's ruling.

In an extensive interview covering the PDT’s role, spending, and recent headlines, Ott hit back at what he considers a negative perception about the PDT.

“The PDT does not write checks to anyone other than our own subcontractors, we do not control any public money. That’s a very important aspect. And, apparently, there are some folks out there that think we are spending public funds, we are not. We are only being paid for what we’re contracted for, by Richland County,” Ott said.

The PDT’s contract with the County to manage the penny tax covers a wide list of responsibilities, including estimations, safety, procurement, accounting, some conceptual design, right of way procurement, title research, scheduling, cash flow analysis, making recommendations on contractor payments, engineering inspections, and quality and quantity control, according to Ott.

RELATED: Richland Penny tax on the agenda for the county council

Ott clarified how the PDT viewed a 2018 state Supreme Court decision, which confirmed SCDOR’s finding that County money was misspent on public relations firms and a small business program.

“The Supreme Court had no findings against the PDT, their findings was that Richland County spent monies that they shouldn’t have. One, they were spending money on the SLBE program and the operations of that and that sort of thing,” Ott said.

“The public relations component, again, was something Richland County insisted upon and there is a portion of our contract that requires us to provide those services. Now, we were notified by Richland County to stop providing those services at some point in time, which we did, but again, no monies were misspent,” Ott continued.

In a February 2019 meeting, the Council voted unanimously to reimburse the penny fund for expenses “That should not have been paid out of Penny Transportation Fund,” according to the minutes from the meeting.

Also, in the Supreme Court’s decision, the PDT is listed at the top of the decision. A footnote later in the decision also states the following:

Ott said the PDT is not playing any role in the ongoing legal dispute between Richland County and the DOR.

“We were not a party, period, to the litigation between DOR and Richland County,” Ott said, restating the PDT had nothing to do with the SLBE program.

"We contract with Richland County and Richland County tells us how to spend money. Not the PDT, we didn't go out and just decide willy nilly how we were going to spend penny funds," Ott added.

Ott claimed there also was a misunderstanding of facts concerning a Cherry Bekaert audit, which was the basis of Councilman Joe Walker’s letter and other questions since July.

In a July letter, Councilman Walker claimed he had to sign an NDA to look at documents related to the audit.

“We had no problem with the County coming in and reviewing our internal books, how we paid our individual subcontractors, and what those monies were spent on. The Cherry Bekaert audit was that audit,” Ott said.

He continued the Cherry Bekaert audit is not an audit of the penny tax, but instead an audit of the PDT’s internal funds and financial handling. Ott also maintains the audit has been released publicly.

An audit report is listed on the County’s website for 2017. The document is 13 pages and is described as an audit report. WLTX asked Ott if it was normal for an audit of a program like the PDT to be a small number of pages.

“I mean they looked to see what we spent and did it comply with our contract? And the answer was yes it did,” Ott replied.

The audit report does give findings on the PDT, stating it did not express an opinion on the effectiveness of the PDT’s internal control.

The report also states Cherry Bekaert did not find material weaknesses, but did find two areas of significant deficiencies, including the one below:

WLTX also asked Ott about the Council’s recent decision to freeze all management payments to the PDT for the last month of its contract.

“Well, we’ve not been notified in writing of any frozen payments. We’re not aware of anything in the contract that allows the County to do that. I will tell you, if they do that, it has put a real burden on some of the 13 firms that are very small firms, and some of them could very well be put out of business. Because, the County’s failure to pay for work that we have already performed. We don’t do any work that the County doesn’t authorize us to do,” Ott said.

Ott added the PDT is unaware of what discussion between Richland County and the SCDOR led to a special called meeting on Tuesday night.

“We make ourselves available, we are a completely transparent organization and all the information we’ve developed and created is property of Richland County and they have had access to all of that information since day one,” Ott said.