Aging water systems: How the pipes can affect the quality of drinking water

Many of the lead, concrete or cast iron piping used in early water systems could be crumbling. The replacement of aging water systems is a concern around the nation. 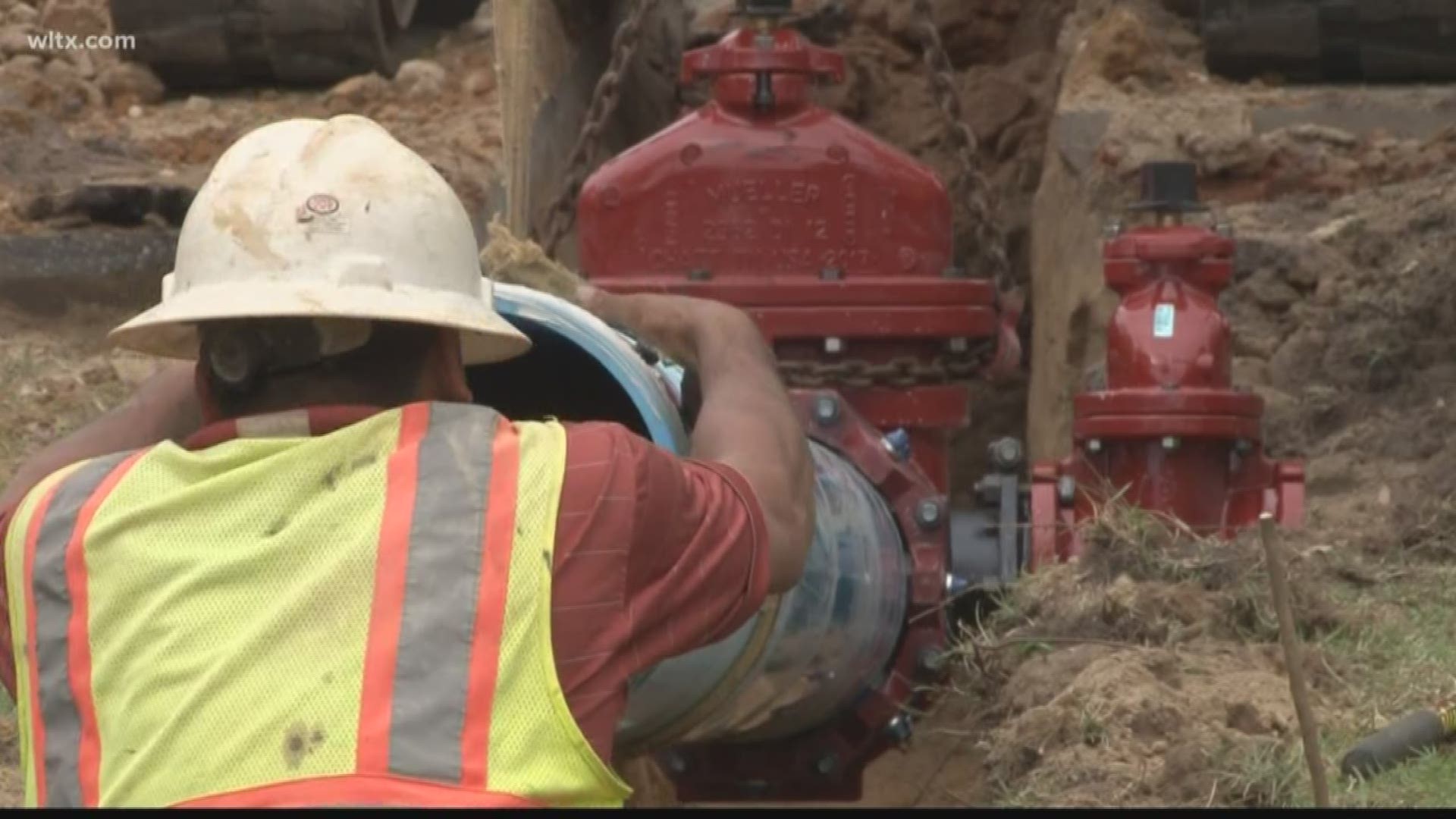 COLUMBIA, S.C. — In the Midlands and throughout the nation, cities are facing aging water systems. A majority of the water systems in the ground now were put in place in the late 1940's and 50's.

The types of pipes in those aging systems include lead, galvanized steel, concrete and cast iron.

"PVC pipe or plastic piping and ductile line pipe," says Josh Rabon, managing partner for Civil Engineering of Columbia. "Those are the two main types of pipes that are installed now."

"A lot of the old pipe material the galvanized, the cast iron the concrete, those aren't put in now," says Rabon. "Those are the ones that were put in so long ago."

Those older pipe materials have a 60 year life span.

"The PVC is probably a 50-70 year lifespan typically," says Rabon. "The ductile probably pushes a 100 year lifespan. So, the pipes in the ground now are definitely have reached the end of their lifespan, if it hasn't already passed."

Many cities around the state are replacing those old pipes with new ones. However, cities can only go so far.

RELATED: Water concerns continue to plague the City of Denmark after controversial chemical taken out of system

For example, your city or municipality controls water lines throughout the city, but after the water meter on your property, the pipes are your responsibility.

"As far as expense goes it could be a very expensive undertaking," says Rabon.

It could cost thousands of dollars to replace.

Some water treatment facilities, like in Columbia, use chemical compounds in the water to treat potential corrosion of pipes in homes, but the the easiest solution for homeowners who are concerned about their water quality could be to use a filter.

"Even discolored water could very well be safe," says Rabon. "But if it doesn't look clean that doesn't give you much peace of mind."

Here are links to different water quality reports around the Midlands: