Calvin Witherspoon Jr. and Derrick Roper both died in their homes at Allen Benedict Court from carbon monoxide poisoning nearly four months ago. Now some residents who were displaced are finally moving out their belongings. 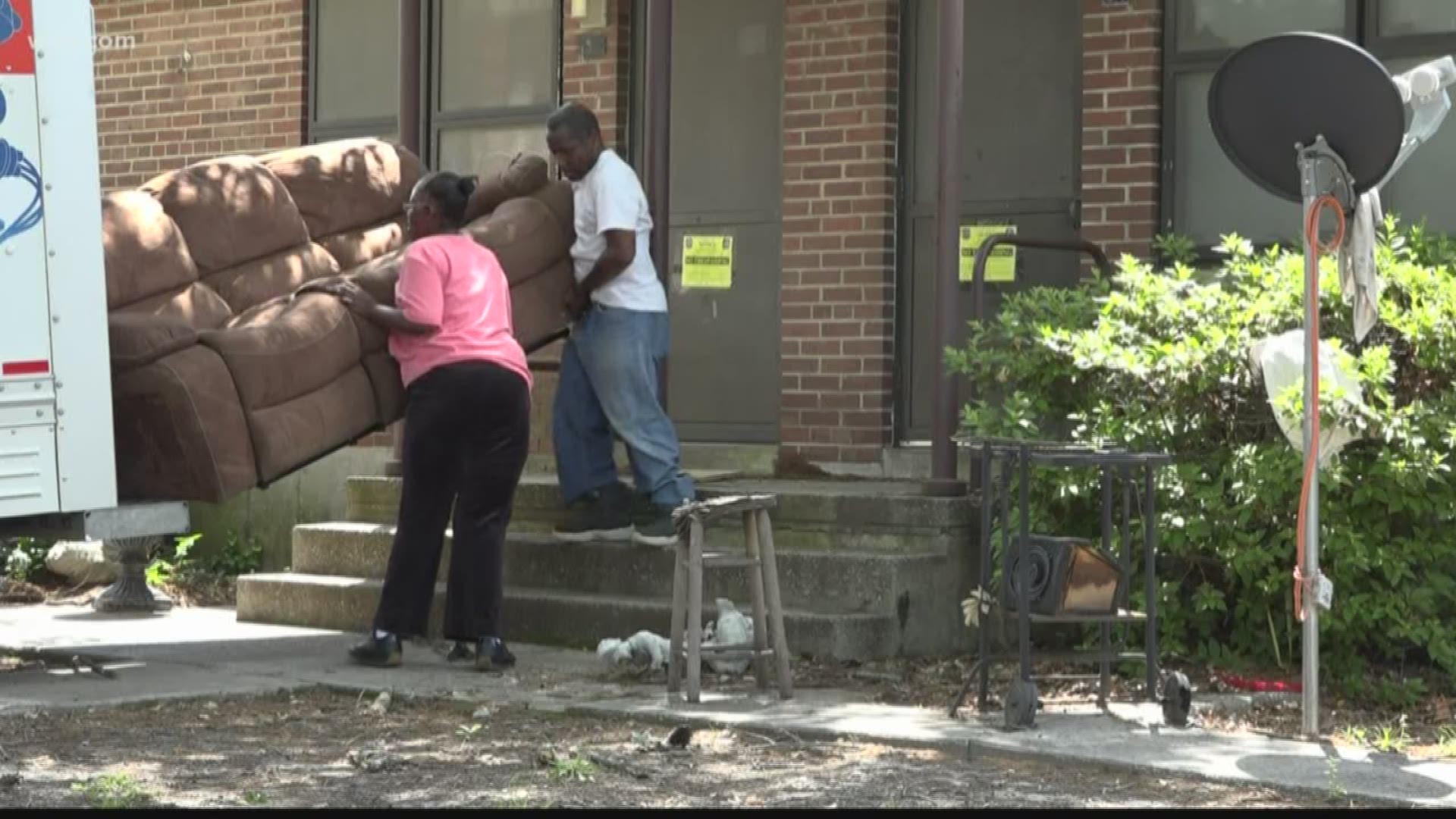 COLUMBIA, S.C. — (WLTX) --It's been nearly four months since a gas leak took the lives of Calvin Witherspoon Jr. and Derrick Roper. Both men died inside of their homes at Allen Benedict Court apartments.

That same day back in January more than 400 people were evacuated from their homes on a moments notice.

On January 16th calls to 911 started the first of many clues there was something going on at Allen Benedict Court apartments. Two 911 calls came from inside of unit J-2, which sits directly between the units two men were found dead in hours later.

Now, nearly four months later residents are still moving out their belongings after being evacuated.

Faded yellow no trespassing signs and left behind items are reminders of that day for former residents Cathy Pearson and her fiancé Richard Young.

"To be honest with you, if I didn't have to come back and get my stuff from here I wouldn't even of come back here," Young said.

The couple is finally moving after having no where else to go, shuffling from hotel to hotel since January.

But the memories from January 17th will haunt them forever. Both Young and Pearson lived in unit J-4, but he said he was in J-2 when his neighbor needed help.

"When we called the 911 I felt a headache that I never experienced before and I thank God I still had the strength to where I could of gotten up and got out the door," Young said. "I was so scared I didn't know what else to do but to call 911. When you get that experience, the headache experience that sickness feeling that you never experienced before it's really really strange you know something is definitely wrong."

Both Pearson and Young said they complained multiple times about maintenance issues in their apartment. From our Deep Dive investigation into maintenance records, we found in 2018 Pearson put in 11 work order requests. Eight of those were for no hot water, the rest were for leaks and other plumbing issues.

"Life has been hell," Pearson said.

On top of losing their home of three years, they also lost their best friend and neighbor, Calvin Witherspoon.

"He was my best friend," Young said. "Matter of fact before all this happened me and my fiancée made him breakfast."

And when Calvin never showed up to eat, they new something was wrong.

"I had cooked grits and salmon and eggs that morning and I knocked on the window," Pearson said.

A wall, the only divider separating the couple from Witherspoon's bedroom.

"I said fat daddy are you up yet because I got breakfast and he didn't answer me," Pearson said. "And I said I wonder where fat daddy go to this early, he don't go out."

A last meal they never got to share together.

"When they opened his door and when they ran out it was like they just took my life from me right there," Young said. "Calvin was a beautiful man, actually he would give you the shirt off his back if anything he could help you with he was there."

Saying goodbye to Witherspoon was not easy for Pearson.

"I live a nightmare," Pearson said. "Every time I come through here cause I can hear his laugh. He would go OK Ms. Cathy I'm coming, I'm coming baby girl, just wait a minute. He was the sweetest man you would ever want to meet and fate didn't take his time Allen Benedict took his life, like they almost took mine."

Cathy Pearson and her fiancé Richard Young just moved out their belongings on Wednesday, nearly four months since the evacuation of Allen Benedict Court. 17 out of 237 families are still living in hotels.