Honoring a civil rights legend who was a man of the people. 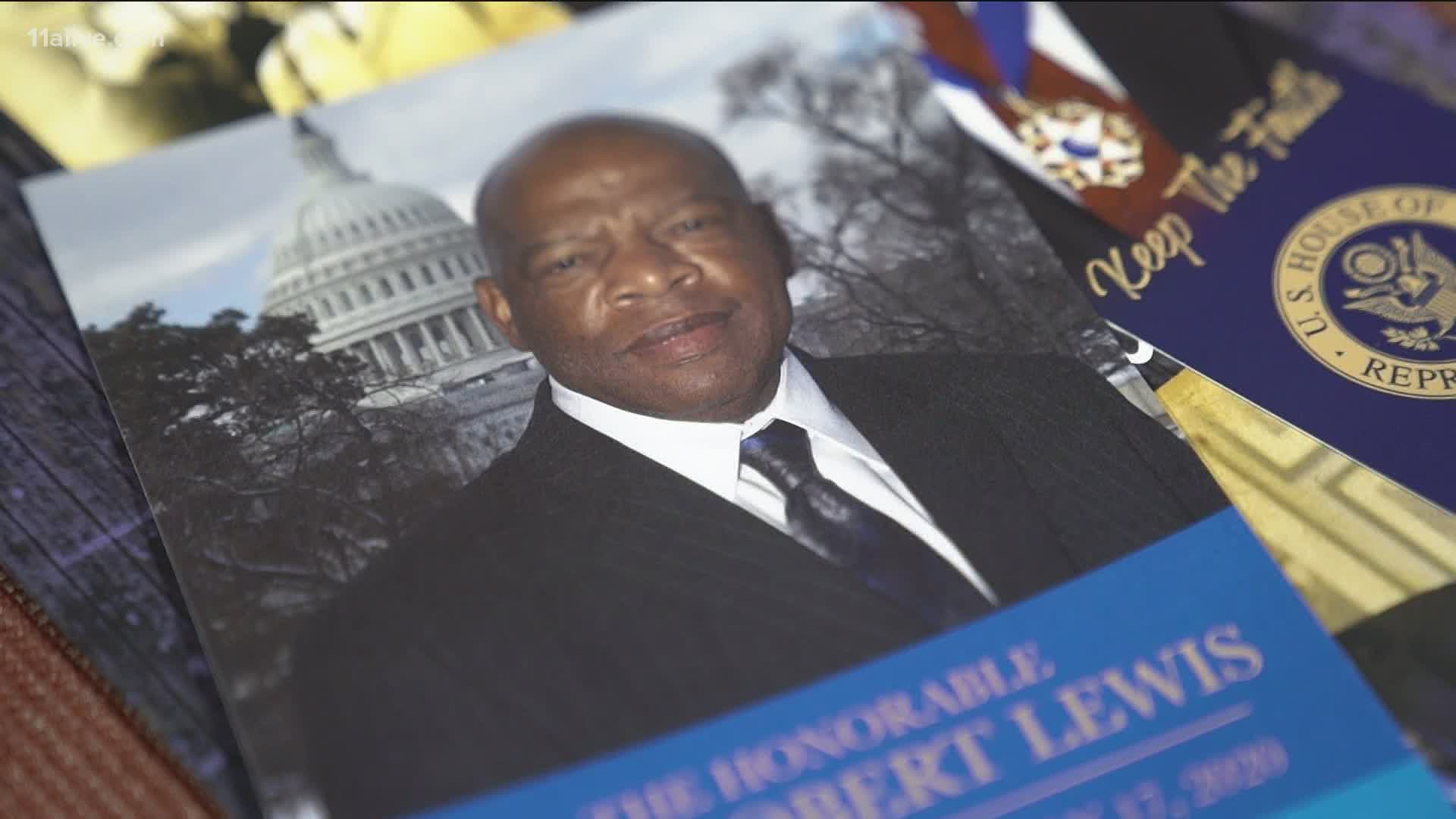 ATLANTA — 11Alive will provide continuing coverage of the final journey of Rep. John Lewis throughout the weekend. Follow us on 11Alive.com and on our YouTube page.

On Saturday morning, as the sun rose over the city that Rep. John Lewis called home, a hearse quietly left Willie Watkins Funeral Home on the city's west side bearing precious cargo.

On board, the body of US Congressman John Robert Lewis, a son of Alabama sharecroppers, who became a titan of civil rights and a man of the people, began its long, final journey.

After arriving in Lewis' home town of Troy, Alabama, a service in celebration of "The Boy From Troy," was held at Troy University's Troy Arena.

Following those services, an opportunity was provided for the people of Lewis' home town to say goodbye to their native son during a private viewing.

The celebration of Lewis' life continued at Brown Chapel African American Methodist Episcopal Church in Selma Alabama. The church served as the starting point for the voting rights march to Montgomery on March 7, 1965.

Selma was the location of the 1965 civil rights march that would eventually become referred to as 'Bloody Sunday.'

A young John Lewis nearly lost his life as he and hundreds of other marchers were brutally beaten by white law enforcement officers as they crossed the Edmund Pettus Bridge in Selma, attempting to march to Montgomery.

RELATED: Life of John Lewis to be celebrated over 6 days of ceremonies

Lewis will lie in repose at Brown Chapel AME Church in Selma from 9 pm to 12 midnight, ET.

The events in celebration of the life and legacy of John Lewis will continue throughout the entire week.

We invite you to watch each of the events as they are presented here on 11Alive.com and on our YouTube page.

Brenda Wood's Last Word on Congressman John Lewis: 'We didn’t deserve him. But Lord, did we need him!'

Congressman John Lewis to lie in state at U.S. Capitol