Car fire causes some excitement when ammunition explodes inside

No one was injured in the fire that happened early Monday morning. 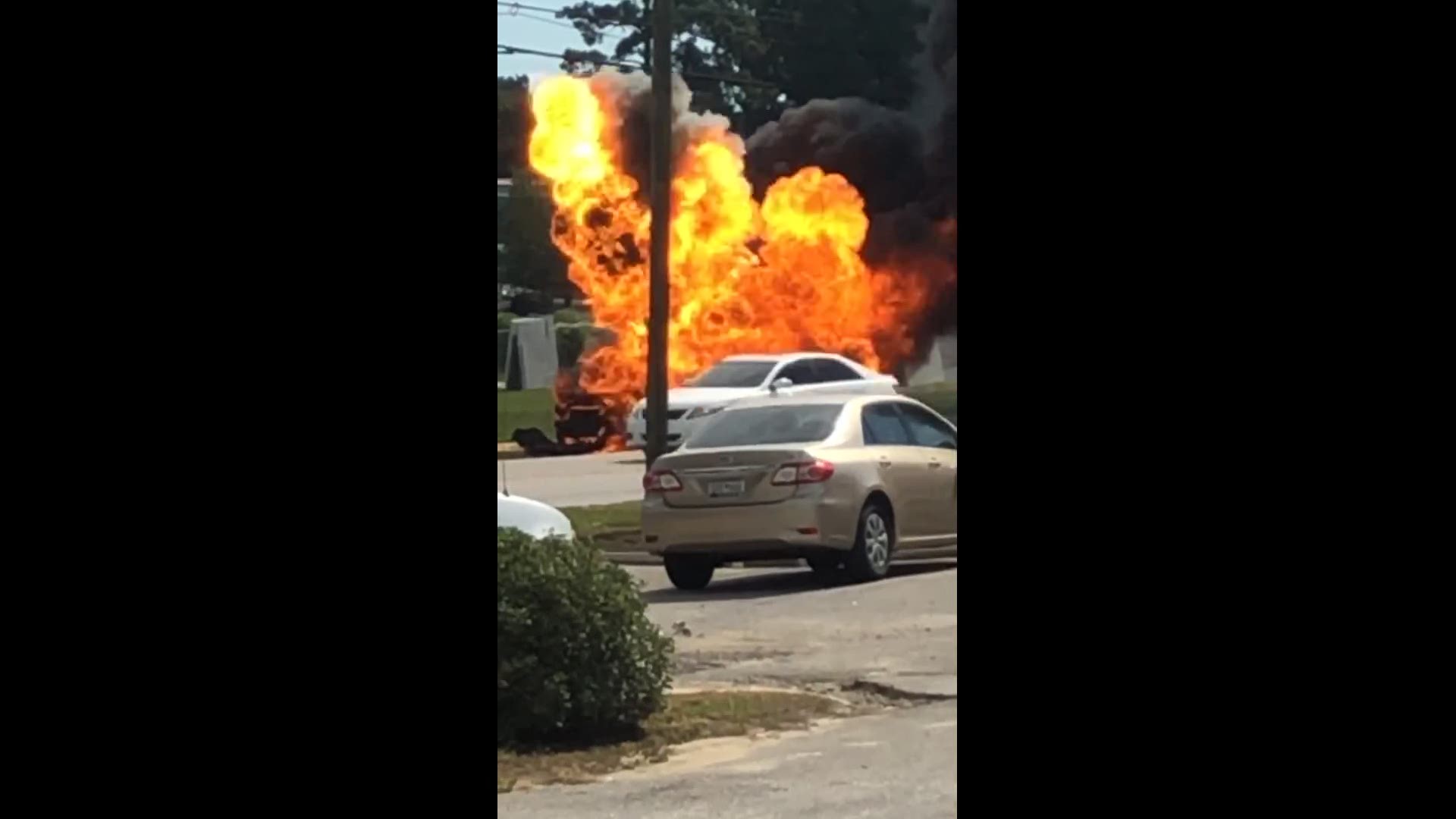 WEST COLUMBIA, S.C. — West Columbia fire fighters paused in the middle of their efforts to put out a car fire Monday morning when rounds of ammunition inside the car exploded due to the heat of the fire.

According to West Columbia Fire Chief Soloman, the call came in a little after 10 a.m. in the 900 block of Sunset Boulevard. When the battalion chief and fire fighters arrived, the car was totally engulfed in flames.

As firefighters worked to put out the blaze, ammunition rounds inside the car began to explode, causing fire fighters to back off until all the rounds had exploded.

"It was just a few rounds, no one was hurt," said Chief Solomon, who said they stopped when they heard the rounds. The car fire happened near the shooting range called 'Shooters Choice.'

No word yet on what caused the fire, which remains under investigation.