The City of Denmark plans to make $2.3 million worth of upgrades to their water distribution system. 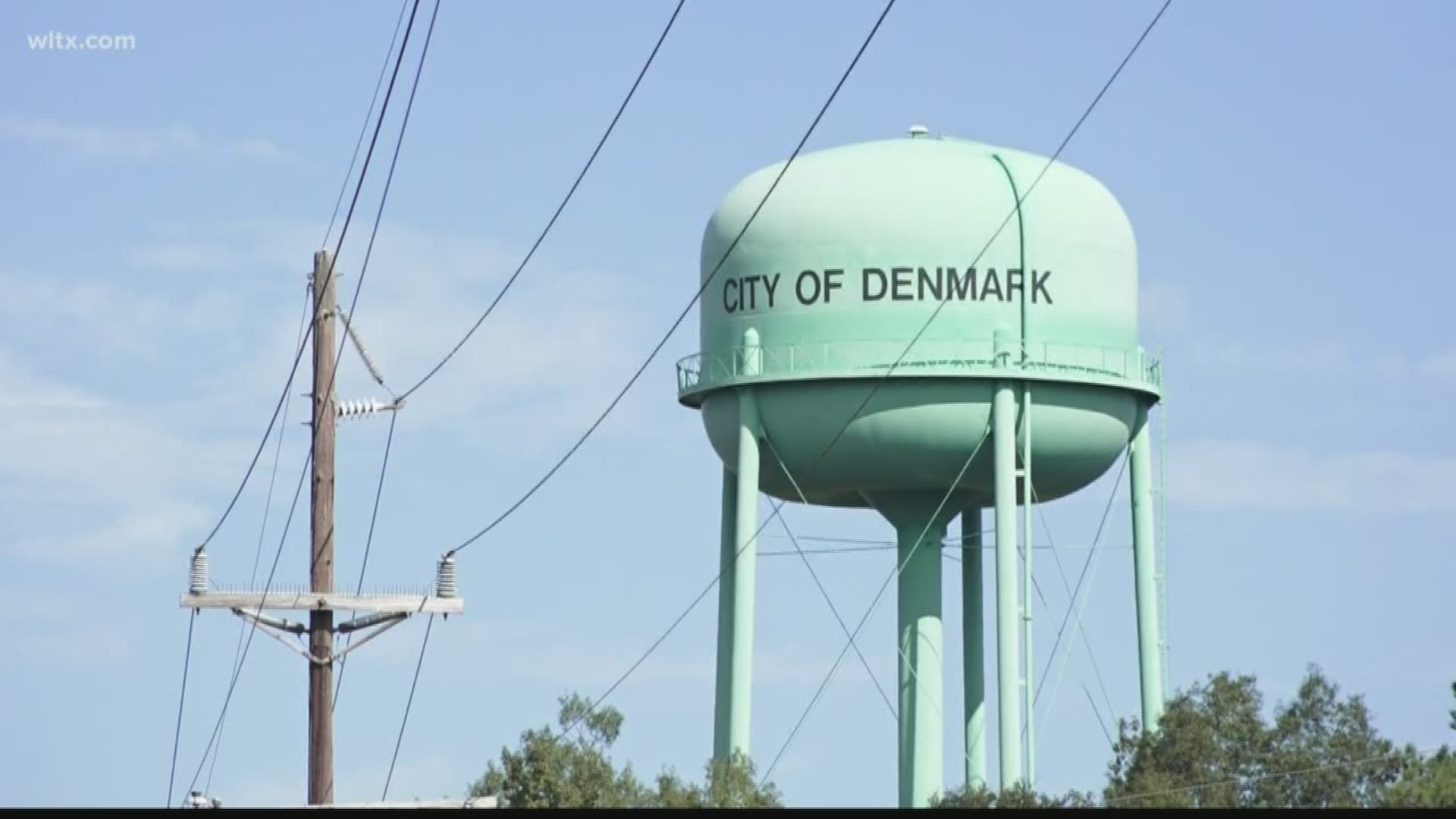 DENMARK, S.C. — The City of Denmark is expected to put in $2.3 million worth of upgrades to their water distribution system. This comes after nearly two years of concern from residents over what's in their drinking water.

"We don't use the water," says Deanna Miller Berry.

She's been living in Denmark for the past six years and founded Denmark Citizens for Safe Water, an organization focused on improving the water quality in the city of about 3,000 people.

Instead of drinking the water, she drives about 20 minutes away to Healing Springs, filling up several dozen containers for drinking water.

The distrust stems from a history of concerns from residents over the water in the City of Denmark.

RELATED: Aging water systems: How the pipes can affect the quality of drinking water

In 2008, the city started adding a chemical called Halosan to treat an iron bacteria in one of the four wells in the water system. The chemical was approved by the State Department of Health and Environmental Control (DHEC). According to DHEC's website "HaloSan was approved by the American National Standards Institute/National Sanitation Foundation (ANSI/NSF) and deemed safe for its intended use."

For a decade, HaloSan was used to disinfect the Cox Mill Well. Now, there are questions on whether or not that cleaning agent was safe.

Although the DHEC website says the product was approved, in early 2018, it was discoverd that the chemical was not approved or registered by the Environmental Protection Agency (EPA).

Now, the use of HaloSan is at the center of two class action lawsuits against the City of Demark.

One of the class action lawsuits says:

"HaloSan is a disinfectant typically used to treat pools and spas. It is not approved by the United States EPA to disinfect drinking water. According to the EPA, HaloSan has not undergone the necessary evaluations as part of the pesticide registration process. Thus, the EPA cannot confirm the safe use of the chemical for the disinfection of drinking water."

Credit: WLTX
Containers of HaloSan can still be seen at the Cox Mill Well, a well taken off line in the City of Denmark.

The city has since stopped using HaloSan and has shut down Cox Mill well, the only well where the chemical was being used. Still, there's a lack of trust in the quality of water.

Letitia Dowling, founder of Denmark Cares, says now that the chemical has been taken out of the system, she doesn't believe the water is unsafe. However, she still has questions as how DHEC approved the chemical in the first place.

"When I saw that the HaloSan had been stopped and the water had been flushed, I kind of believe that the results are what they are," says Dowling. "I still have questions because when people still had discolored water, EPA should've said maybe these levels aren't right if the city is still seeing this. Until the EPA changes those standards, of course what is DHEC going to say, it's okay, because according to their boss this is what it should be and it was falling under that."

In April of 2018, DHEC, the Edisto River Keeper and researchers with the University of South Carolina conducted a study on what what present in Demark's drinking water.

"We measured for 25 different things, including lead, iron and manganese," says Dr. Richardson. "We found nothing exceeding EPA's limit's which is kind of what we expected."

"We knew we weren't going to find high levels of lead in the groundwater," says Dr. Richardson. "That would just be something very atypical. So now measuring at the taps. I would love it if they go and measure more of the taps. It would be good to sample the hot spots where people have had concerns before. I think that would go a long way towards bringing that trust back with the citizens."

It's that trust that Berry hopes to have again, but she says it's going to take a while to rebuild it.

"That's what fuels me," says Berry. "The hope that we can come to a resolve and fix environmental injustice nationwide."

"The water is safe," says Mayor Gerald Wright of Denmark. "We've never distributed water that was unsafe for our citizens." 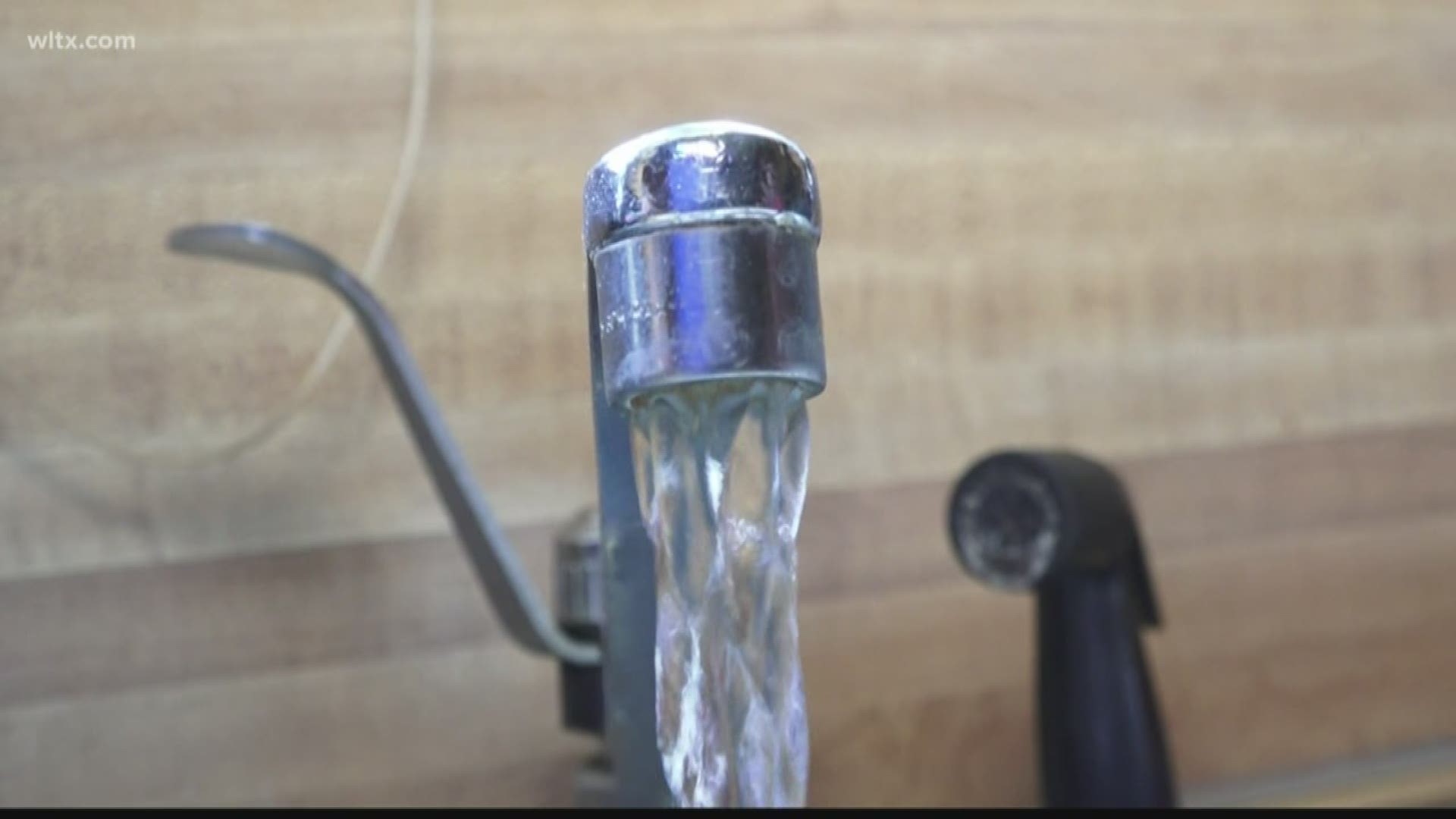 Mayor Wright says the water in the City of Denmark has always been regulated by DHEC.

"It [HaloSan] was just not a chemical that EPA had tested and put on the approved list, but the recommendation of it's use came from the regulatory agency here in the state," says Wright. "DHEC operates with people who are qualified and trained so we had no reason to think they would recommend something that was not safe. I still think it was safe."

With the Cox Mill Well no longer in the system, the iron bacteria is no longer a concern for the water.

"That's one thing that's tested regularly, along with a lot of other parameters," says Charles Shugart, public works director for the City of Denmark. "If it ever shows up, we might have to had some other treatment one day, but right now there is nothing else showing up."

Currently the water is being treated with a chlorine gas, a common treatment for well water.

What the city is focusing on now is their aging distribution system. The system has been in place for 75 years. Now the city is moving towards modernizing the system, starting a website to share where nearly $2.3 million in upgrades will go.

The upgrades include the replacement of water mains, rehabilitating the water towers and adding a new 500,000 gallon, elevated storage tank. Changes also include upgrading the now three remaining wells in the city.

"We've had success in getting assistance in the cost of that," says Wright. "We couldn't locally fund that in any reasonably amount of time. We've gotten grant money and loans."

Some of the grant funding came from the South Carolina Rural Water Association, that helps rural communities bring aging water systems into the 21st century.

When asked about DHEC's role in the use of the chemical, HaloSan, DHEC pointed us to their website, outlining Denmark's public water system.