Civil Rights icon John Lewis and his relationship with SC

During the Freedom Rides in the 1960's, John Lewis passed through Rock Hill, SC. 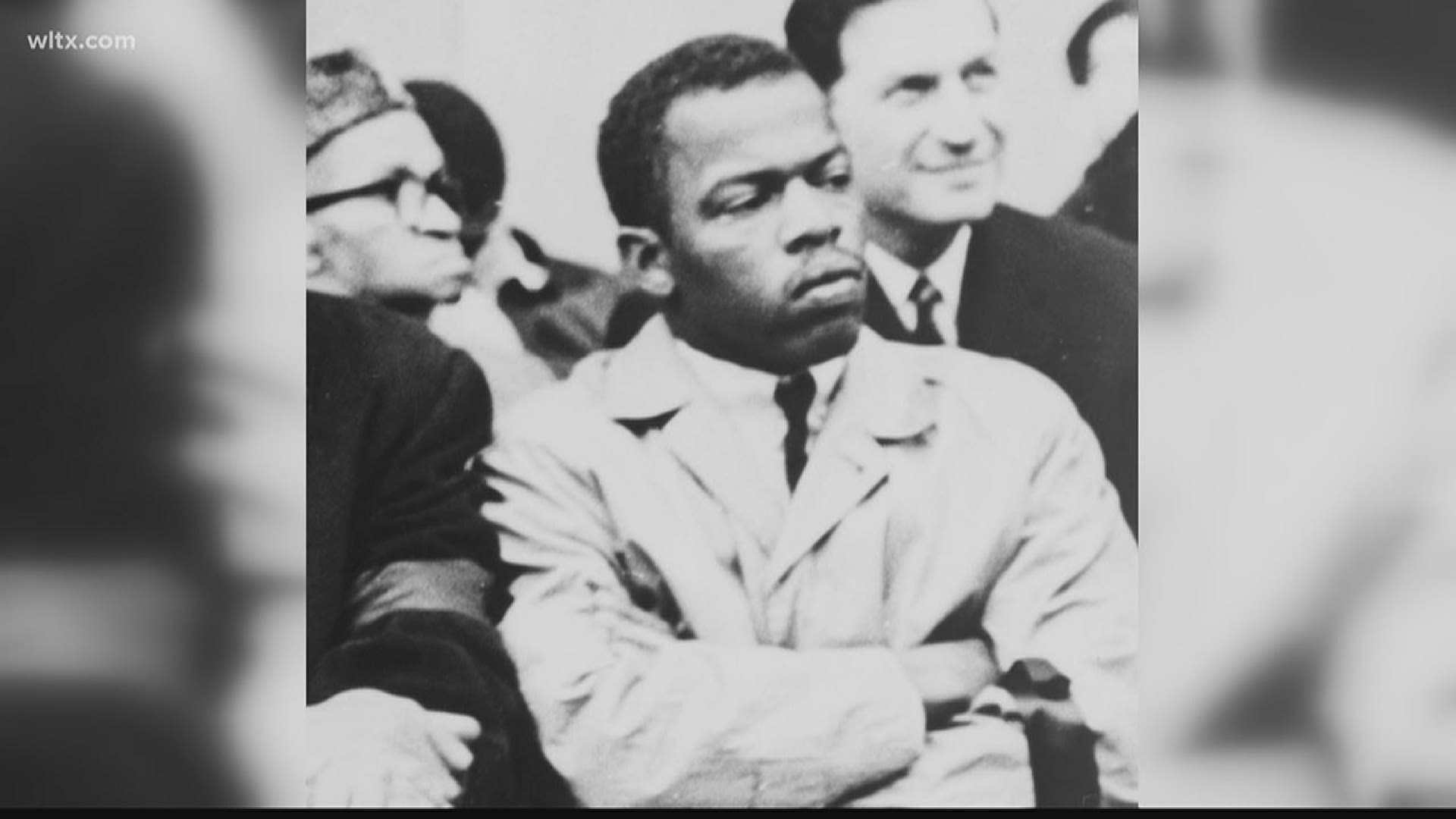 COLUMBIA, S.C. — From marching in Selma to helping to organize the 1963 March on Washington, it’s no doubt Lewis will hold a lasting impression as an American Civil rights icon.

Part of his journey brought him to South Carolina with the Freedom Riders.

Earlier this month, he tweeted his arrest photo from Jackson Mississippi for ,using a “white” labeled restroom during the freedom rides in 1961. That same year Lewis passed through Rock Hill, South Carolina, and was beaten bloody at a Greyhound Bus Stop.

“On the Freedom Rides of 1961, my seatmate was a young white gentleman," Lewis says in a 2012 C-SPAN interview, "The two of us arrived at a little bus station in Rock Hill, SC. We were beaten, left bloody, left in a pool of blood.”

RELATED: John Lewis' life impacted many here in the Midlands

“It’s a testimony to his character," says Congressman Ralph Norman who represents Rock Hill says Lewis was a man of great conviction.

“He has a history here with the people who-particularly there was two that did it- and he took their apologies and forgave them," Congressman Norman continues, "I think he was a Christian man who, again, carried out his beliefs and you knew when he spoke, it was from the heart.”

“I am a better person because John Lewis dedicated his life to making the American experiment a reality for people who look like me," Democratic party advocate and WLTX Insider Antjuan Seawright says. Seawright remembers Lewis encouraging him to make “good trouble.”

“Who knew that the son of a sharecropper from Troy, Alabama would make his way to South Carolina to really stir up some of the most important trouble that this state’s history could ever be about," Seawright smiles, "We often don’t hear about that, we don’t read about that, there’s no statue or monument honoring that part of history- a history that we all should be proud of because it is history that has made us all better.”