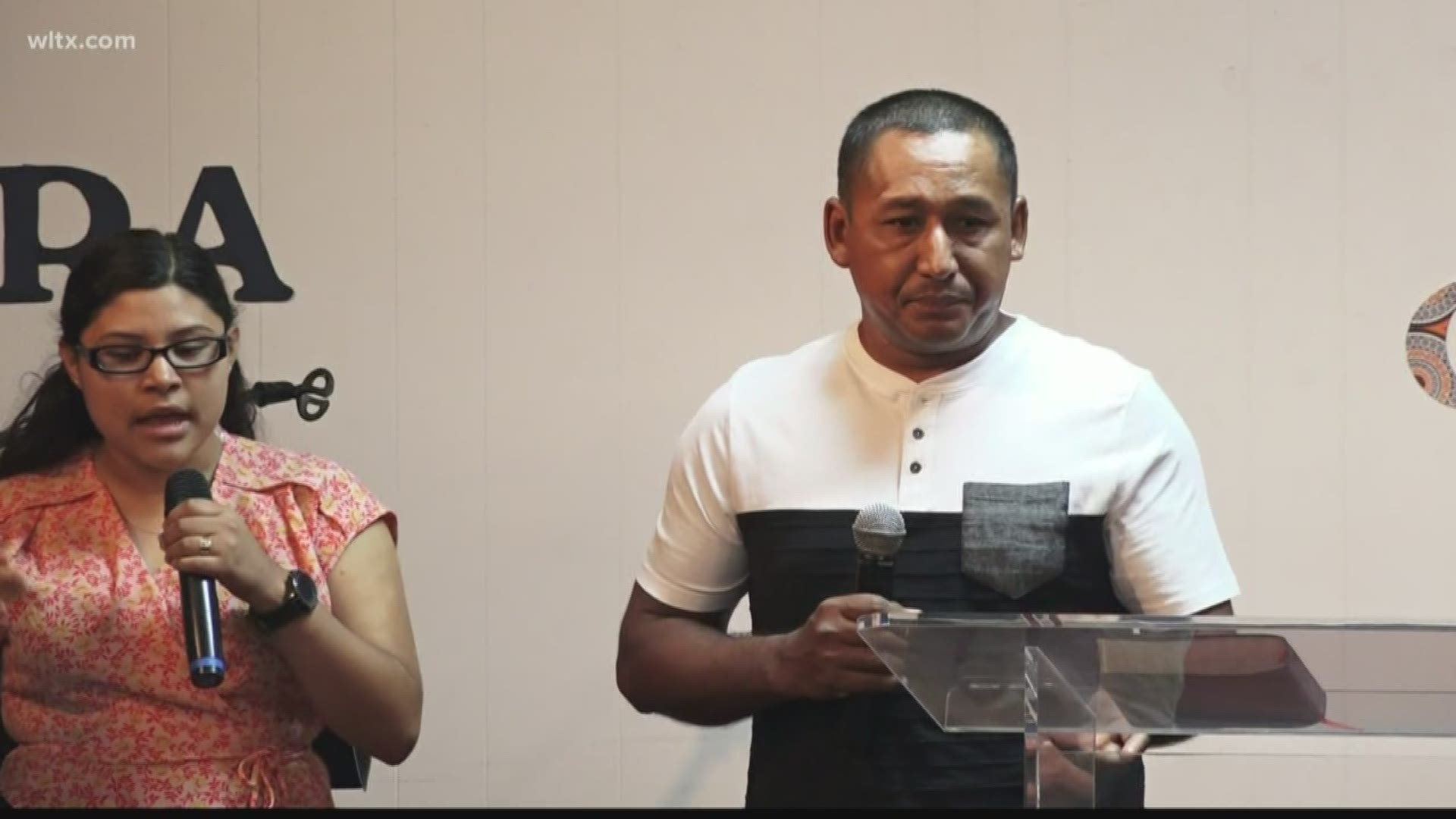 COLUMBIA, S.C. — On Monday night, one day after a shooting at their church, members of the Centro Cristiano de Columbia Church gathered for a prayer service.

They prayed for the recovery of 23-year-old Esvin Perez, who is in critical condition after being shot during an armed robbery at the church.

Investigators say a man walked into the church on Sunday morning and opened fire, demanding money. Witnesses say he shot Perez in the stomach before his gun jammed.

While the shooting shook the church community, Pastor Henry Alfaro says they did not lose faith.

"(Translated from Spanish)... Esvin is in that bed, but not a single drop of blood that he shed will be in vain, because God is going to do something through his story," says Alfaro. "When I tell people who are watching us through social media, wherever, that this battle, the Lord wins it."

Deputies with the Richland County Sheriff's Department will be positioned at the church for added security.

The church will be holding a joint prayer service on Friday with the Rosewood Baptist Church.