Studies show Black women in the South are not breastfeeding their babies at the same rate as other races. Mocha Mamas Milk is trying to change those statistics. 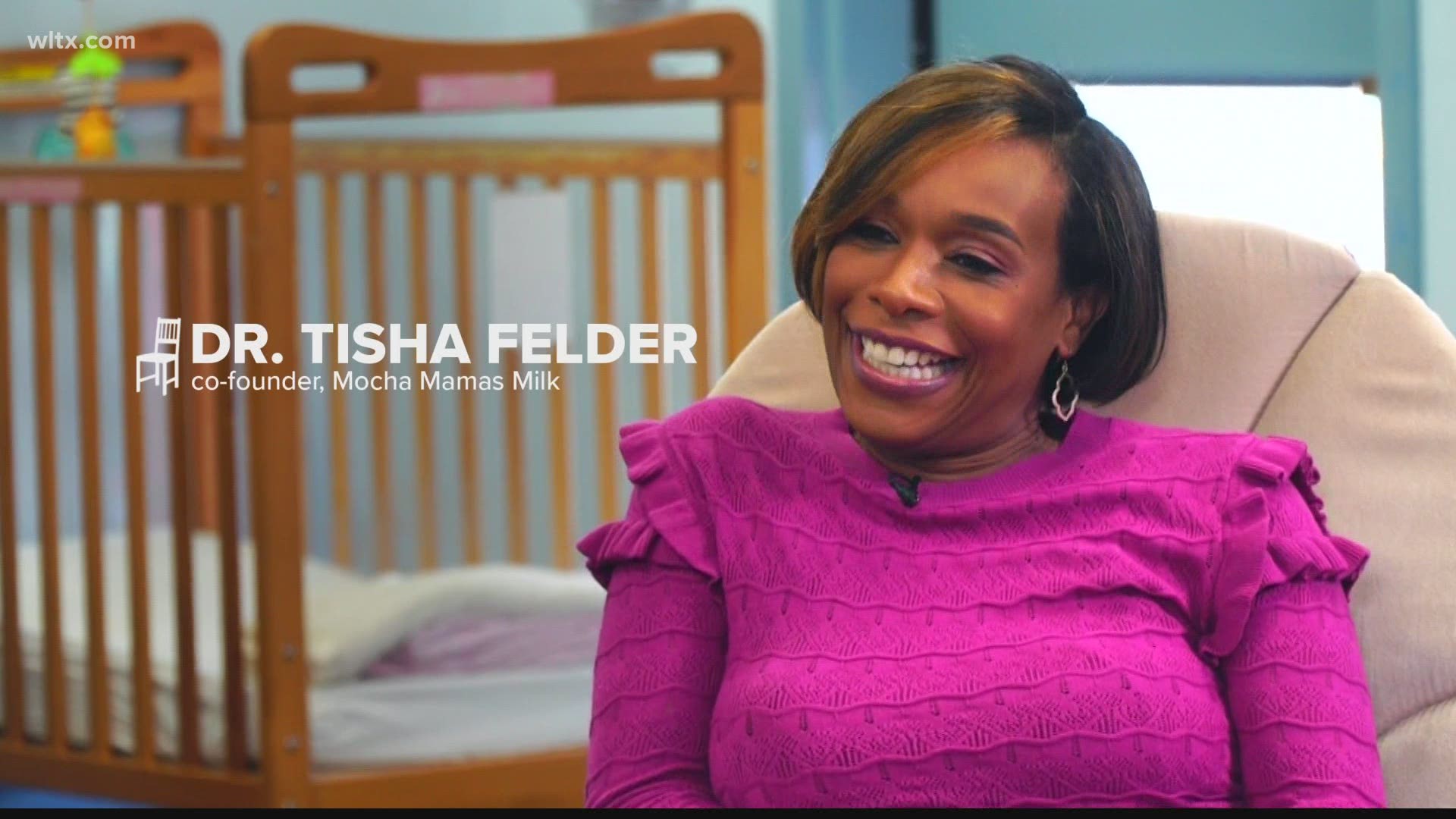 COLUMBIA, S.C. — Dr. Tisha Felder has more than just a seat at the table. Some would say she, along with her co-founder Dr. Joy Jackson of Mocha Mamas Milk, are building the table, and crafting the menu all at the same time.

As the mother of 3, Felder says that this is a very personal and professional project for her. She reflects on the benefits of being able to breastfeed all her children, recognizing that because of COVID-19 and her new work schedule she was able to nurse her youngest child the longest.  Each child represents for her the uniqueness of the experience and a kinship to what other new mothers might be experiencing.

Dr. Felder says oftentimes when people think about breastfeeding they assume it will be easy because it is natural, but for so many new mothers it can be a difficult process that too many give up on too soon because they don’t have support.

Dr. Felder’s background is in behavioral science with a focus on cancer research. She was at a large cancer conference, when a key lecture on breastfeeding and the connection to cancer peeked her interest.  She saw the need for more research and new that combining her knowledge with Dr. Jackson’s experience they could really make a difference in the lives of mothers and babies living in South Carolina.

Dr. Jackson is a maternal obstetrics nurse by trade and Dr. Felder is a breast cancer researcher by training. Out of that partnership,  Mocha Mamas Milk was birthed.

Mocha Mamas Milk is a research team at the University of South Carolina College of Nursing focusing on the impact that breast feeding has specifically on African American mothers and infants.

Research from the Centers from Disease Control shows that 75% of white mothers in South Carolina, begin breastfeeding at birth compared to only 55% of Black mothers.  Researchers say that is unlikely that mothers will begin breastfeeding later because the milk supply has to build up from the birth of the child.

Felder says there are a number of reasons why this is happening.

The biological impact on the health of the mother and child are unquestionable. Researchers say human milk has proven to be best for babies eliminating a number of common childhood illness like ear infections, colds and diarrhea. Breastfed babies are less likely to develop asthma. Children who are breastfed for six months are less likely to become obese. Breastfeeding has also been shown to reduce the rate of Sudden Infant Death Syndrome.

Mothers who breastfeed have a decreased risk of breast and ovarian cancers. Infant mortality statistics show that Black infants are more likely to die than other babies regardless of where they live. Dr. Felder says, “Breastfeeding could reduce about half of that if more Black mothers had the support that they need.”

Dr. Felder says there are number of reasons for why Black mothers are not breastfeeding.  Some reasons date back as far as slavery and others are less complex and based on preference.

Historically, Black women have not always been able to raise and nurture their children the way they wanted. When you look over time, Felder says at one point there were very strategic marketing campaigns that targeted Black families with formula. Felder says to choose to breastfeed is not a lifestyle choice and it should not be seen that way. She says there is tremendous benefit in learning how to breastfeed from people who look like you. She says that there are many people who do not understand the powerful nature of breastfeeding.

When asked what drives her to do this every day, Dr. Felder says she has a genuine, inward passion for helping people. She understands through Mocha Mamas Milk she is not only  providing support, education and care, but also documenting the impact that breastfeeding is having on women.