Folami Geter hopes her food will open people's minds about veganism, and how a meatless meal can taste. 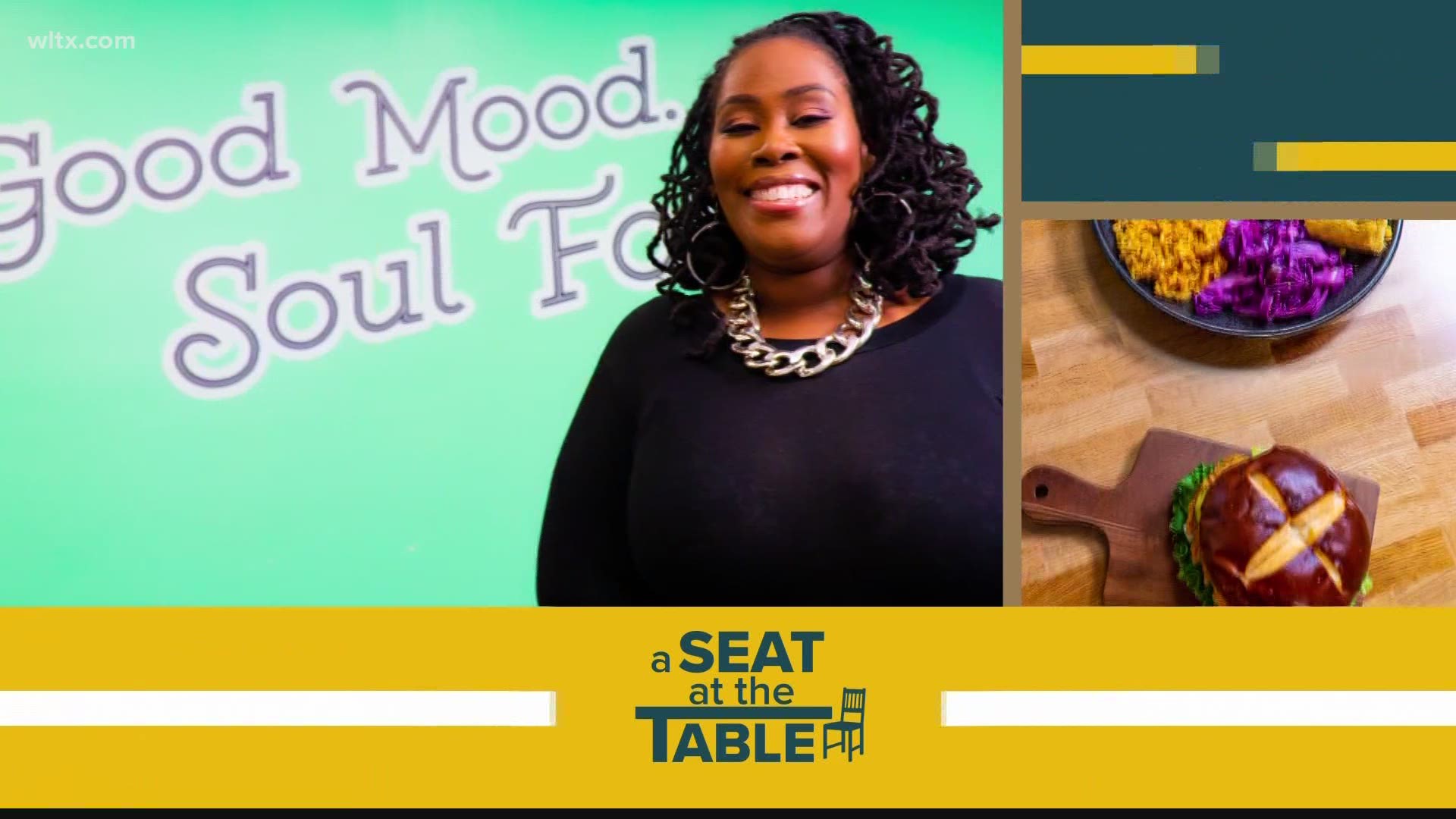 COLUMBIA, S.C. — Good food that's good for you, and for your soul. Folami Geter, the owner of a Peace of Soul Vegan Kitchen, is shattering misconceptions about veganism and opening minds across the country to the possibilities of what a healthy diet can taste and look like.

"If we really dissect what soul food means, then we're not that far, " Geter said. "Soul food is food that feeds the soul; it's food that makes you feel good, it's food that nourishes your spirit."

As a lifelong vegetarian, Geter believes plant-based meals are one of the best sources of soul food.

Her parents stopped eating meat before she was born, so Geter was raised vegetarian. She says she was the only vegetarian at every school, which was, at the time, a "big deal."

"Imagine me at the lunch table with a pita pocket full of veggies and everybody else with pizza and potato chips," she said.

As the resident vegetarian, she constantly explained and taught people about this lifestyle, similar to what she does today. In college, she transitioned to a vegan diet and never turned back.

In 2005, her father opened Lamb's Bread. She says it was one of the first vegan restaurants in the Southeast. In 2014, she decided to buy the restaurant.

"It had become a household name like people knew we were here, but it wasn't necessarily my vision."

Geter says she loved that it was a vegan restaurant and the base menu was great, but she wanted to put her own spin on it.

"My father's a very prominent person; most people know him," Geter said. "Rather than call me my name, they'll say, 'oh, man, you're so and so's daughter.' So it was important for me to step out of the shadows and be Folami."

With the help of her branding manager, Geter rebranded in 2018 and officially debuted A Peace of Soul Vegan Kitchen.

Geter is among a growing number of black vegans changing the misconceptions about veganism.

She hopes her food will open people's minds about veganism.

"Instead of giving them a salad and a bowl of quinoa, get this crispy fried chicken sandwich, and you'll be fine, " Geter said.  "You won't feel like you missed anything. In your mind, now it's easier to make that change if you decide to at some point. "

Geter said she wants to create an environment in her restaurant conducive to learning and growing.

"Sometimes vegans have the reputation of being pushy, and 'don't eat that and put that hamburger down.' We don't ever want to come off in that way."

Studies show vegan and vegetarian diet is taking off, especially in the black community. According to a Pew Research Center Study, 8% of African Americans identified as strict vegan or vegetarian, compared to about 3% of the general population. A 2020 Gallup Poll found 31% of people of color in the U.S. reported cutting down on meat, compared to 19% of white Americans.

"I think people are saving themselves," Geter said.

Geter recognizes this is a generational issue explaining, "We are often saddled with food deserts - the ability to not always get fresh food or fresh ingredients - that lends itself to high blood pressure, hypertension, all of these things that are customarily diet based."

As more people embrace veganism, Geter is considering expansion. She credits the success of her business in part to her friends and family.

"I am eternally grateful for them," Geter said. Her nieces are her sous chefs, and her brother worked the front of the house.

Geter is also teaching her son the family business. She hopes through this experience, he is also able to understand the importance of a work-life balance, something even she still works on.

"I want to show my son another way," Geter said.  "I want him to see that, yes, it takes hard work, for sure. But you have to find some time in there and balance it all so that you don't burn yourself out so that you're enjoying what you do. So that you can do it for a long time."

"It's very community-based for me, like we know most of our customers by name."

Since 2005, people have traveled across the country to eat her family's food.

"This community has embraced us, even when we were the only business standing because, at one point, we kind of were," Geter said. "I think there may have been one other place that was still open, and we were able to withstand all of that. It wouldn't have been possible if people hadn't continued to come and support us."

Geter wants her customers to know that each meal is made with love. For, her it's more than a transaction.

"I do it because I want you to have a moment in your day where you enjoyed a really good meal because that can change your day."