Out of her darkest moments, she created a place for others to heal from theirs

Ashley Thomas created the Hive Community Circle with the mission of providing support and compassion to the most impacted, underserved survivors: women of color. 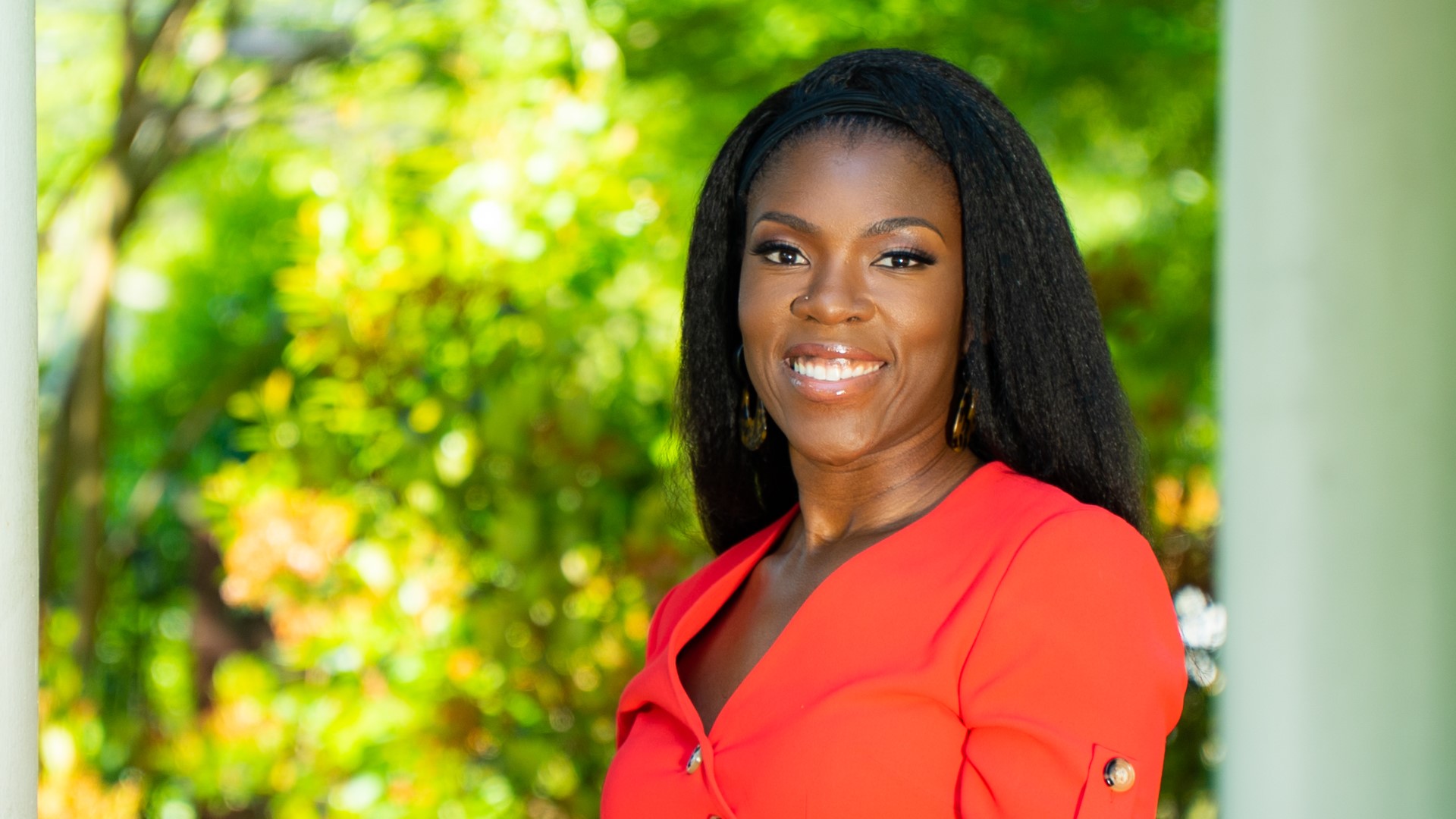 COLUMBIA, S.C. — In her early 20's, Ashley Thomas shared her sexual assault survivor story during a women's conference at a church.

The response to her story led her to create The Hive Community Circle in 2015.

Thomas, a former social worker, founded the organization to serve others with stories like her own. It's a survivor-led, survivor-driven support organization helping women in South Carolina overcome the trauma of sexual assault, intimate partner violence, and stalking.

"There was an overwhelming number of women and young girls who came up to me and thanked me for sharing my own story because, through my story, they were able to say 'me too,'" Thomas said. "That for me was that moment where I knew this is my life's work; this is what I have been called to do."

The mission of the organization is to provide unwavering support and compassion to women of color, some of the most impacted and underserved survivors in the state.

According to the Centers for Disease Control and Prevention, Black women are 30-50% more likely to experience Intimate Partner Violence than White women.

Despite research supporting the need for a non-profit that offers culturally specific services, Thomas says The Hive was not initially well-received by funders and other organizations in the community.

"It was even more so disappointing as a survivor...because that is how I show up," Thomas said.

In a 2015 Violence Policy Center study, it was determined that Black women are two and a half times more likely to be murdered by men than their White counterparts.

She also credits some of the lukewarm responses to her being a Black woman leading an organization catered to black and brown communities.

According to the U.S. Department of Justice, one in five Black women are survivors of rape.

While The Hive provides services to everyone, it focuses all of its programming and efforts to make sure it is culturally specific and accessible to low-wealth communities.

Thomas stressed this is not an act of exclusion, "You to have prioritize those that are most impacted, those that are experiencing it at a higher rate, in order to be able to reach everyone."

According to Black Women's Blueprint, "The Truth Commission on Black Women and Sexual Violence," 40%-60% of Black women report being subjected to coercive sexual contact by age 18.

As a survivor, Thomas knows first-hand the importance of offering culturally competent services.

"My experience of molestation was around the age of 5, and I did not fully remember that situation when it first happened because my brain essentially repressed the traumatic experience," she disclosed.

Thomas was also raped when she was 13-years-old.

"There were things that I had been struggling with for a very long time in my life," Thomas said. "Insecurities, the need to over perfect, to always feel like I need to be perfect, the need to always  be in a relationship with someone."

She says she could mask the trauma of her sexual assault until she stepped into pre-marital counseling. The husband and wife who facilitated the sessions created a space to address her experiences and identify how they had negatively impacted her life.

"That's my story, but my story doesn't end there," she said. "It continues today because as a survivor, it's doing the work daily."

According to the U.S. Department of Justice, for every Black woman who reports rape, there are 15 others who don't.

Like so many others, Thomas never reported the sexual assaults. Studies show the lack of reporting among the black community is due to many factors, including barriers to protection and justice because of racism, oppression, and historical trauma.

"Oftentimes, black and brown women experience victim-blaming when they do seek services, or they are treated with racial bias," Thomas said. " So often, we are not believed. So often, we are not given the same adequate or equitable services that every survivor should receive. We definitely have to make changes systemically in regards to the way that we interact with black and brown survivors and really make sure that the services we (South Carolina) are providing are equitable, and they are accessible to all."

41.5% of South Carolina women and 17.4% of men in South Carolina will experience Sexual Assault, Intimate Partner Violence, or stalking over the course of their lives according to the National Coalition Against Domestic Violence.

She believes everyone has the power to help change the stigma around reporting intimate partner violence and sexual assault.

"As a community, I believe that we would have so many more survivors come forward if we changed the way we responded," she said. "How can we tell people 'times up' or 'me too' if when they come forward, we are quick to determine whether or not they are telling the truth or we try to invalidate or we try to pull apart their truth and their story."

South Carolina ranks 11th in the nation for domestic violence homicides according to the Violence Policy Center.

In 2019, 86% of domestic violence homicide victims were women in South Carolina, noted in data from the 2020 South Carolina Domestic Violence Fatality Report produced by South Carolina’s Office of the Attorney General.

Thomas understands the consequences of not having organizations like The Hive in communities across the country. However, she is not sure what is next when it comes to her role within the non-profit.

"I will in some way always be attached to it," Thomas said. "However that won't always be as the executive director."

She clarified that she is not "going anywhere" but that she understands, "there is a time and a season for everything."

Thomas said, "I understand that this is an assignment, and assignments don't last a lifetime."

Thomas also stressed that her goal was never to be the face of this peer-led organization.

"I want survivors, survivors that are most impacted by sexual assault, intimate partner violence, and stalking, to be what people think about when they think about The Hive," she said.

Thomas is widely known for her work with The Hive, but she wears many hats outside of leading the organization.

"I am a mother of three beautiful, amazing children, a military spouse for almost 17 years (her husband is stationed at the Pentagon), and I am a daughter, " Thomas explained.

She's also an exercise enthusiast and a foodie. She even jokingly touted that she is an expert "Yelper."

She laughingly refers to them as the "youngest, grownest kids" she's ever met.

When it comes to her children, she wants to impart the same valuable lessons her parents taught her as a child.

"I want my children to grow up, knowing what it means to serve others," Thomas said. "I believe that's why I was able to be successful in this work because of the compassion I have to give back and to serve. And that is something that was instilled in me as a child at a very young age. My parents displayed and exemplified what it meant to serve."

According to Thomas, she wouldn't be where she is without her parent's guidance. Her father was a pastor in the AME denomination for over 40 years, and he along with her mother, taught her to have faith in Jesus. This faith, she says, allowed her to withstand dark moments in her life and be light for others as they walk through theirs.