Peak Drift Brewing, set to open late next year, claims to be the biggest brewery in South Carolina. 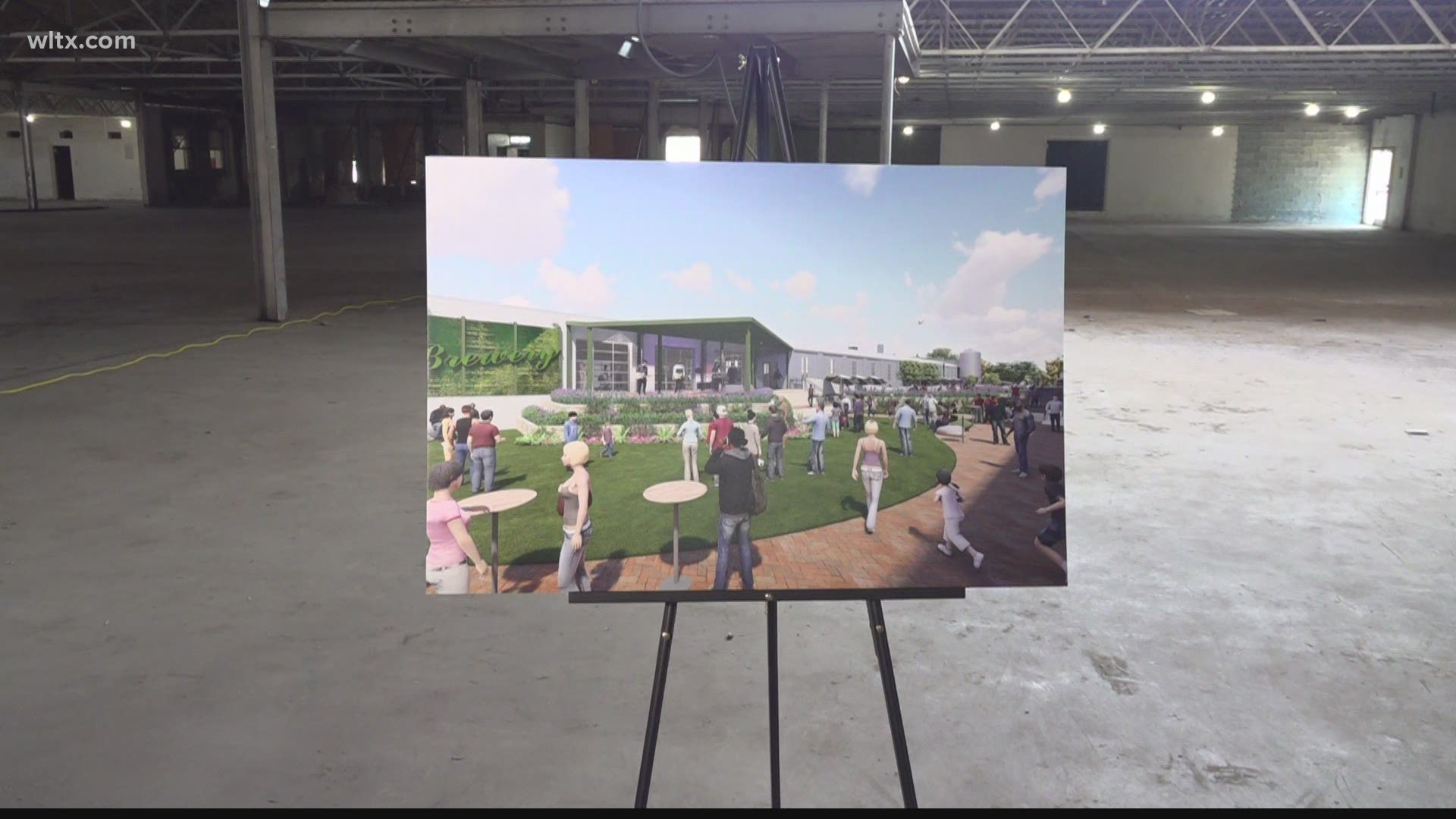 COLUMBIA, S.C. — A new brewery is coming to Columbia and says it's going to be the biggest one in South Carolina.

Developers are turning an old warehouse off of North Main Street into Peak Drift Brewing.

"I think that North Main and this building in particular have what it takes to support a brewery and support a business like this," co-owner Greg Middleton said at a press conference Tuesday. "The jobs that will be created, the income that will be coming in will be great for this area.”

North Main is an area in Columbia known as an opportunity zone.

Alyssa Richardson, Senator Tim Scott's Deputy Chief of Staff, explained that "these zones were selected because of the high poverty rates. The average poverty rate in an opportunity zone is about double the national poverty rate."

Richardson said developers are given incentives like tax credits to build in these opportunity zones to help bring development and growth to the area.

The brewery is an opportunity not only to enhance North Main, but for something else entirely.

"Sara is going to be the owner of this establishment, and I’m always proud to stand here with other women business owners,” said Lieutenant Governor Pamela Evette.

Inside a big warehouse on North Main, developers and the Lieutenant Governor are announcing a new brewery in Columbia: Peak Drift Brewing. @WLTX pic.twitter.com/IGBkgHJpLt

Sara Middleton is co-owner of Peak Drift. She’s proud to call her brewery woman-owned and said she wanted to take the representation a step further by having a female brew master.

"10% of all craft beer in the US is produced by women and my goal is: Let’s increase that to the highest we can,” Middleton told reporters.

She hired Ashley Kinart-Short as Peak Drift’s master brewer. Together they’re breaking the glass ceiling, with a beer glass in hand.

"It's cool to have other women not only to get support from, but also to be an inspiration to and to encourage to get into this industry," said Kinart-Short. The brewer comes from Wisconsin and has a background in biochemistry.

Kinart-Short said she's in the research and development stage now of brewing and plans to use local ingredients in her beers.

However, the 64,000 square foot space will bring the opportunity to enjoy more than just IPAs and lagers.

"We’re actually going to have two restaurants within the brewery," Middleton said. Peak Drift will also have "a huge stage, so we’re going to have massive concerts," according to Middleton.

The brewery will have unique amenities for the North Main community, including a gym, basketball court and sand volleyball area.

The owners hope their unexpected combination will have a positive impact on the neighborhood. Peak Drift Brewing is set to open in late 2022.