Organizers are asking for the public’s help to fill in the gaps, not only with names, but also with personal photos that tell Columbia’s story. 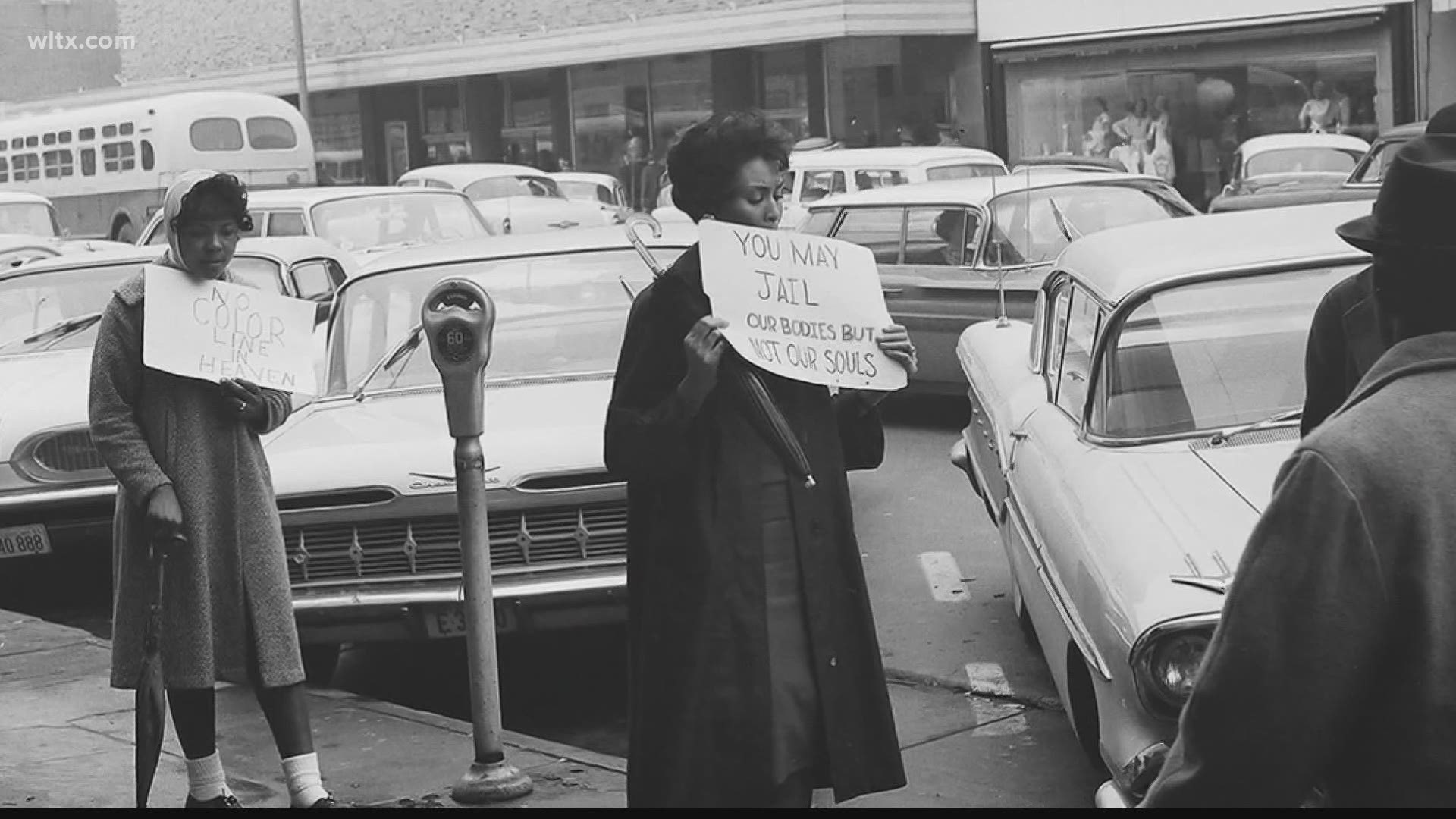 COLUMBIA, S.C. — Behind the gaze of gray and white in one Columbia group’s photo collection are stories.

A young girl clapping. A group marching. Both hoping for a more equal society.

It’s moments like these that begin to paint a picture of Columbia’s place in the fight for racial equality during the Civil Rights Movement.

Dr. Bobby Donaldson is the lead scholar for Columbia SC 63, working to gather and preserve the photos.

Among the collection is a photo of two African Americans at an all-white lunch counter, protesting for their right to sit. There’re also images of women marching down Columbia’s Main Street. One of their signs read there’s, ‘No color line in Heaven.’

Donaldson, who also directs the Centers for Civil Rights History and Research at The University of South Carolina, said he hopes one day to know the names of those photographed.

“We have tried to keep these images alive and visible and accessible, in the hopes that we will be able to put a name, a story to these images,” Donaldson said.

They’re asking for the public’s help to fill in the gaps, not only with names, but also with personal photos from the Civil Rights era that tell Columbia’s story.

To view the collection and learn more about how to contribute visit Columbia SC 63 online.