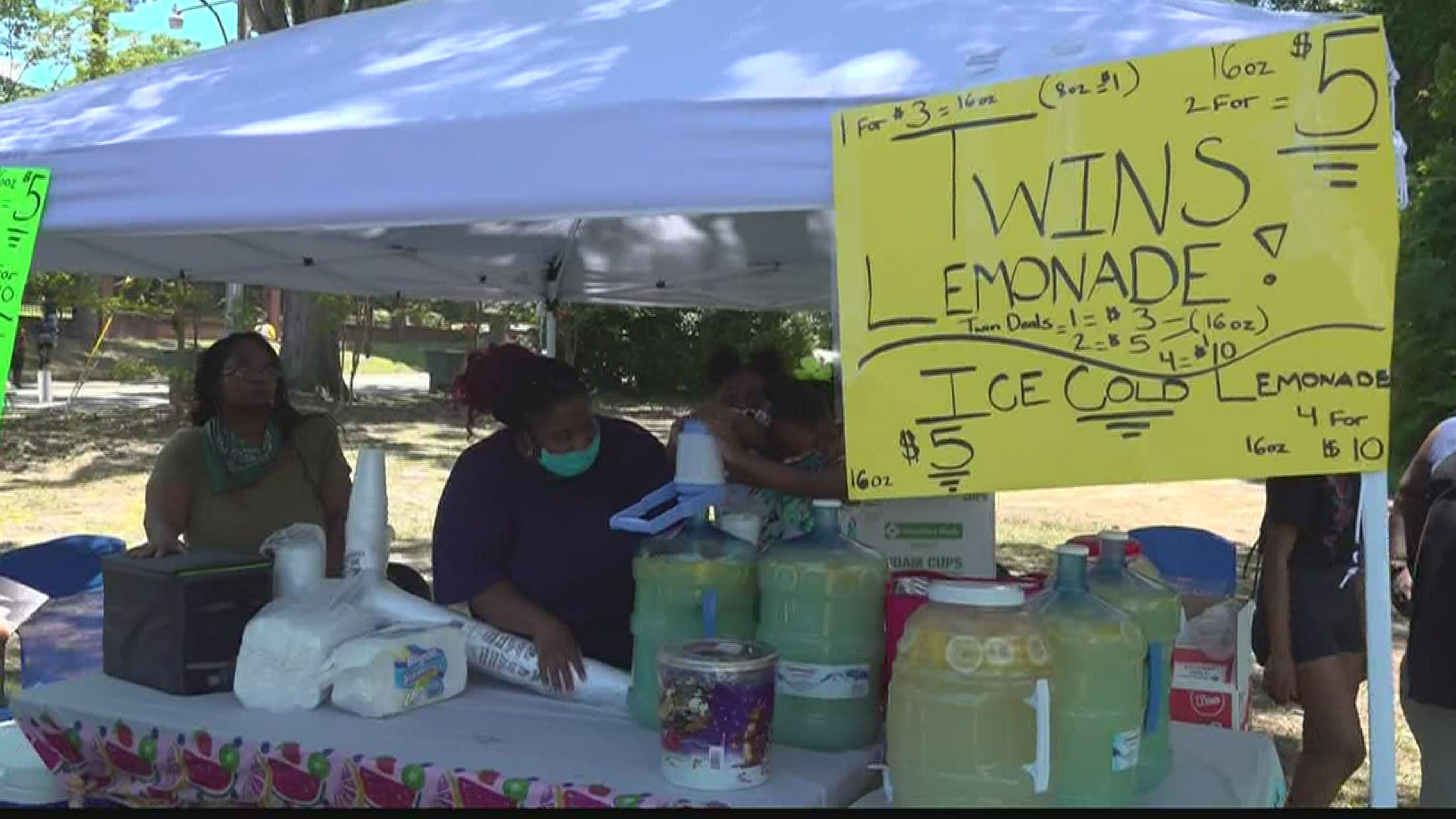 COLUMBIA, S.C. — The fourth-annual Juneteenth Freedom Festival took place Saturday in the capital city with food and music as people gathered to celebrate the end of slavery in the United States.

The celebration followed gatherings across the nation and in the palmetto state Friday that honored the day, as protests continue for racial equality.

Torres Wilson joined his family as one of several black-owned vendors participating at the event.

"Being a part of this Juneteenth celebration is just, you know, it's about the history," Wilson said. "It's about the people that fought for where we are now; being able to stand on this corner and sell my products. Back then, they weren't even considered people. You know, for them to be able to fight through, I'm just glad that I can be able to stand here and embody them."

RELATED: Lawmakers call for Juneteenth to be a federal holiday

There was also a push for voter registration.

"...keep saying vote, because I think we need to be voting in representatives who unequivocally believe black lives matter," Dr. Tamara Burk said.

Newcomers Taiylor Henderson and her boyfriend Issac Williams said the social justice movements that have followed the death of George Floyd, a black man who died while in police custody, inspired them to attend.

"For me, it's really for my ancestors, my grandparents, our future children, everything," Henderson said.

"Now, we got a chance to celebrate and, for it to be more than accepted, yeah, it's a blessing," Williams said.

Event hosts say they hope to continue the celebration for the years to come.