'I knew it was the right thing to do': Man out on bond chose high road, helped SAPD officer during fight

"It was amazing to see the support group around the world,” Mark Anthony Gonzales said after video of the skirmish went viral. 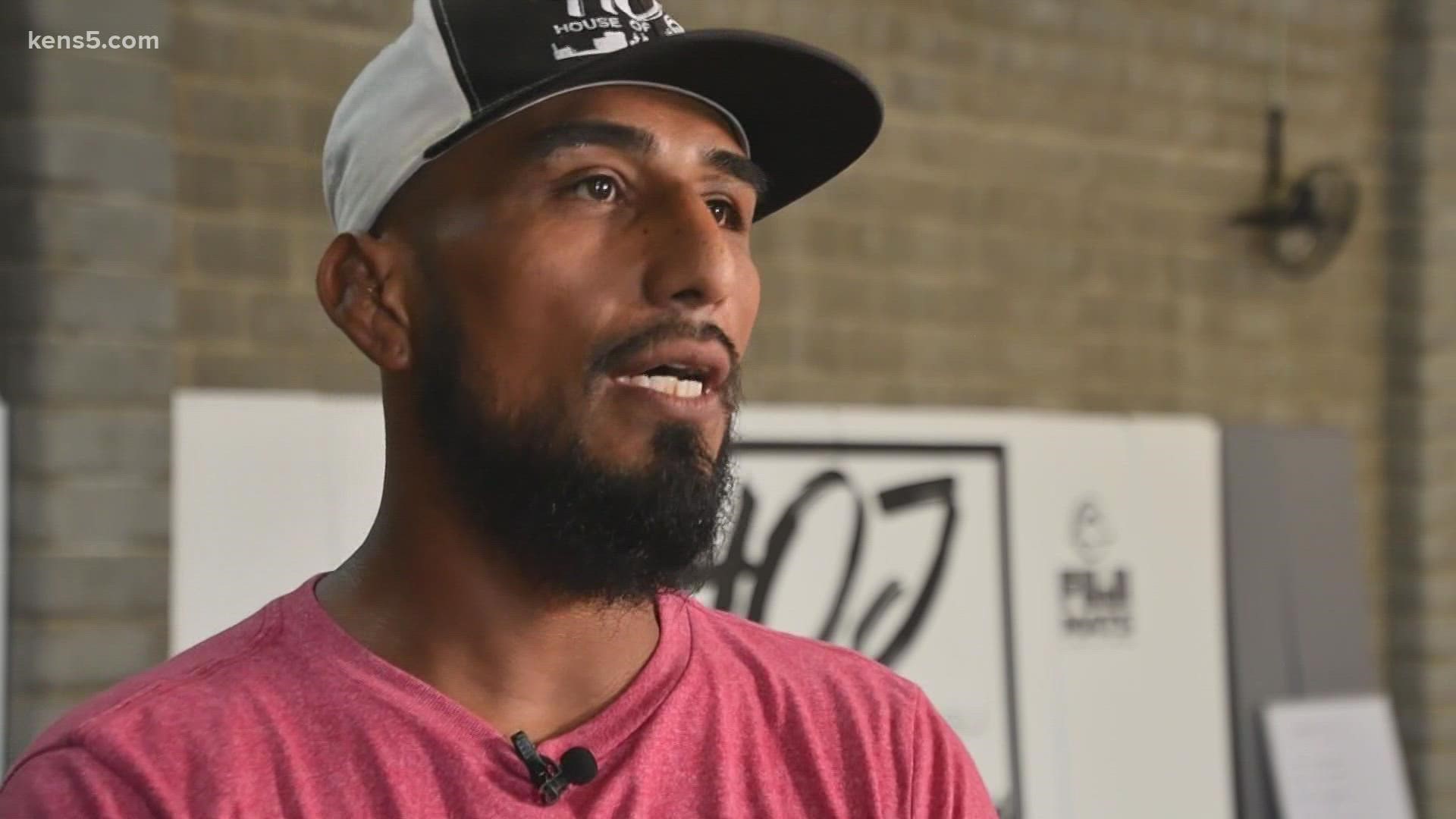 SAN ANTONIO — Mark Anthony Gonzales admits he is an unlikely hero and not the kind of guy most people would pick to step up to help a San Antonio Police officer in trouble.

Gonzales admits it up front: He has a criminal history and is, in fact, currently out on bond for an arrest back in May.

"I had no relationship with law enforcement or the system. In fact, I despised it because of what I was going through."

But Gonzales said when he saw an officer on the ground last month, struggling to gain control of a wanted man during an intense fight, he chose the high road.

"I still went out of my way because I knew it was the right thing to do."

The incident happened August 22 off Pleasanton Road at the corner of Saipan Place and Sultonfuss Street.

Gonzales said he was on his way to the gym, where he trains as a Brazilian Jiu-Jitsu fighter, when he saw the officer chasing a man. He says when that man tripped and fell to the ground, the officer fell on top of him and the fight for control was on.

"I said, 'Hey, that's the cue I need, because this officer is in need of desperate help.'"

While Gonzales approached and offered his assistance, his wife started recording the incident on her cell phone. Gonzales said he wanted the video evidence because of his criminal history. He said he didn't want his actions to be misunderstood.

"It was one of those life-and-death situations where the suspect decided to reach for the (officer's) firearm and I was able to pry his fingers away from the weapon," Gonzales said.

The video backs up his claims, and it has been a viral sensation on Facebook, amassing more than 40 million views.

The blue belt fighter credits his instructors and training for being able to make a positive difference.

"It was just like watching a buddy on the mat and my training kicked in and I was able to lend a helping hand," Gonzales said.

Responses to the video have been somewhat overwhelming for Gonzales, who said he has had to fight survival from an early age.

"You have to understand I had to fight no matter what, so I've been a fighter my whole life," he said. "Growing up, since the age of 5, I was in the system and I was raised in foster homes and group homes, so I always had to fight growing up."

Gonzales said after years of brushes with the law, he discovered martial arts training at the invitation of a friend and his life took a dramatic turn.

"I came here and fell in love with it.  You're here to learn for a reason," Gonzales said.

"It changed my mentality, my behavior, my actions, my thoughts," Gonzales said. "With the right training and the proper techniques, things can occur differently and peacefully."

Gonzales said the viral video has been viewed around the world.  He said while some comments have been negative, most people have shared uplifting messages.

"It was amazing to see the support group around the world. I've been having to push the translate button to see all the responses. It's just amazing," Gonzales said.

For a man who has served hard time in prison, the positive feedback is a welcome change.

"It's a blessing and like I'm honored to have such understanding people and individuals who understand the situation," Gonzales said.

With regard to his future and the legal challenges he still faces, Gonzales said he is committed to being on the right path for the sake of his children.

"I'm not going to let the system break me because I have four beautiful kids and I promised myself they won't go through the system like I did," Gonzales vowed.

Gonzales said he wants people to understand there are still good people in the world, even among those who have trouble in their past.

"I'm doing a lot more good than what you have on record and you have no record of what I'm doing that's positive," Gonzales said.