A Ridge View High School shares his story from his hard beginning to now receiving his doctorate degree. 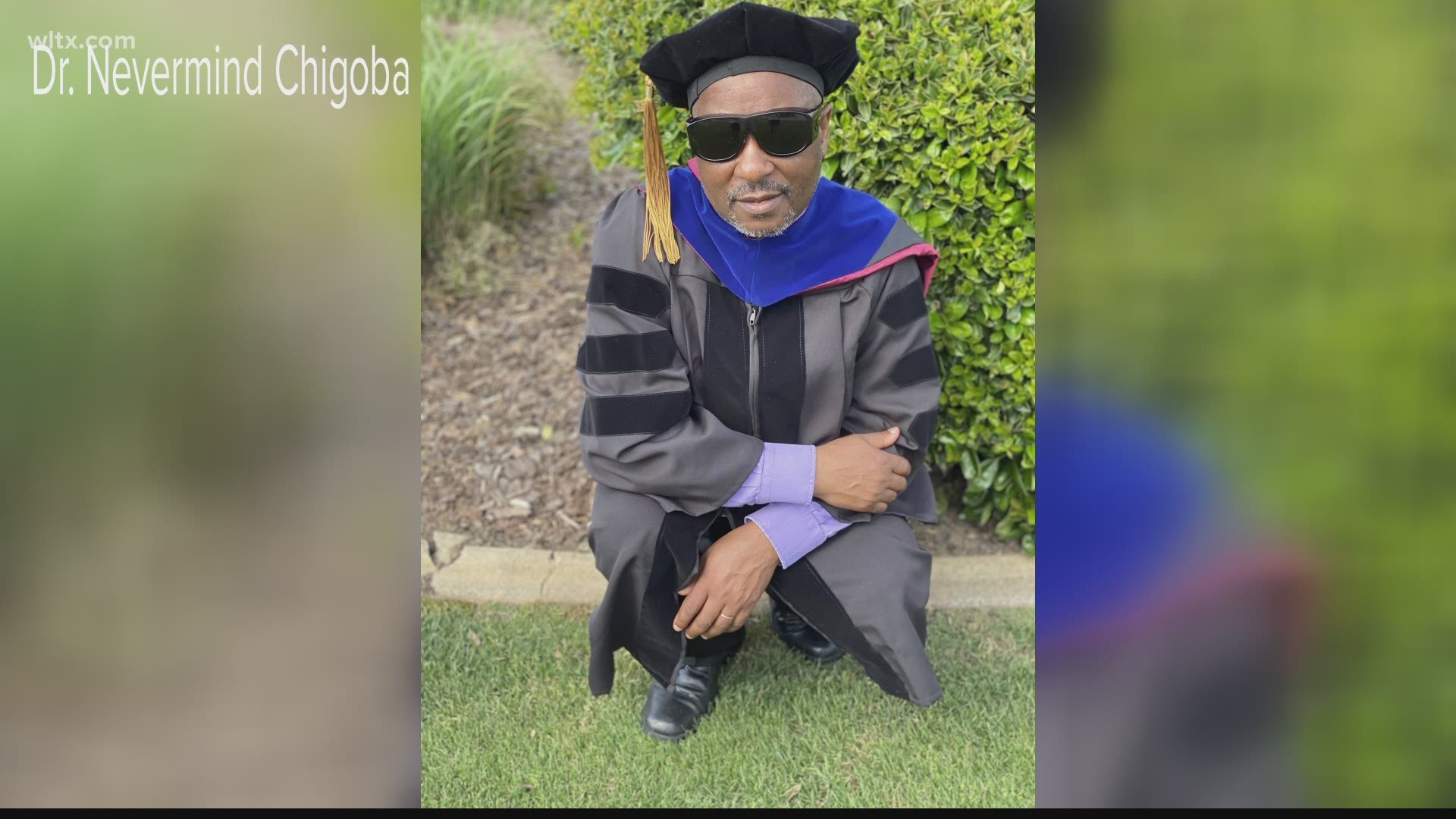 COLUMBIA, S.C. — Dr. Nevermind Chigoba is the computer science teacher at Ridge View High School, and he recently got his doctorate degree. Getting this degree was no small feat, as Dr. Chigoba came from hard beginnings, and his story of persistence is one he tells his students to inspire and encourage them to never give up.

"I was told my mother died before I was a year old," said Dr. Chigoba.

Born in Zimbabwe and the youngest of 11 siblings, as a baby his father moved to Zambia, taking with him all his children, except him.

Then as a young boy he said he moved in with his older sister, completing elementary school. "My sister did not have money to send me to high school, so I stayed home for two years, but I knew deep down that I really wanted an education."

RELATED: Richland One wants parents input on how to spend pandemic money

A determined young man, he taught himself his high school syllabus, got his GED, and went on to get his teaching degree. After teaching for a few years in Zimbabwe, he decided to migrate to America to study software engineering.

After completing his studies, he said he couldn't find a job, so he applied for the Program of Alternative Certification for Educators, also known as PACES. It's a a program that helps degreed individuals gain employment in a public school's PACE approved subject. At the time, there was an opening at Ridge View High School, so he applied and got the job in 2004. Seventeen years later, he's still teaching there and now he's Dr. Chigoba.

"I'm blessed to have a high school education, a college education and a doctorate the ultimate in my career goals," he said.

Brian Myers, 17, has been Dr Chigoba's student for four year. The graduate said he shares a special bond with his computer science teacher.  "I can't thank him enough for everything he has given me," said Myers.

"Me and my sister were in foster care, we were adopted," he added. "It gives me hope that I can be great too."