When a re-occurring leak turned into a mold problem, the family checked into a hotel. 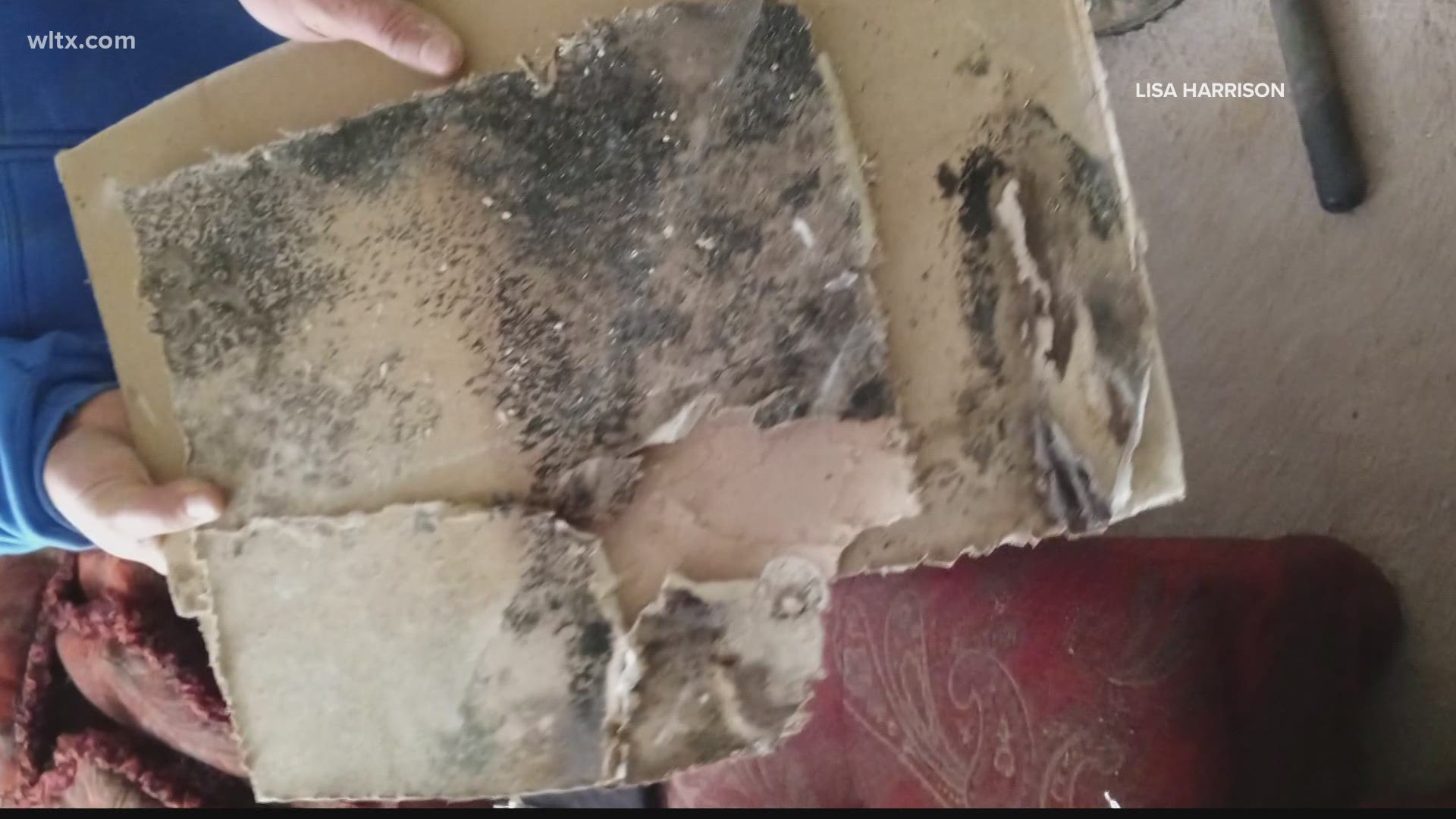 FOREST ACRES, S.C. — A family is searching for help after they say they had to move out of their apartment that’s covered in black mold.

They say they reached out to their property manager many times for help, but no one answered for days.

"I just had to pick up and leave. My mother is 81 years old, I’m asthmatic, we can’t breathe that," said Lisa Harrison.

Harrison and her mother, Pearl, live in The Square at Forest Acres. She said they’ve been dealing with a leak in one of their bathrooms for months.

RELATED: Residents being moved out of Columbia's Marion Street High Rise due to safety concerns

"[My mom] would call or e-mail maintenance. Maintenance would come and fix it and then the leak would come back. That’s sort of what it’s been for six months."

Harrison said the most recent leak caused their master bath to flood, which then damaged the bedroom floor and living room wall.

Then, maintenance found black mold throughout their apartment. Harrison said they called management several times but got no answer, so they checked into a hotel.

"We’re living with a friend. We really could not afford the hotel we stayed in but we had to go into debt to pay for it so we wouldn’t get more sick being in the mold," explained Harrison

News19 reached out to First Communities, the property management company for The Square and they said they’ve now removed the mold and repaired the leak.

They wrote in a statement, “we have been timely with our repairs and have offered to professionally clean items that may have residual damage. We always go to great lengths to remedy these serious maintenance issues and while doing so keeping a keen eye on our resident’s best interest.”

But Harrison disagrees. She said she isn’t happy with the response she got from the group and now she's unsure of where to live.

"This just isn’t right, and I just want people to do as they’re supposed to do as owners," said Harrison.

Since News19 reached out to First Communities, Harrison said they’ve contacted her to try to remedy the situation.