'It was one of those life-or death situations': Man describes stepping in to help SAPD officer during a skirmish

The altercation was captured in a video that has gone viral with millions of Facebook views. 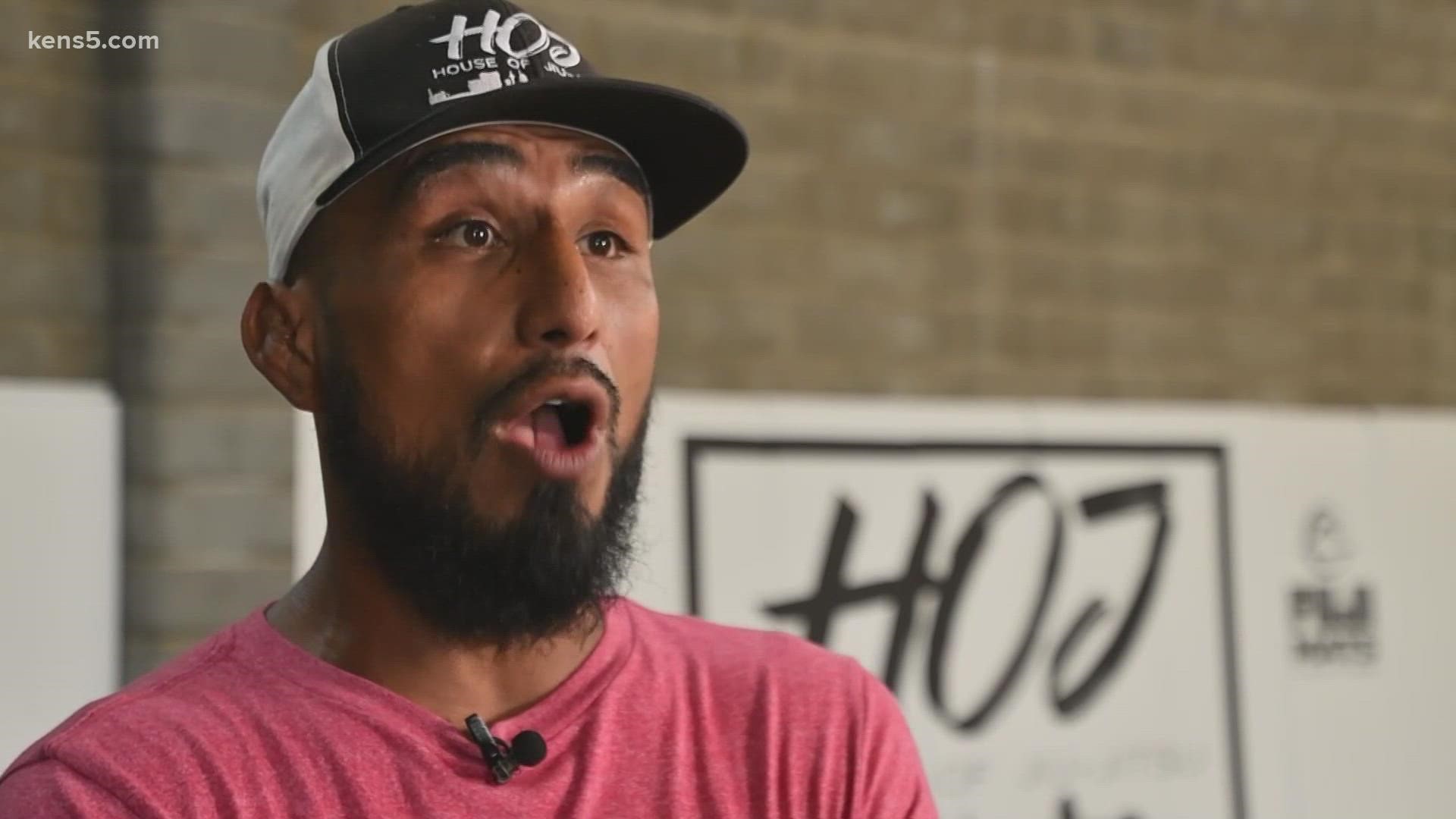 SAN ANTONIO — It took only a split second for Mark Anthony Gonzales to realize the officer needed his help.

“I put the car in park and told my wife to start recording and, as you see in the video, the officer started getting rocked,” Gonzales said.

In a viral Facebook video which has racked up more than 40 million views, you see the moment the Good Samaritan ran to help.

A San Antonio Police officer was trying to arrest a suspect attempting to get away. Fortunately for the officer, Gonzales is a trained MMA professional fighter.

“I said, 'Let me get out and help this individual, because he needs it,' and I’m not going to let it happen. It was one of those life-or-death situations,” Gonzales said.

Neighbors living in the community near the intersections off Saipan near Pleasanton Road on the south side say that if Gonzales didn’t step in, a life could have been lost.

“He was getting the guy’s hands out away from the gun and trying to help the policeman. Then I saw everything was OK,” said one neighbor who wished to remain anonymous.

“I was able to calmly pry his fingers away from the weapon and in the video you hear me telling the officer, 'I got it, go ahead,'" Gonzales said.

SAPD tell KENS 5 the man being arrested is 44-year-old Jack Albert Evans. He’s since been charged with attempting to take a weapon from an officer, evading arrest and felon in possession of a firearm.

“I'm grateful he was there to help the policeman,” the anonymous neighbor said.

“These guys helped me. My professor and everybody here helped me get to this point where I was able to calmly assess the situation and lend a helping hand,” Gonzales said.

Gonzales says in his lifetime he hasn’t always had good run-ins with police, but regardless of what’s happened in his past he’ll always help whenever he’s needed.

“I had no relationship with law enforcement, or with the system," he said. "I despised it because of what I’ve gone through, but that’s not me as a person. I still went out of my way because I knew it was the right thing to do."