According to the report, investigators seized over 11 pounds of marijuana including approximately 800 pre-rolled marijuana products. 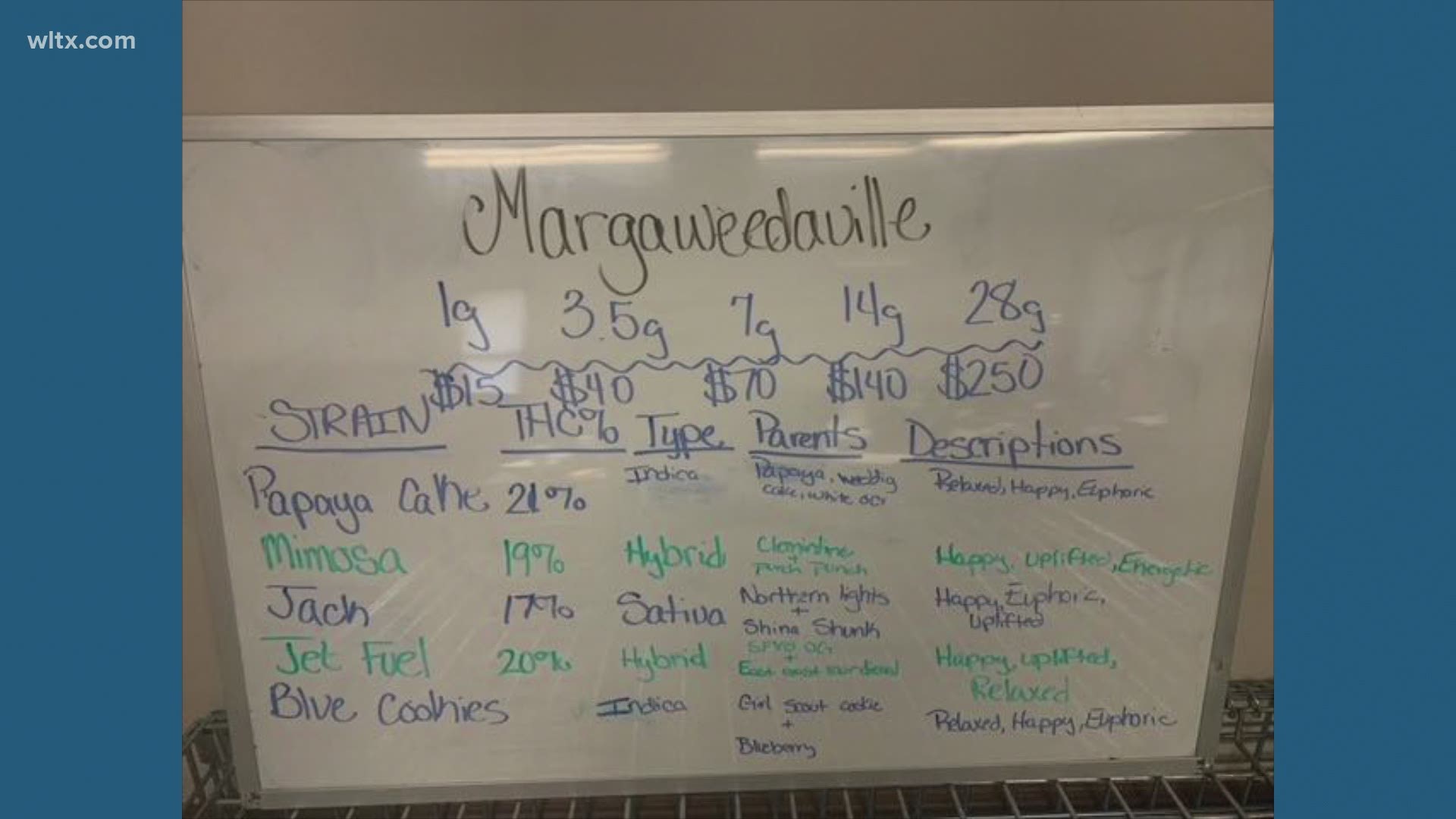 The Florence County Sheriff's Office, along with other law enforcement, seized over 11 pounds of  marijuana while executing a search warrant Wednesday.

According to a Facebook post from the office, the home had a billboard with "Margaweedaville" written, along with description and price of various marijuana products available for purchase. The warrant was a result of an undercover operation, and the office was assisted by FCSO SWAT and Florence Police Department ERT teams.

The warrant was executed at a residence on East Macree Terrace in the Tara Village subdivision in Florence, SC.

According to the report, investigators seized over 11 pounds of marijuana including approximately 800 pre-rolled marijuana products, THC edibles, wax, a hydraulic press, 2 firearms, approximately $2700.00 in U.S. currency and other drug paraphernalia.

Two suspects were also arrested on multiple charges, including allowing a small child stay in the home. Both subjects are being held at the Florence County Detention Center while awaiting a bond hearing.

“Drug dealers are getting bolder in their packaging and the marketing of their illegal products, especially to children," Sheriff TJ Joye stated. "But we're committed to taking back our neighborhoods from these criminals, and today was good start. We are particularly proud of the cooperation and assistance of the Florence Police Department as we combine our efforts to put drug dealers in jail where they belong.”

The investigation into this incident is ongoing and additional arrests and charges are possible.

CDC: COVID-19 variant first found in Britain now most common in US

What you should (and shouldn't) do with your vaccination card