The victims were identified as Harmony Carhee, 6, Donyavia Lagway, 29 and Gregory Carhee, 35. A second girl, 10, was wounded. 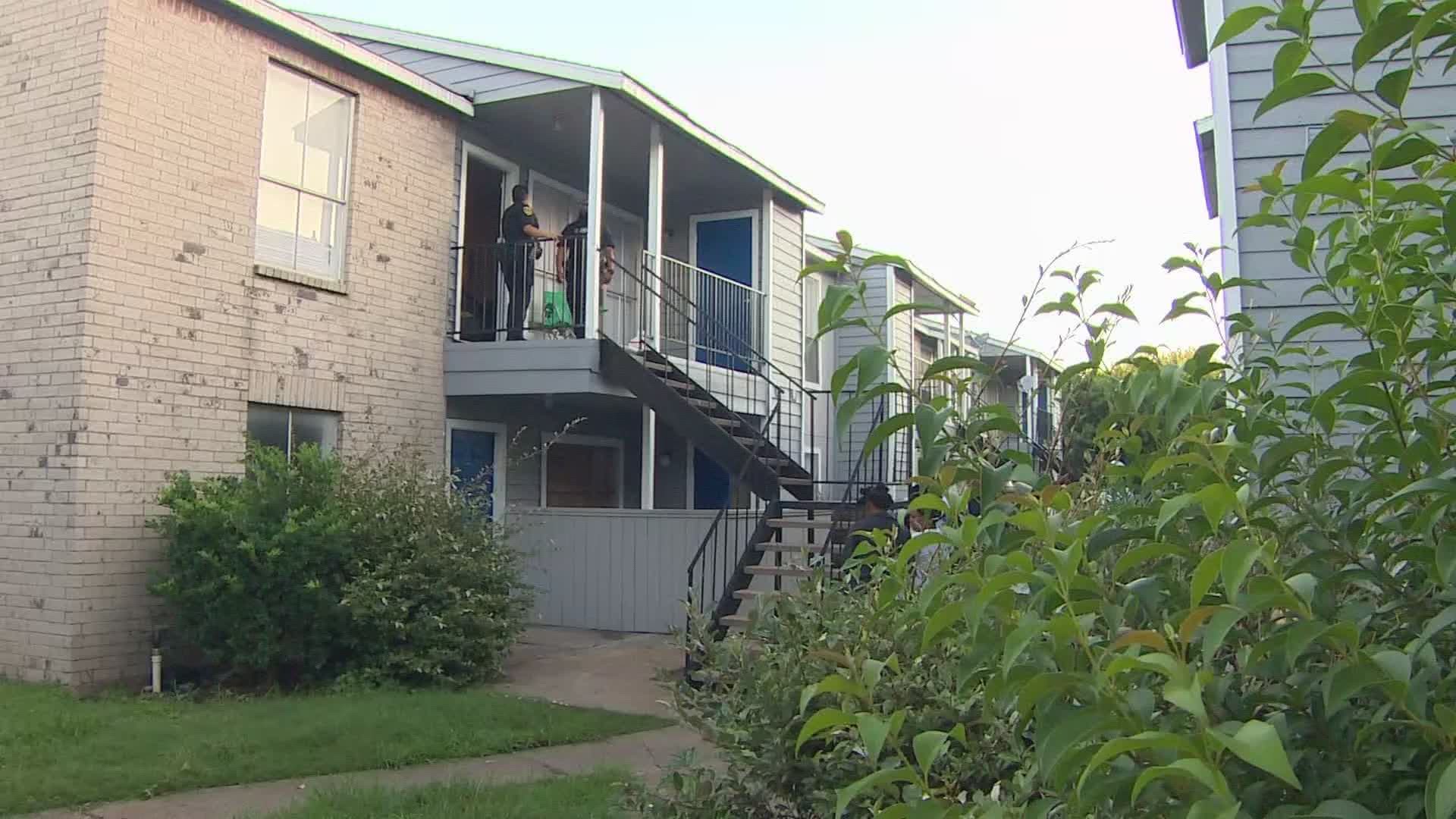 HOUSTON — The search is on for the shooter who killed three family members and wounded a child at an apartment complex in southwest Houston late Wednesday, according to police.

According to the Houston Police Department, the shooting happened at about 10:30 p.m. in the 12100 block of Fondren Road, which is near the intersection with West Airport Boulevard.

Even investigators said the scene was an emotional one to process.

According to police, the three people killed in the shooting were 35-year-old Gregory Carhee, 29-year-old Donyavia Lagway and their daughter, 6-year-old Harmony Carhee. According to family members, Lagway had four children and also recently found out she was pregnant with her fifth child.

Harmony's 10-year-old sister was also shot but survived. Police said she called her grandmother for help after the shooting. A family member said the girl also held her 1-year-old brother and pretended to play dead.

The shooter was still on the run as of Thursday morning, but a description of that person is unknown at this time. The motive also remains unknown.

A witness said the shooter was a man wearing a medical mask. The man allegedly came to the door and shot Gregory Carhee and threw the 1-year-old baby by the hair. The shooter then opened fire on other family members.

UPDATE: I just spoke cousin of the woman who was shot & killed — she says her 28 YO cousin was pregnant, her 6 YO daughter shot & killed, her 10 YO survived by pretending to play dead holding her 1 YO baby brother — meanwhile the kids dad, also inside was shot & killed. @KHOU

Investigators believe that, because there are no signs of forced entry at the family’s home, the victims may have known their killer.

"This was a very, very tragic scene," said Assistant Chief Patricia Cantu with HPD. "We're sending out prayers to the family. This was not only a difficult scene for us but for the family as well."

Lagway’s cousin, Ronette Terrell said no one deserved to go through anything like this, especially her kids.

“Why? That’s what I don’t understand,” Terrell said.

“When I got the phone call I was just in disbelief and then she told me that they had both passed and I was saying that couldn’t be true,” Terrell said.

“She waited until he left and pretended that she was dead and then when he left she locked the door, grabbed her little brother, called her grandmother,” Terrell said.

Family has been in the apartment all day gathering belongings. Neighbors across from where the shooting took place say they heard gunshots but they didn’t know where they came from.

Police said they found some surveillance video that they are reviewing at this time.

Family members of the victims claimed at least one person was detained for questioning. Currently, no charges or arrests have been announced, however.

The family also has an 8-year-old boy who was not home at the time.

Police have not officially ID'd any of the victims.