7-year-old Texas boy's brother had a 'blank stare' after he stabbed him, warrant says

The brothers' sister said the two were in the living room together at the time of the stabbing, while other family members were in the bedrooms of the home. 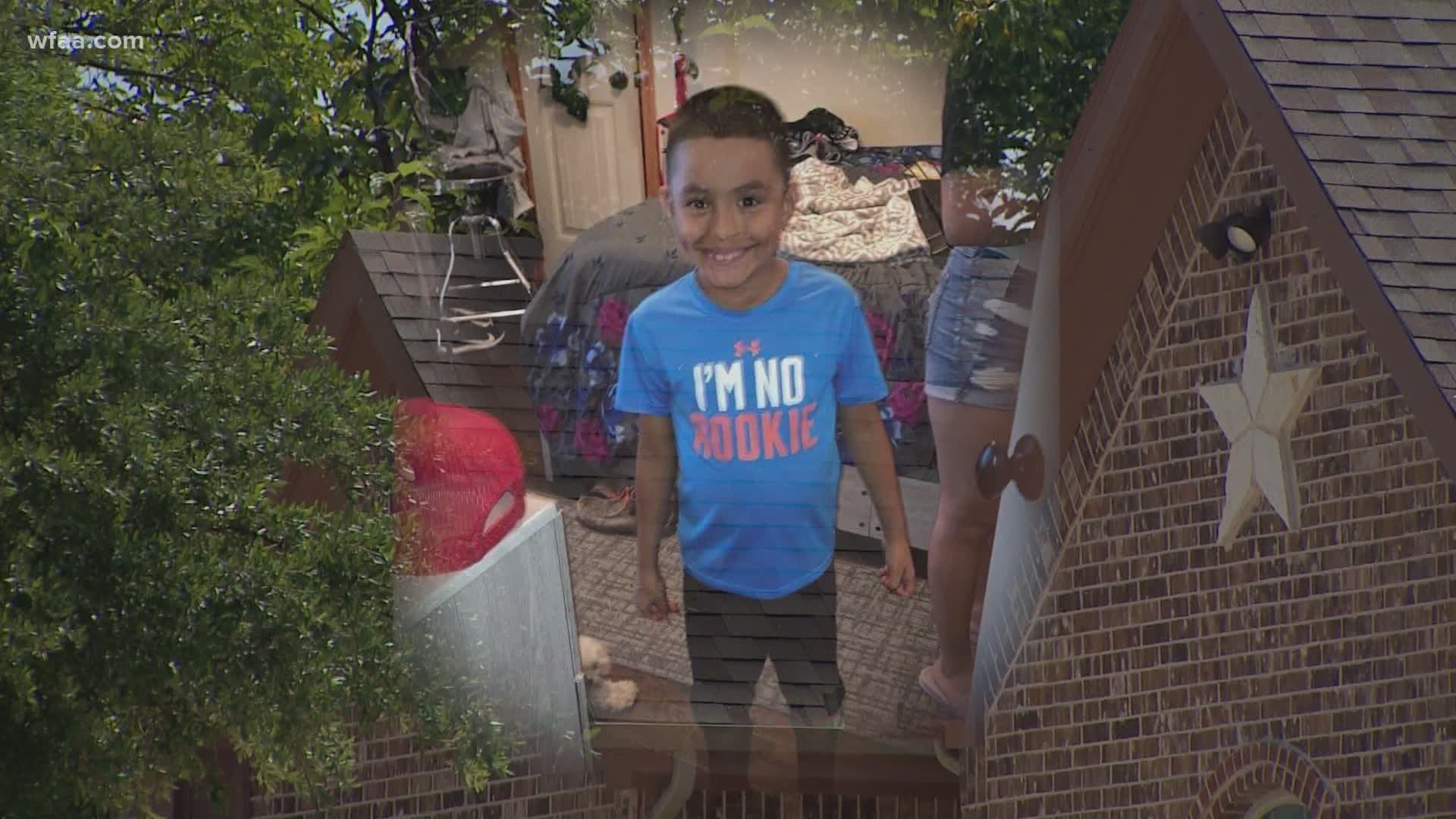 A 20-year-old man had a "blank stare" on his face after he allegedly stabbed his 7-year-old brother Saturday night in a Haltom City home, according to court documents.

Officers responded to the stabbing around 9:45 p.m. on the 4900 block of Orien Street, according to police. When they arrived at the home, officers found the boy's family trying to stop the bleeding from his wounds, police records show.

He was taken to a local hospital, where he later died, according to police.

Relatives told police that Jacob's brother had stabbed him and then fled the house. Officers found Brito Bruno at the nearby intersection of Katrine Street and Katrine Court, police said.

He had a knife in his hand and dropped it when officers arrived, the affidavit says.

Brito Bruno had wounds to his upper body that police believe were self-inflicted. He was taken to a local hospital for treatment.

The brothers' sister told police she had gone to Sonic to get drinks for both brothers and herself before the stabbing occurred.

She said the two were in the living room together, while other members of the family were in the bedrooms of their home, the affidavit stated.

Then they heard Jacob screaming.

She told police she ran to the living room and found her mother, father and her third brother holding Jacob and trying to stop his bleeding. Then she saw Brito Bruno in the dining room holding a knife, she told police, according to the affidavit.

She explained to police that he had a "blank stare" and didn't say anything. She ran to her room to call 911 and he was gone by the time she returned, the warrant says.

Her mother, father, husband and a third brother confirmed the same details, police said in the warrant.

Brito Bruno was booked into the Tarrant County jail, where he is being held on a capital murder charge in lieu of a $250,000 bond, police said.

Police have not yet been able to determine a motive, officials said, but the warrant says Brito Bruno "intentionally or knowingly" caused Jacob's death.