The masked man entered a Greenville bank, presented a firearm and demanded money. 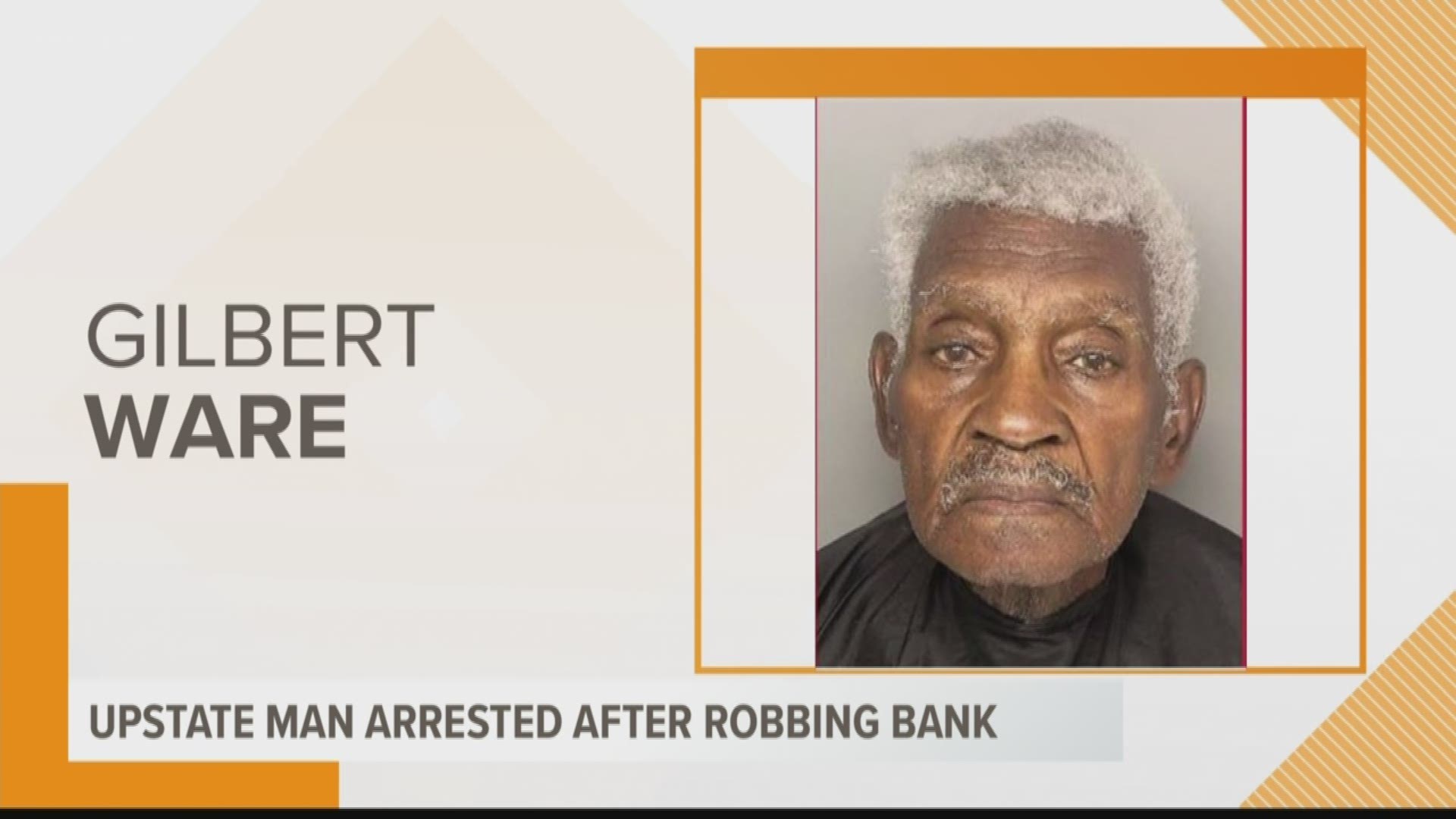 GREENVILLE, S.C. — An 86-year-old man has been arrested after an Upstate bank was robbed Monday morning.

A masked male, later identified as 86-year-old Gilbert Paul Ware, had entered the bank, presented a firearm and demanded money from employees, according to police.

Ware then left the property, but police say he didn't get far.

Officers say they located and arrested Ware at South Pleasantburg and East Antrim Drive after conducting a traffic stop. The firearm used in the robbery was recovered, as well as the stolen money.

Ware is charged with bank robbery, and police say more charges are expected.

No injuries were reported, according to police.