'A senseless ambush.' 2 brothers shot to death at their home days after their sibling was murdered

“I haven’t gotten over it. It’s just that sound. You will never get that sound out of your head,” he said. 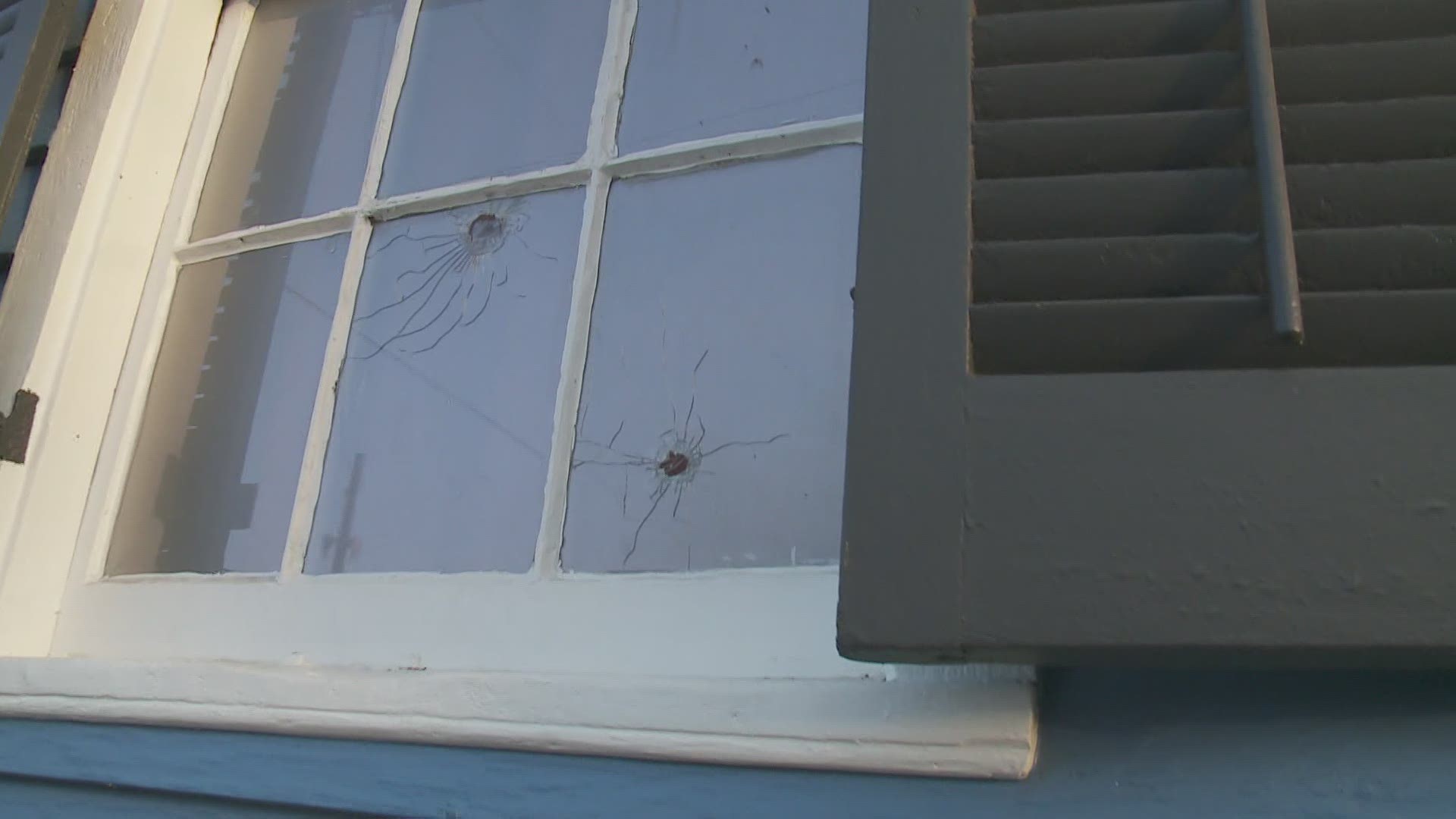 NEW ORLEANS — There are dozens of bullet holes in the homes at Carondelet and Eighth Street. It’s evidence of one of the two deadly shootings that killed three brothers in New Orleans.

Family tells Eyewitness News that Bryan, Brandon, and Bradley Veal were all killed within a single week, in two separate shootings.

William Murray lives just steps away from where 30-year-old Brandon and 21-year-old Bradley were shot the evening on February 20.

“It was just such a senseless ambush. It was an ambush,” said Murary.

Murray was inside his home, on the couch, when he heard a barrage of bullets. His home was hit at least ten times, and two bullets entered his home.

The sound of at least 30 shots was captured on a neighbor’s security camera. Murray says since it happened, he’s been “uptight and nervous.”

“I haven’t gotten over it. It’s just that sound. You will never get that sound out of your head,” he said.

“I have complete empathy for the family, I can’t imagine what they’re going through.”

Caleb Frank, who lives in an apartment nearby, heard the gunfire too. He says he ran over to help another neighbor and began checking for a pulse on both victims. He stayed until police arrived.

“It’s just sometimes the right thing to do to make sure people know there needs to be a little bit of reassurance around,” said Frank. “It was a very, very hard year. And I don’t want anybody to ever go through any of this.”

Neither brother survived. But the heartache for their family gets worse.

Their parents were already planning a funeral for their middle brother, Bryan Veal, who was shot and killed February 13 at Loyola and Washington in Central City.

The three brothers were their parents’ only children.

Family tells Eyewitness News that the brothers’ mother is going through a mental health emergency. They say the brothers’ father and other family members are struggling as well.

Police won’t say if the shootings are connected. Neighbors and family both want justice served.