Murdaugh was extradited to South Carolina and booked into the Alvin S. Glenn Detention Center in Richland County on Saturday. 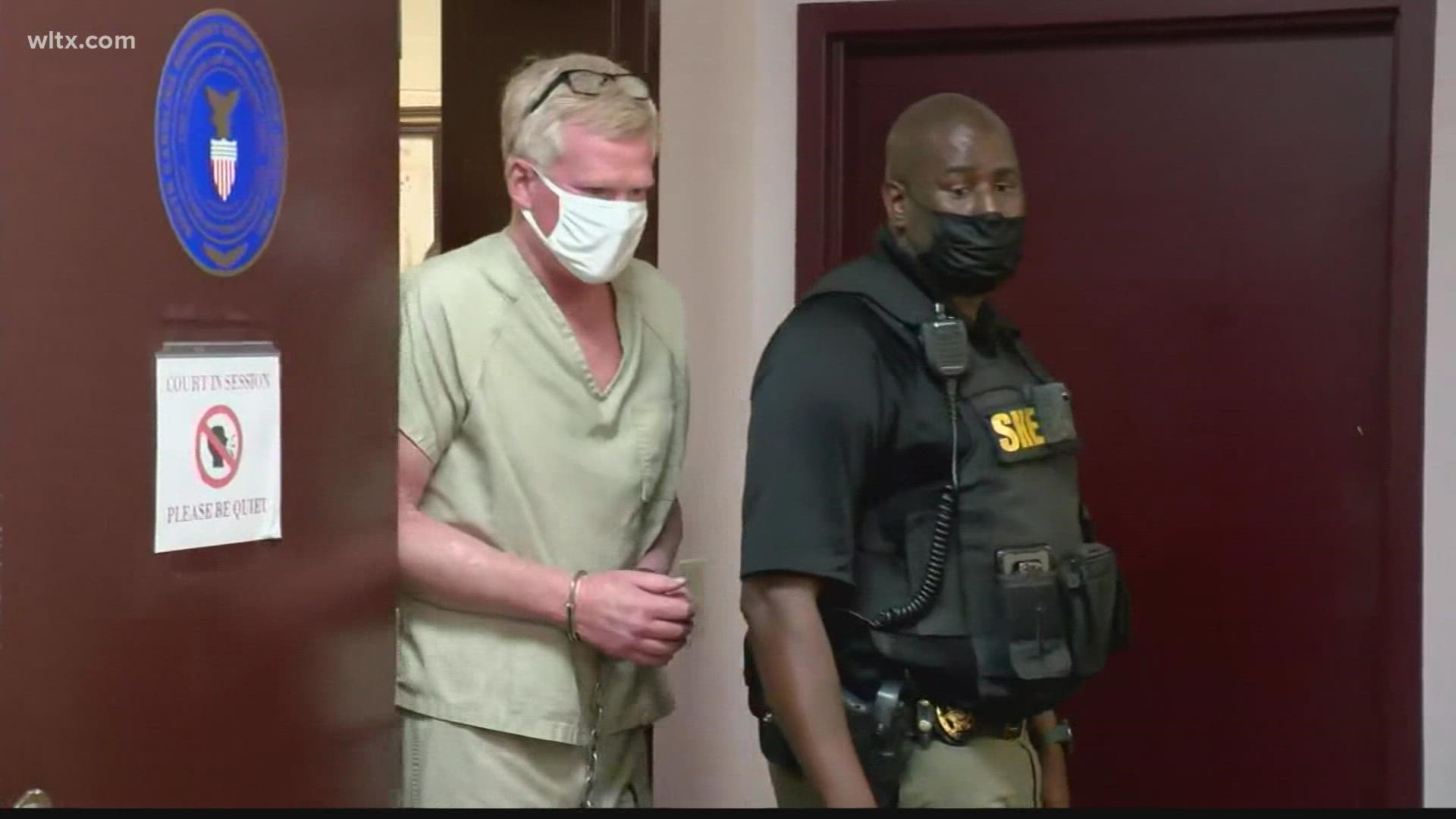 Murdaugh was extradited to Richland County on Saturday where he was booked into the Alvin S. Glenn Detention Center on two counts of obtaining property by false pretenses.

The charges stem from a settlement in the death of a former housekeeper, Gloria Ann Satterfield, who fell and hit her head at Murdaugh's residence on Feb. 2, 2018. She would later have a stroke, go into cardiac arrest, and die less than a month later.

Both warrants state that Murdaugh coordinated with Satterfield's family to "sue himself" in order to seek an insurance settlement. The alleged intent was to pay for funeral expenses as well as monetary compensation for Satterfield's children.

The warrant states that Murdaugh also recommended the family hire Cory Fleming of the Moss, Kuhn, and Fleming Law Firm to represent them.

In the case of the settlement of more than a half-million dollars, the warrant claims that, on Jan. 7, 2021, Fleming wrote a check in the amount of $403,500 to "Forge," a bank account owned and created by Murdaugh. The warrant claims that the name was a misrepresentation in order to "facilitate and conceal his misappropriation of funds."

The warrant explains that there is a legitimate company known as Forge Consulting, LLC which handles insurance settlements. However, it wasn't affiliated with the Satterfield settlements nor the account belonging to Murdaugh

Both warrants state the purpose of writing the checks to the "Forge" account was to "deprive the Satterfield family of insurance settlements owed to them" by converting the money to Murdaugh's own use.

The South Carolina Law Enforcement Division (SLED) announced on Thursday that its agents worked with their counterparts in Florida to take Murdaugh into custody for extradition back to South Carolina.

The news comes as Murdaugh's former law firm, PMPED, is suing him, claiming he embezzled client and law firm money for his personal use.

The lawsuit said they discovered a bank account in Murdaugh's name which he used to convert money owed to the law firm and their clients into money for himself.

He also faces charges of fraud, conspiracy to commit insurance fraud, and filing a false police report after he allegedly hired a man to kill him so that his son could collect the insurance money.

An additional lawsuit against Murdaugh has been filed by one of the survivors of a deadly boat crash involving his son Paul. And, in this case, Fleming's name shows up yet again.

The complainant, Connor Cook, alleges that Murdaugh encouraged his family to retain Fleming as their attorney.

Fleming was later revealed to be Murdaugh's college roommate and a good friend as well as a godfather to one of Murdaugh's children - the same child who was involved in the boat crash.

That lawsuit also said that "Fleming’s instructions served to convert the unwitting Plaintiff Cook into an agent of protection for Paul Murdaugh, exposing Plaintiff Cook to the potential of being charged as boat operator and therefore responsible for the accident."

Cook is seeking actual, special, and punitive damages, costs in the case.