Alex Murdaugh to turn himself in after arrest warrant issued, attorney says

Murdaugh's attorney said a warrant was issued for his arrest Wednesday on a charge of conspiracy to commit insurance fraud. 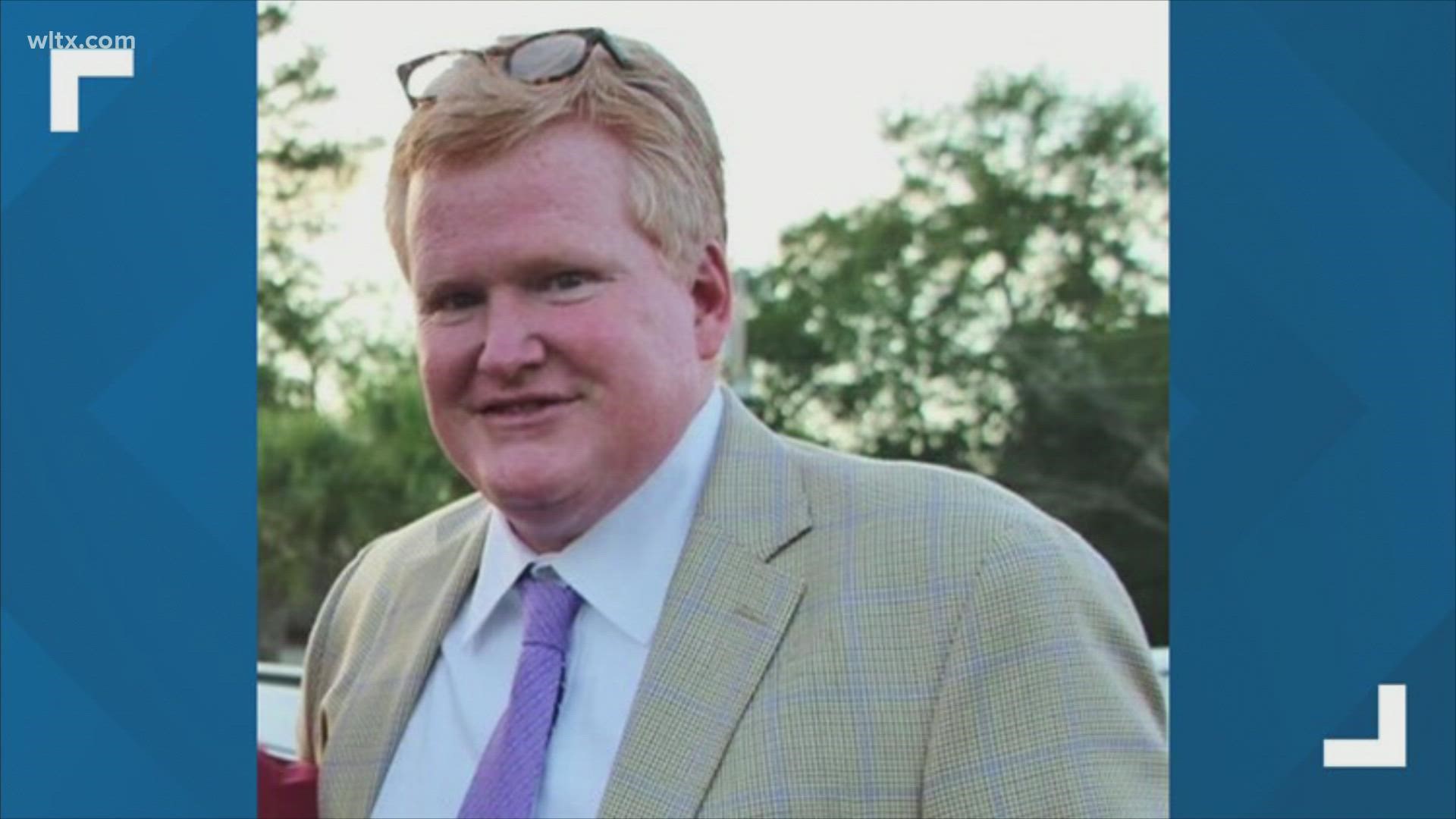 SOUTH CAROLINA, USA — Alex Murdaugh, the man accused of trying to arrange his own death earlier this month so his son would receive a $10 million life insurance payment, will turn himself into authorities on Thursday, his attorney told CBS affiliate WSPA-TV. Murdaugh, a prominent South Carolina lawyer, allegedly hired a gunman to kill him, but the planned fatal shot only grazed his head, state police said Tuesday.

Jim Griffin, Murdaugh's attorney, said a warrant was issued for his arrest Wednesday on a charge of conspiracy to commit insurance fraud.

The alleged shooter, Curtis Edward Smith, was charged with assisted suicide, insurance fraud and several other counts in the September 4 shooting of Murdaugh on a lonely highway in Hampton County, the State Law Enforcement Division said in a statement.

Murdaugh gave Smith the gun to kill him and he followed Murdaugh to Old Salkehatchie Road, firing one shot at the lawyer as he stood in the road, an agent said in a sworn statement.

But that bullet only grazed Murdaugh's head and he was able to call 911 for help, authorities said. Murdaugh's lawyer said last week his skull was fractured by the bullet.

Murdaugh wanted Smith to kill him so his surviving son would get his $10 million life insurance policy, state agents said.

Attorneys for Murdaugh said he had been struggling with a longtime addiction to opioids and wanted to end his life. In a statement provided to CBS News, attorneys Dick Harpootlian and Jim Griffin said:

On September 4, it became clear Alex believed that ending his life was his only option. Today, he knows that's not true. For the last 20 years, there have been many people feeding his addiction to opioids. During that time, these individuals took advantage of his addiction and his ability to pay substantial funds for illegal drugs. One of those individuals took advantage of his mental illness and agreed to take Alex's life, by shooting him in the head. Fortunately, Alex was not killed by the gunshot wound.

They said Murdaugh is fully cooperating with the investigation of his shooting as well as the deaths of his wife and son. "Alex is not without fault but he is just one of many whose life has been devastated by opioid addiction," his attorneys said.

Smith drove off after the shooting and disposed of the gun, authorities said.

State agents said Murdaugh admitted trying to arrange his own death on Monday.

Murdaugh said last week through a family spokesman that he pulled over after his Mercedes SUV's low tire pressure light came on. A man passing by in a pickup truck asked if he was having car trouble and then shot at him.

Agents said Smith, 61, confessed Tuesday and was charged with assisted suicide, assault and battery of a high aggravated nature, pointing and presenting a firearm, insurance fraud, conspiracy to commit insurance fraud, distribution of methamphetamine and possession of marijuana.

It wasn't immediately known if he had a lawyer to speak on his behalf. Court records from Colleton County showed Murdaugh had been Smith's lawyer in a 2013 speeding case.

Still unsolved are the June 7 killings of 52-year-old Maggie Murdaugh and her 22-year-old son Paul Murdaugh. Alex Murdaugh discovered the bodies of his wife and son at their Colleton County home. Both had been shot multiple times.

Murdaugh announced two days after the shooting he was going into rehab for an opioid addiction. He apologized to his family and said he was leaving his law firm.

"The murders of my wife and son have caused an incredibly difficult time in my life. I have made a lot of decisions that I truly regret," Murdaugh said without going into details.

A few hours later, the PMPED (Peters Murdaugh Parker Eltzroth Detrick) Law Firm said Murdaugh had taken money from the business and was fired from the firm. The amount of money hasn't been disclosed.

Along with the killings of Maggie and Paul Murdaugh and the shooting of Alex Murdaugh, the State Law Enforcement Division is investigating the missing money, whether anyone tried to obstruct an investigation into a 2019 boat crash which Paul Murdaugh was eventually charged, and a July 2015 hit-and-run death in Hampton County.

Murdaugh's father, grandfather and great-grandfather all held the office of solicitor in the area for more than 80 years, and other family members were prominent civil attorneys in the region.