IMPD said the Amazon driver was taken to a local hospital where they are listed in good condition. 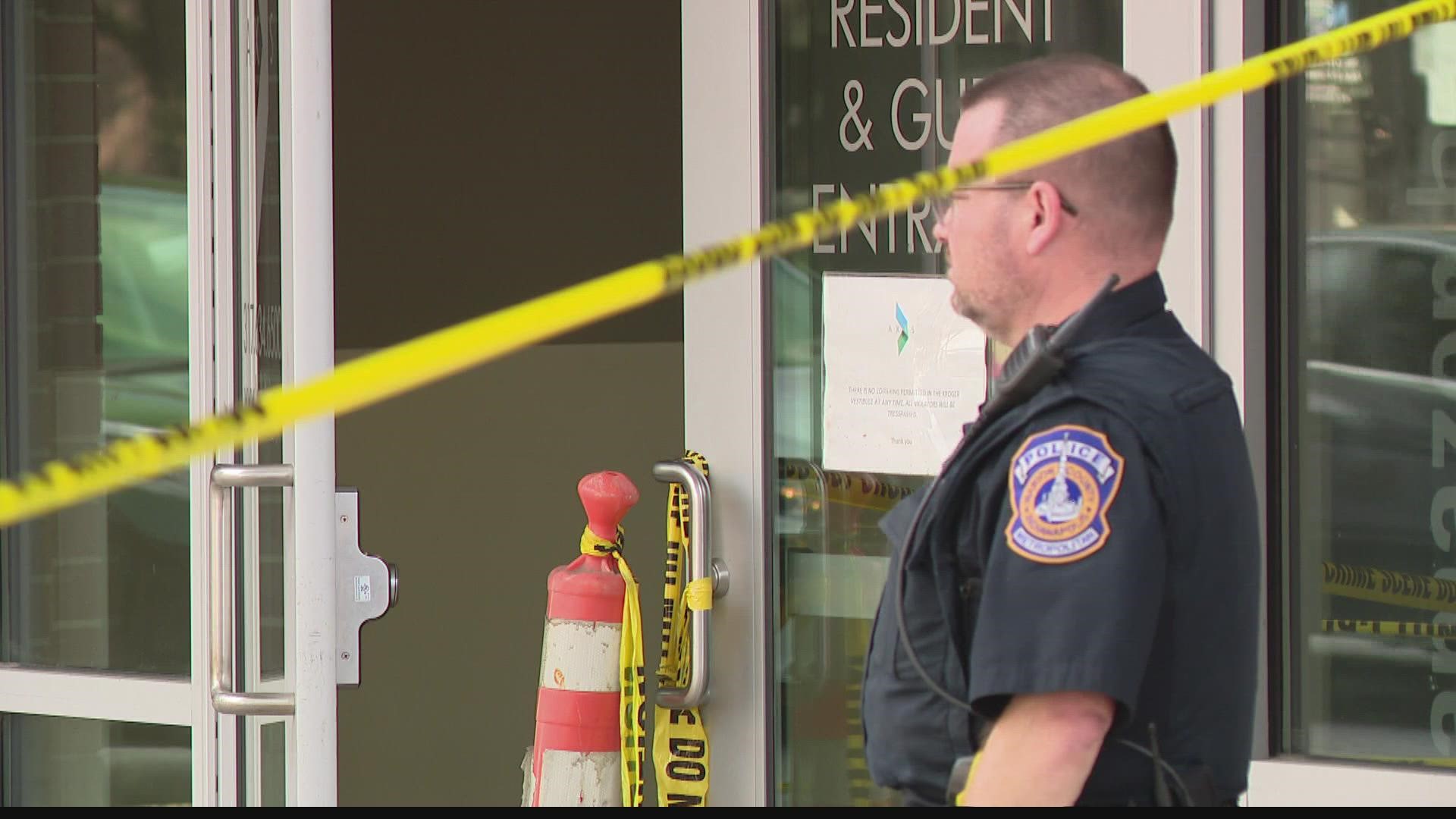 INDIANAPOLIS — IMPD is investigating after an Amazon delivery driver was stabbed while making a delivery in downtown Indianapolis on Saturday.

The Indianapolis Metropolitan Police Department said officers were called to an apartment complex above the Kroger located on West Michigan Street near Indiana Avenue around 3 p.m.

Officers arrived in the area and learned an Amazon delivery driver had been stabbed during an altercation in the residents' entrance of the apartment complex.

Credit: WTHR
IMPD investigates after an Amazon delivery driver was stabbed at an apartment complex in downtown Indianapolis on Saturday, Oct. 9, 2021.

The delivery driver was taken to a local hospital where he is listed in good condition.

Police said the suspect stabbed the driver then ran away from the area. At the time of publishing this article, police didn't have any information on the identity of the suspect.

IMPD said witnesses are cooperating and the investigation is ongoing.