Jessica Kropp was arrested due to having five outstanding warrants when the officer noticed she was wearing a bow in her hair made of meth. 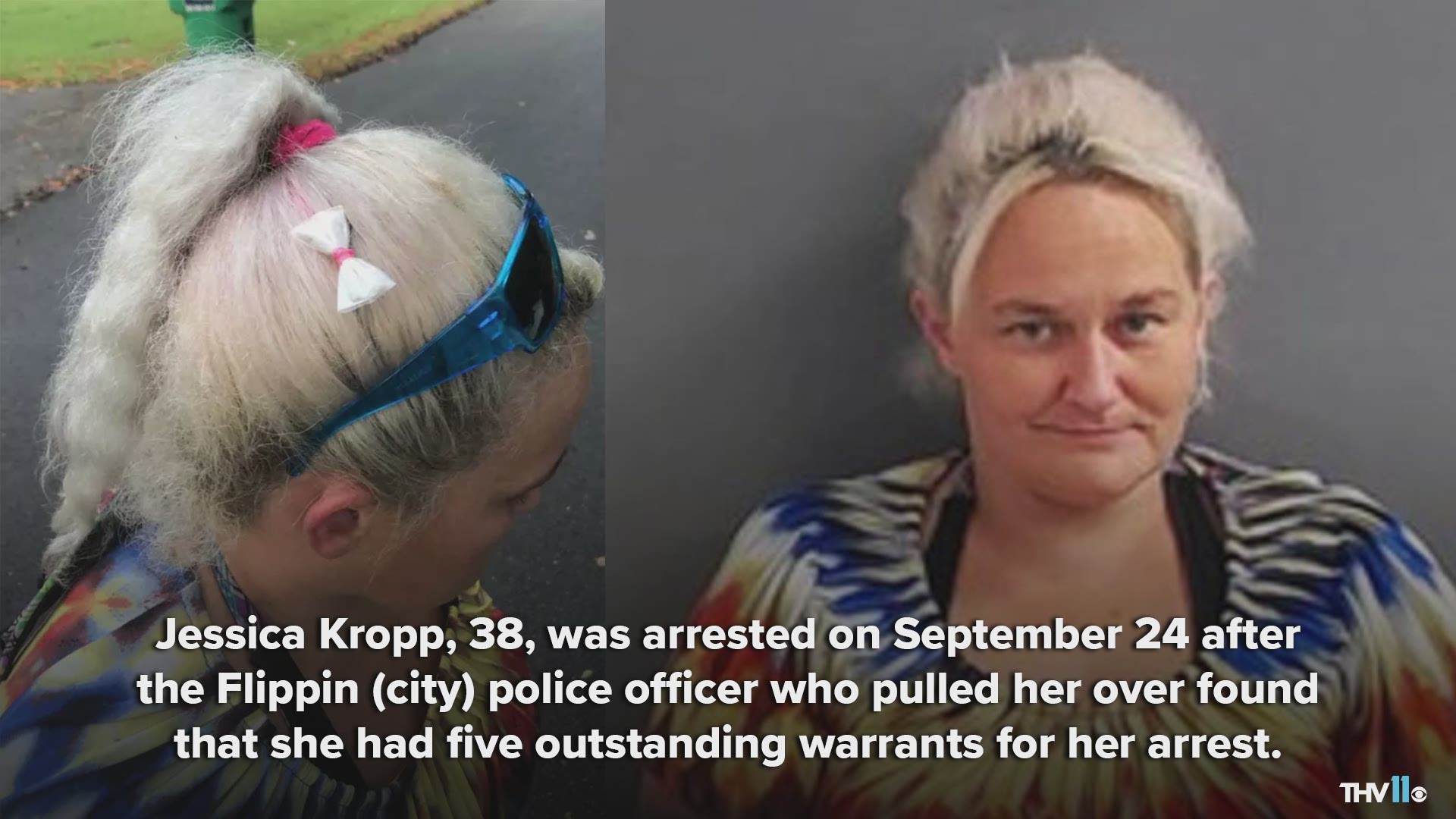 Jessica Kropp, 38, was arrested on September 24 after the Flippin (city) police officer who pulled her over found that she had five outstanding warrants for her arrest.

According to the affidavit, the arresting officer pulled Kropp over for driving with expired tags. Kropp notified the officer that it was not her car and also that her license was suspended.

According to court documents, the officer said, "are you serious?" once he noticed a small plastic bag full of what appeared to be meth, fashioned as a bow in Kropp's hair.

She said, "what?" I said, "you have a bow in your hair, made from a bag of meth." She said, "sh--, I didn't know that was here, someone else put that there and I didn't know what it was." (Source: Affidavit of Kropp's arrest)