Just before 11 p.m., deputies said they had taken the person into custody without incident. 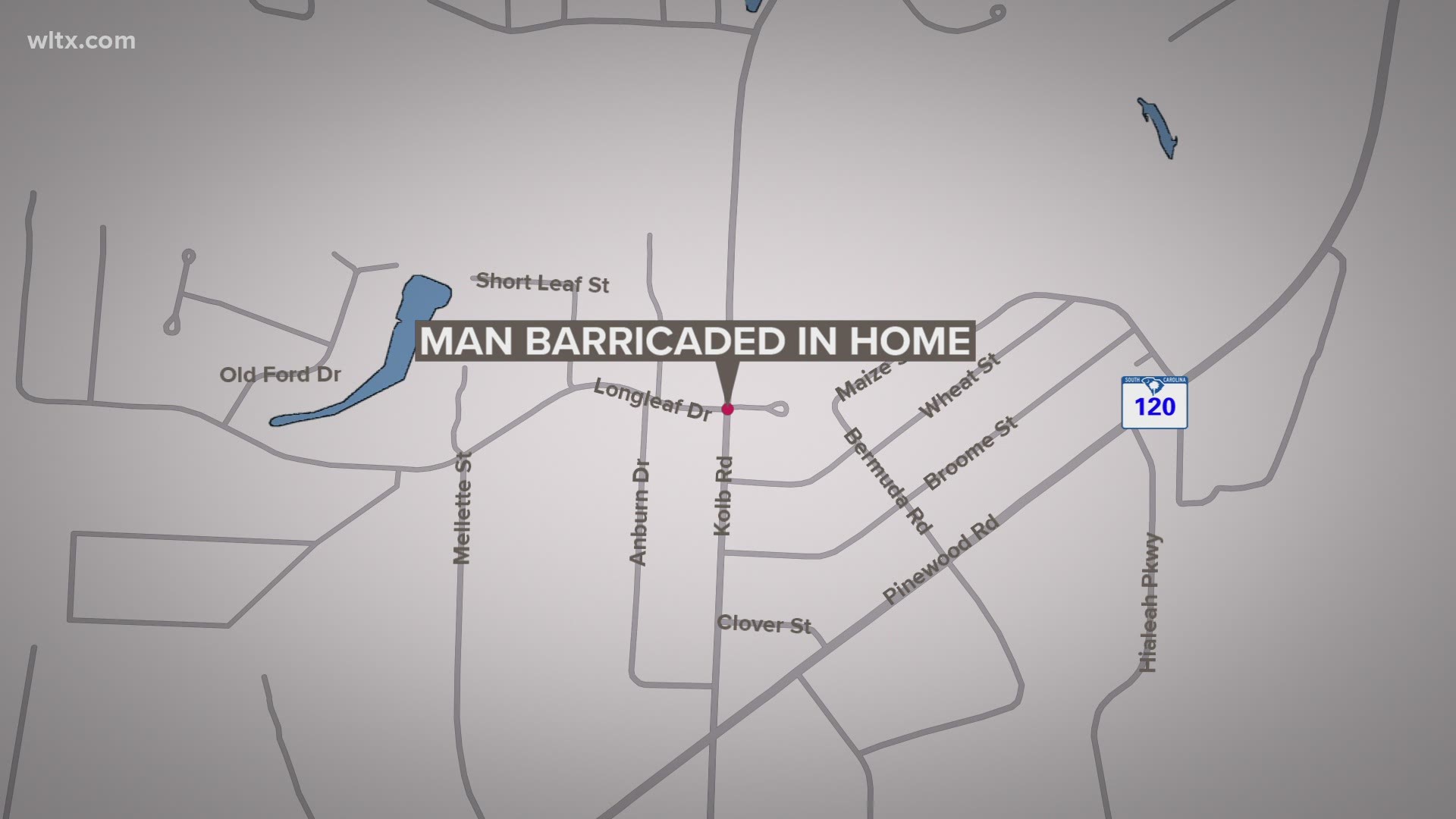 SUMTER COUNTY, S.C. — An armed man was taken into custody after barricading himself inside a Sumter County home on Friday night.

In an update from the Sumter County Sheriff's Office on Saturday, the man is facing multiple charges after deputies say he fired shots into a neighboring home that was occupied.

David Anthony Davis, 37, is charged with two counts of attempted murder, discharging a weapon into a dwelling, possession of a weapon during a violent crime and ill treatment of animals.

Deputies said the incident happened in the Kolb Road area of Sumter County, where an armed subject barricaded himself in a house for several hours. There were no hostages inside the house with the subject, according to officials.

According to SCSO, Davis was in a verbal confrontation with neighbors and he discharged his firearm. He also admitted to shooting and killing the neighbor's dog, according to the report.

According to the report, the suspect was intoxicated and did not exit the home on his own. A Sumter County Sheriff’s Office negotiator contacted Davis by phone and talked with him for more than an hour to try to get Davis to exit the house peacefully.

According to SCSO, The Sheriff’s Emergency Response Team (S.E.R.T.) deployed gas cannisters into the residence to force Davis to exit. When he did not exit, they entered the residence and took him into custody.

Davis was arrested without incident and was transported to Sumter County Sheriff’s Office Detention Center, where he remains as of noon Saturday.

Neighboring houses were evacuated, according to deputies. No injuries were reported.

Traffic was temporarily blocked off on Kolb Road, near the area.