Justin Bamberg said Ricky Price is in a wheelchair and has a broken nose after his violent arrest in Rock Hill Wednesday. His brother Travis was also arrested. 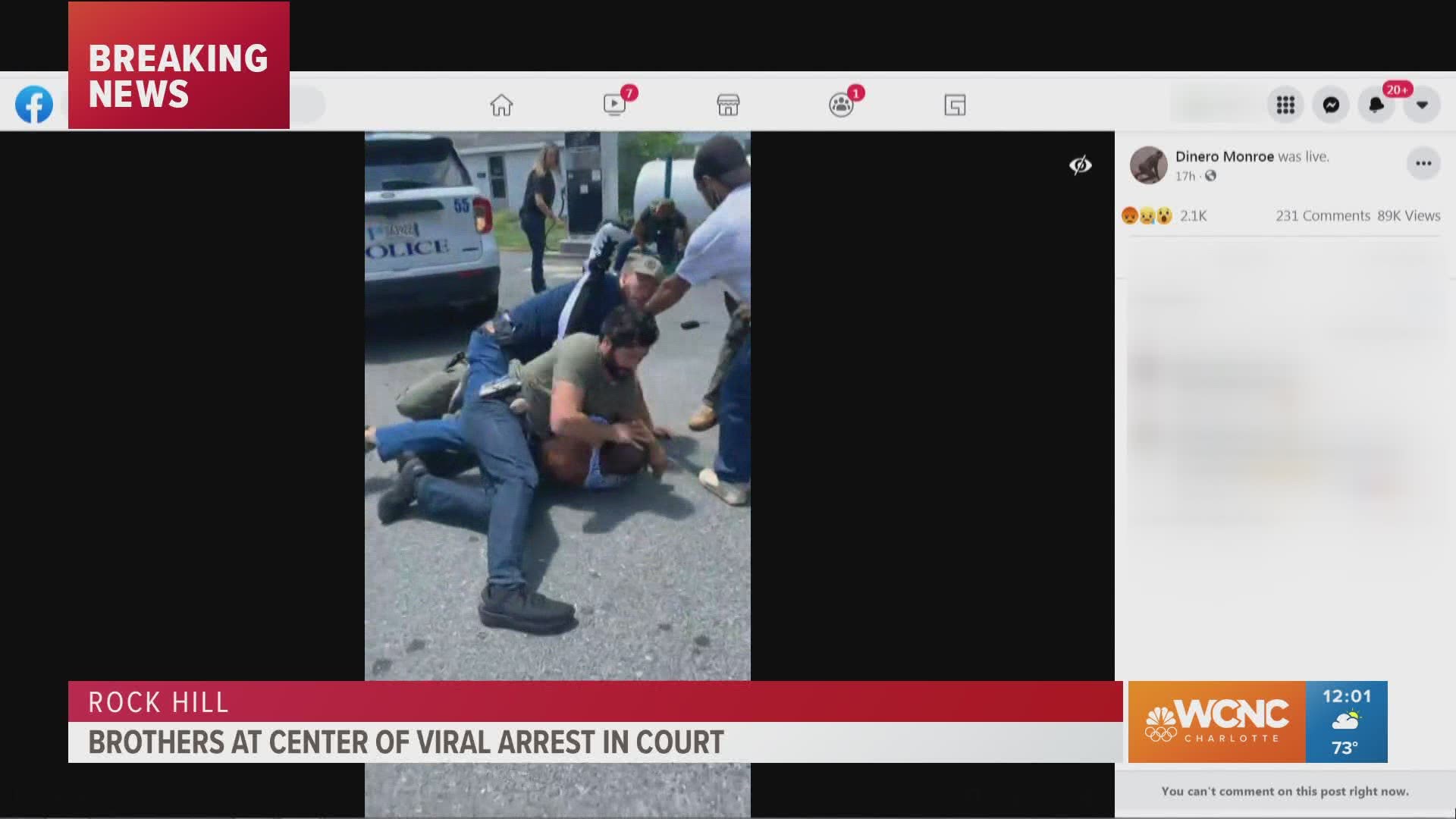 ROCK HILL, S.C. — Editor's Note: On July 8, the charge against Travis Price was dropped, and the Rock Hill Police Department announced one of the police officers involved had been fired. The announcements were made the same day the York County Solicitor's Office released bodycam videos showing the viral arrest.

Attorneys representing Ricky Price and Travis Price are calling for an independent investigation after a video of their arrests in Rock Hill, South Carolina, went viral on Facebook Wednesday.

Justin Bamberg, an attorney and South Carolina state representative, said he's seen the video and doesn't understand why the officers used so much force against the two men.

"There is no reason for the level of force we saw on that video yesterday. There's no reason for that," Bamberg said. "Law enforcement thought they broke the law, decided to arrest and them and decided to charge them, but somehow they forgot just because you thought someone broke the law that you get to punish them in the process and that's now how things work here in America. You're innocent until proven guilty."

In a press release, Rock Hill Police said Ricky Price made an illegal turn and changed lanes unlawfully near a gas station on Willowbrooke Avenue. During the traffic stop, a call was made for a K-9 to sniff the vehicle. Investigators said the officers found two bags of marijuana in the driver's door panel. A handgun was also found in the back of the car, according to police.

Rock Hill Police alleged that Ricky Price asked that his jewelry be given to someone else on the scene. When officers worked to remove his handcuffs to take off the jewelry, police claimed Price attempted to run and punched an officer. From there, a struggle ensued and multiple officers fell to the ground with Price. One officer punched Ricky Price in the thigh multiple times. Police said those punches had no effect on Price and the officer again punched him, this time in the nose.

Bamberg said Thursday that Price was "hurt bad" after the scuffle.

"Ricky is hurt and he's hurt bad," Bamberg said. "He has a broken nose, he's in a wheelchair. And you've got to ask yourself ... How is an innocent person, who has yet to be proven guilty, end up in a wheelchair? It's kind of frustrating."

The video quickly took off on social media and protests broke out at the Rock Hill Police Department Wednesday night. Bamberg said the issue runs much deeper than a single incident or video.

"It's more than just watching Ricky Price get punched in the face by law enforcement or get hammered in the leg, or see his younger brother Travis get pushed in the throat against a big steel cylinder," Bamberg said. "It's about the underlying principle of why time and time again, we have to see this level of force used on people that look like us.

"It blows my mind to sit here once again have to say Dylann Roof can go kill nine people, including a sitting state senator at Mother Emmanuel, and get Burger King but Ricky Price gets a knuckle sandwich."

The York County Democratic party also chimed in, providing their own statement via Facebook.

Aggressive and unequal policing against Black and brown communities is a national problem, one that our own community...

WCNC Charlotte's Richard DeVayne learned that a rally is scheduled in downtown Rock Hill at 5 p.m. Thursday. WCNC Charlotte has a crew there and will provide more details as they develop.