A woman was injured in the shooting, which happened around 1:30 a.m. Tuesday on Bentley Drive. 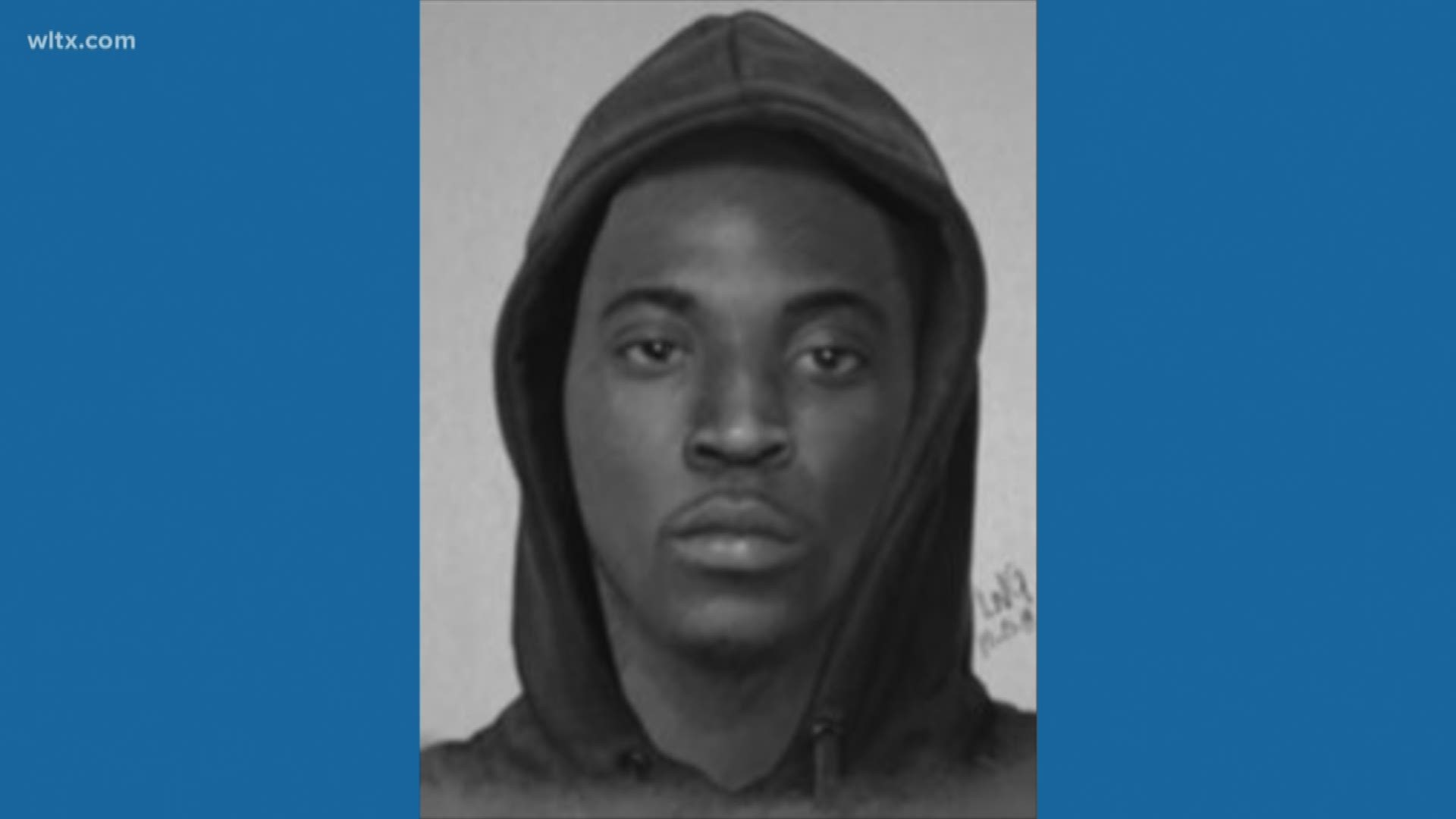 COLUMBIA, S.C. — Columbia police have released a sketch of a suspect in an overnight shooting on Bentley Drive.

Police say they were dispatched to The Reserve at Riverwalk Apartments on Bentley Drive for reports of shots fired around 1:30 a.m. Tuesday. When they arrived, police say the found a 26-year-old woman with non-life threatening injuries to the upper and lower body. She was taken to a local hospital for treatment.

The possible suspect is described as being a slender black male with a thin mustache, possibly between 5’9” and 5’11” who was last seen wearing a dark hoodie. The sketch, provided by the South Carolina Law Enforcement Division (SLED) is based on initial witness information.

Police continue to investigate the circumstances and motive for the shooting. Toward that end, they are asking anyone with information about the incident to contact Crimestoppers anonymously in any of the following ways: