After an extensive investigation, no charges were filled against the officers who returned fire killing the man who fatally shot Cpl. Andrew Gillette in February. 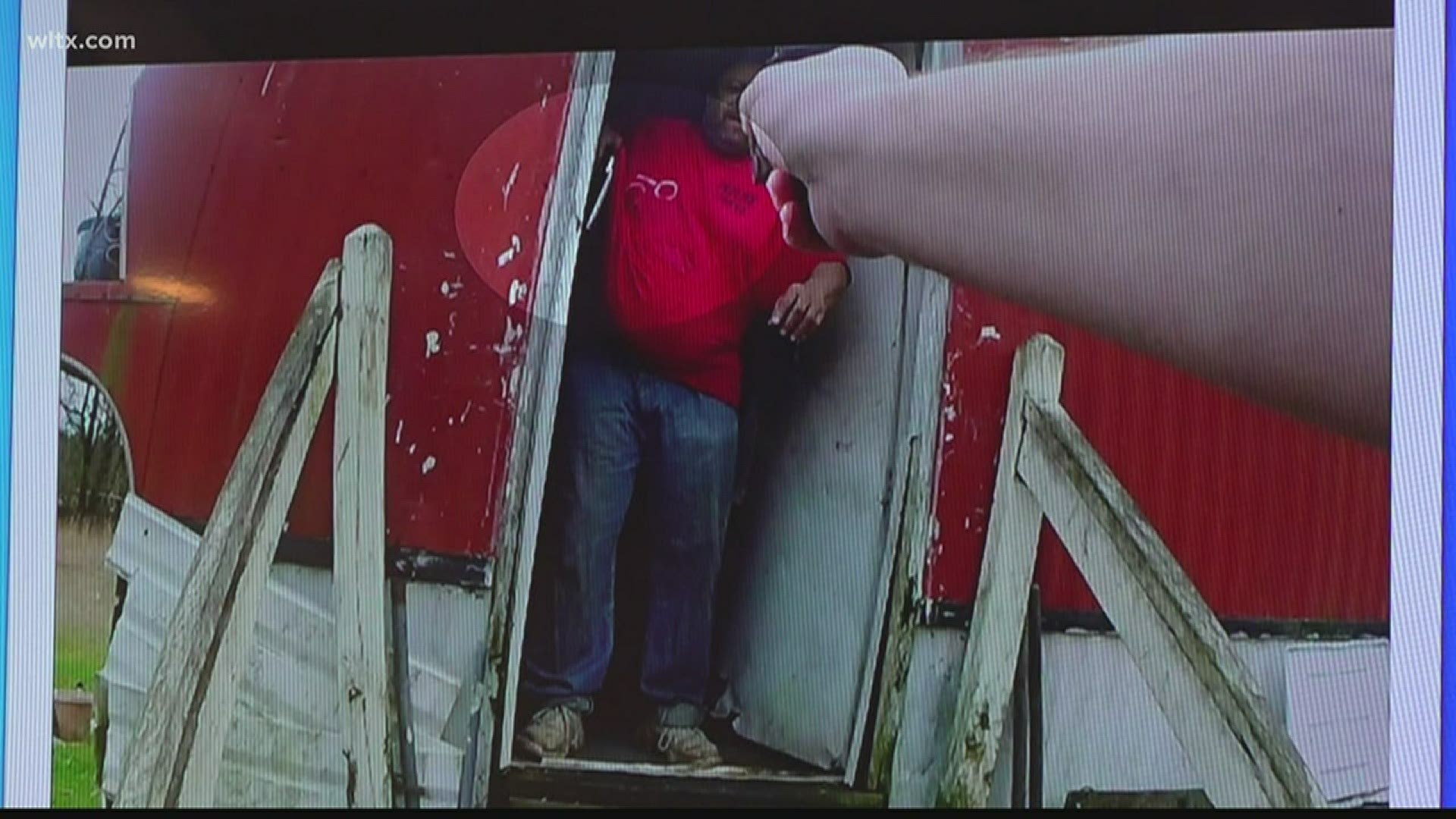 SUMTER, S.C. — The results of the investigation into the February shooting death of a Sumter deputy and his suspected killer were released Thursday.

Earlier, investigators shared that Cpl. Andrew Gillette was shot and killed while serving an eviction notice and the suspect, Terry Hasty, was killed by return fire from deputies.

RELATED: Sumter County deputy killed in the line of duty

Since then, an investigation has been underway to determine if the officers involved in Hasty's death were acting lawfully.

Thursday afternoon, Sumter County Solicitor Chip Finney shared that he will not be filling any charges in the case, saying the officers acted appropriately.

Finney also released body camera footage that gave a closer look at the events of the day.

The video showed three officers, including Gillette, approaching the home to serve an eviction notice where Hasty was staying.

"I have an order signed by the judge. It commands you to leave the property. Failure to do so... will (be trespassing)," Senior Cpl. Gary Beaver said. "At that point we will have no choice but to place you in jail; we don't want to do that."

Investigators say Hasty refused to leave, at which point the officers attempted to arrest him.

"At this time sir, you're under arrest for trespassing. Would you like to step on down?" Sn. Cpl. Beaver said.

"Don't you come in my home," Hasty replied.

Then, as Sn. Cpl. Beaver approached Hasty, Cpl. Gillette pointed his taser at him.

This is part of the body cam footage of the officer, suspect interaction from February that led to the death of Cpl. Gillette and the suspect. @WLTX pic.twitter.com/ex9kWFJg3n

That's when investigators say Hasty pulled out a gun and began firing, killing Gillette. Hasty was killed soon after by return fire from Sn. Cpl. Beaver.

"We later determined that (Hasty) was able to go back into his house, reload his weapon, and he put six in it when he reloaded it, but he never fired any of those six because he succumb to the injury that he had suffered at the doorway when officer Beaver fired his weapon," Finney said.

None of the other officers were injured and were determined to have acted appropriately in response to the threat.

RELATED: Flags to fly at half staff in tribute to fallen South Carolina deputy