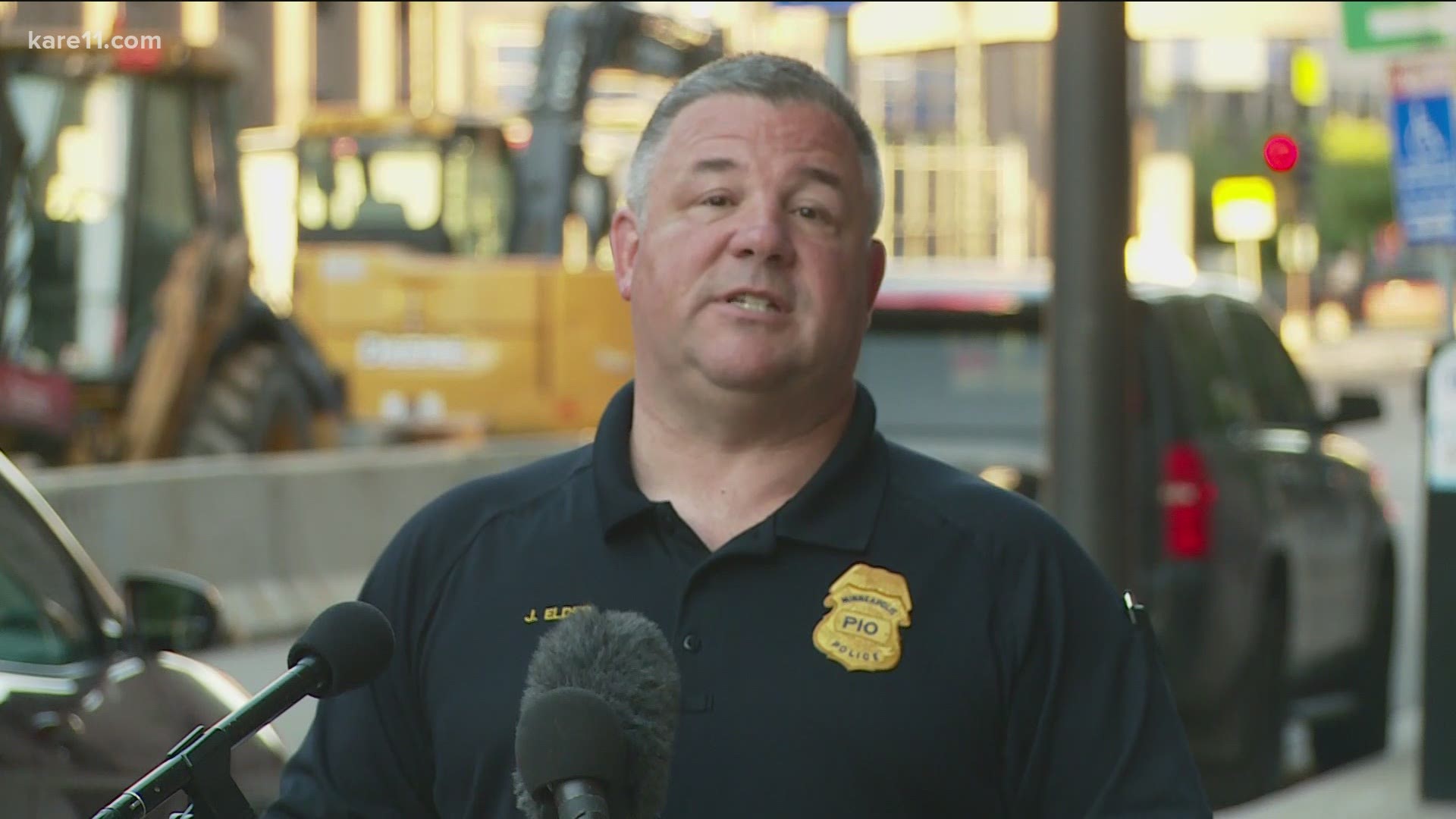 The homicide victim was Adam Richard Johnson, 36, of Minneapolis.

In a release sent out early Saturday morning, Elder said Minneapolis police homicide detectives will now work toward finding out what led up to Johnson's "tragic death."

The body parts were discovered near Third Avenue NE and Main Street NE, as well as Third Ave. NE and University Ave.

Police say they still haven't been able to locate all of the body parts.

Elder held two previous news conferences on Thursday, saying that the body parts appeared to be those of a white man in his 30s and detectives we're opening up a homicide investigation.

"These cases take a toll. These cases are incredibly difficult for everybody who was at the scene," said Elder.

On Thursday morning, a passerby called police around 9:30 a.m. to report "possible body parts" near Third Avenue NE and Main Street NE, according to Elder.

"Officers arrived, located the items and they do in fact appear to be human body parts," he said.

While police were processing that scene, they received a report that "additional human remains" were found in the area of Third and University, about two blocks away.

Officers went to that scene as well, and cadaver dogs responded to the area but did not find any other remains.

"The body parts that were found would lead us to believe that the injuries caused by the removal would not be life sustaining. These would be life-ending injuries," said Elder.

"We are treating this as a homicide investigation," Elder said.

"Disturbing was exactly the word I used when I was at the scene," he said.

Anyone who's seen something suspicious that they think might be related is asked to leave a detailed tip with Crime Stoppers of Minnesota.

"Even the smallest thing can help break a case," Elder said. "No tip is too small."