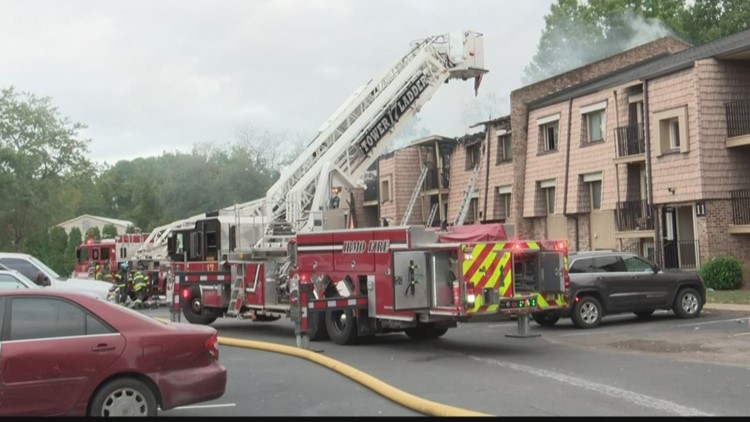 COLUMBIA, S.C. — The Richland County Fire Marshal's office has determined that the Monday morning blaze at Briargate Condominiums has been ruled accidental.

Officials found that the fire started in the space above an interior electrical room which supplied power to the building. The exact source of ignition will go undetermined due to the extent of damages.

The fire affected units on the third floor and smoke and water damaged units below.

More than 40 fire personnel from Columbia and Irmo responded to the fire and 21 people were displaced as a result of the damage.