Police: Man in stolen vehicle with flat tire steals car of people who pulled over to help 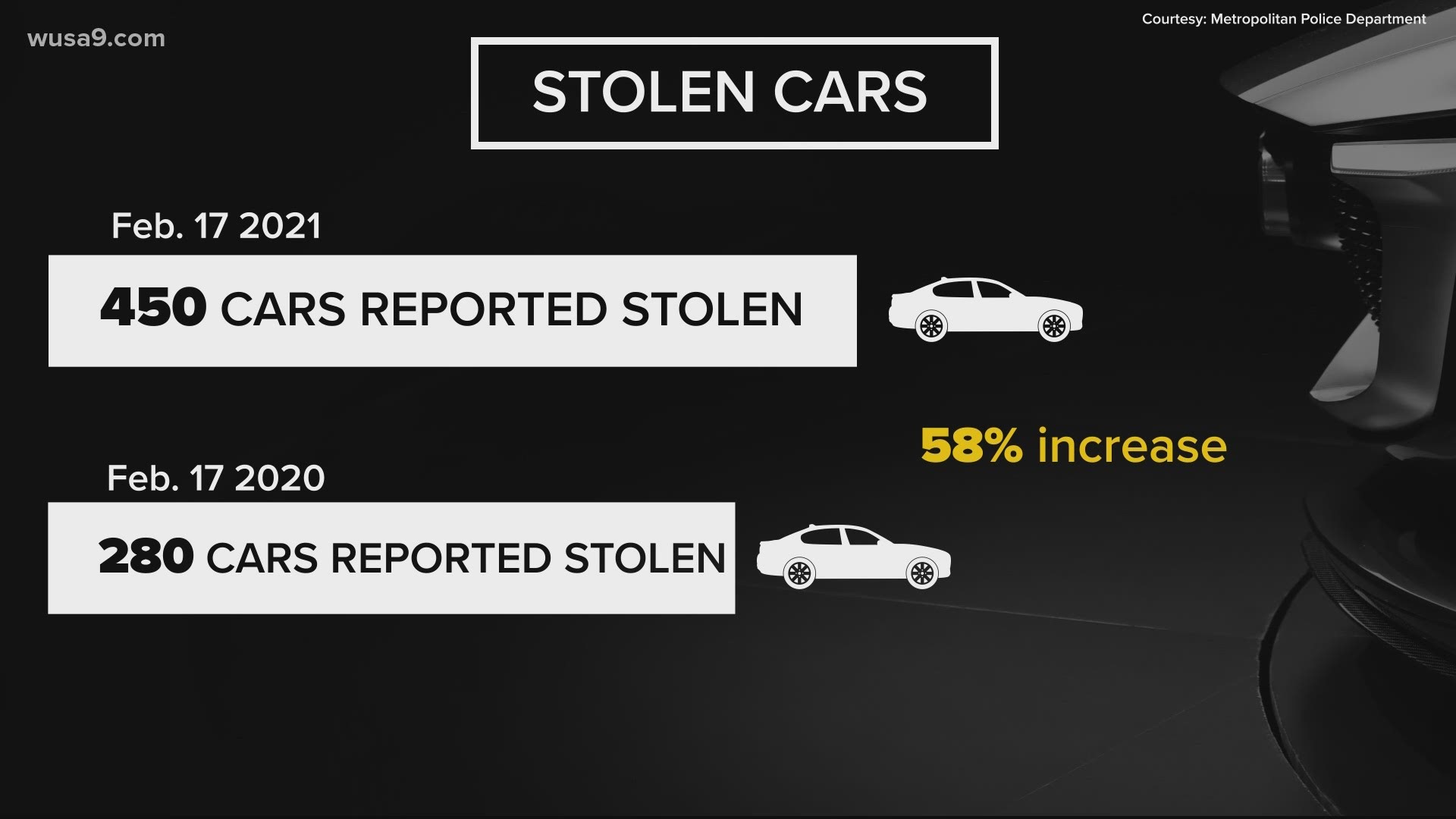 MONTGOMERY COUNTY, Md. — A man in a stolen car with a flat tire stole another car when two men pulled over to try to help, police in Montgomery County said.

Montgomery County Police said the incident happened on March 10 in the area of Layhill Road near the Interconnector Highway (ICC).

Officers responded to the scene just after midnight when they were en route to another call and heard what sounded like a vehicle collision. Officers went to investigate and found three men standing around a wrecked Toyota RAV-4, according to a release from Montgomery County Police.

Two of the men were identified as 21-year-old Shamari J. Reid of Bowie, and Tykel Wilson, 19, of Washington, D.C. The third man was not identified by police as he was not charged with a crime

The preliminary investigation determined that before the crash, Reid and his friend were traveling on  Layhill Road in the area of Longemead Crossing Drive in the Toyota RAV4 when they saw Wilson attempting to change a flat tire on a Mitsubishi Lancer.  Reid’s friend, who was driving, stopped his RAV4 and both men offered to help Wilson change the tire.

While changing the tire, Wilson stole the RAV4. The two men ran after Wilson as he drove off in reverse in the now-stolen RAV4. Police say Wilson drove the car onto a curb, where it became inoperable.

Reid and his friend caught up to Wilson and the crashed car just before officers arrived on the scene, police said.

Officers found Wilson's disabled Mitsubishi Lancer on Layhill Road and Longmead Crossing Drive and determined that the car had been stolen from Prince George’s County.

Wilson told officers that Reid pointed a handgun and threatened him after he caught up to the crashed the RAV4 on Layhill Road. Officers found a loaded handgun that Reid had thrown in the woods as police arrived at the scene.

RELATED: 12-year-old arrested for 4 armed carjackings in less than an hour, police say