Kershaw County deputies are accusing a church secretary of stealing money from the church where she worked in order to buy drugs. 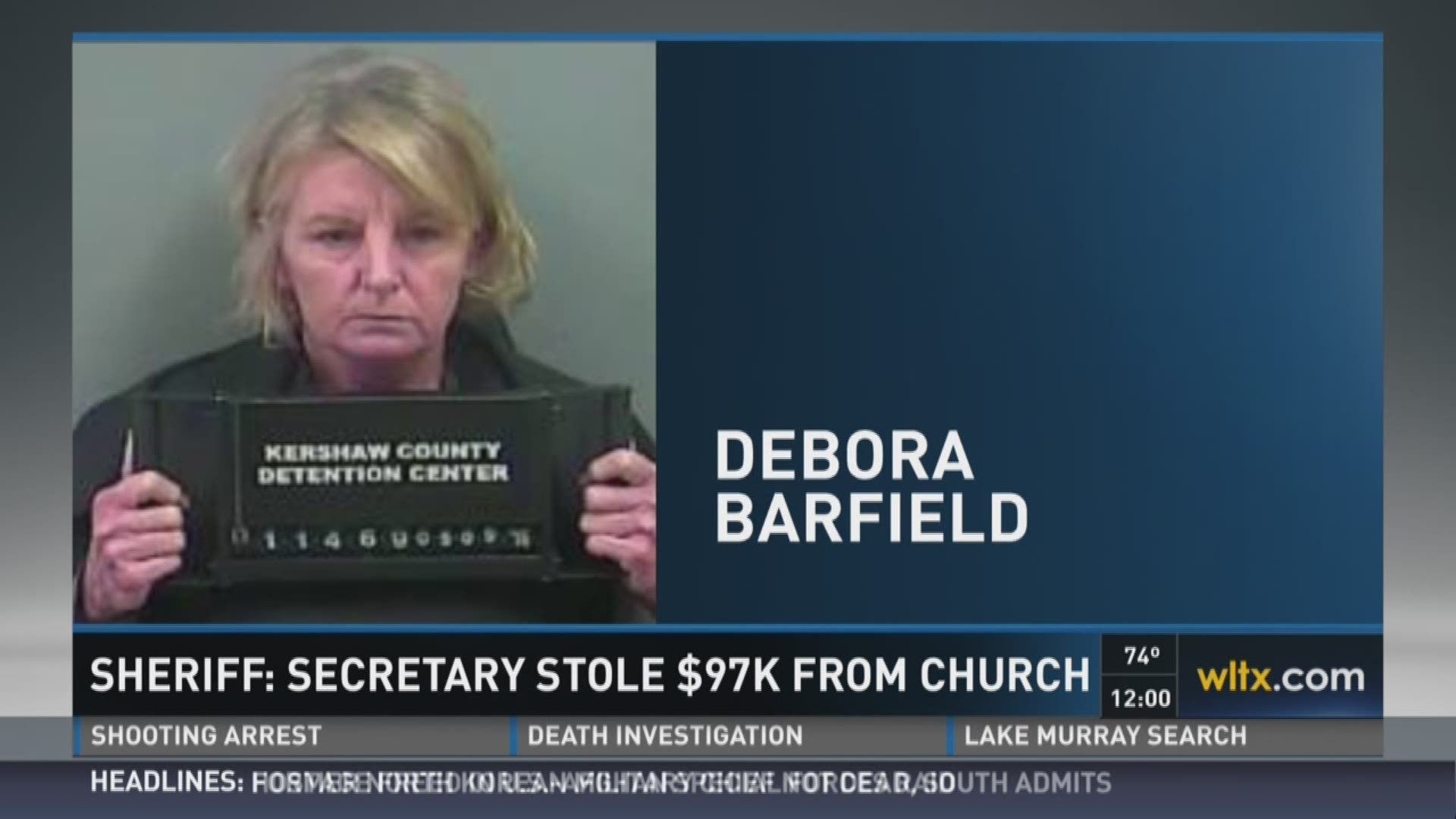 Kershaw County, SC (WLTX) - Kershaw County deputies are accusing a church secretary of stealing money from the church where she worked in order to buy drugs.

Debora Bradshaw Barfield, 53, is charged with breach of trust with fraudulent intent and forgery.

Deputies say members of St. John's United Methodist Church in Lugoff were conducting their annual audit of church finances and became suspicious when Barfield, who oversaw church funds, failed to provide documents needed to provide the audit. In late April, the Kershaw County Sheriff's Department began working with the church to determine why the sanctuary couldn't account for large sums of money.

The church's finance committee gave the investigator numerous discrepancies in their records, which deputies say dated back to February of 2015. Eventually, the investigator determined Barfield forged 145 checks to take roughly $97,000 from the church.

Deputies say when they interviewed her, Barfield admitted taking the money to buy drugs in Columbia.

Barfield has no prior arrest record.

“This incident should be a wake-up call for all churches where significant sums of money are collected weekly,” said Kershaw County Sheriff Jim Matthews. “It is important to trust those in charge of church funds, but it is imperative that a system be put in place to verify how those funds are accounted for in order to keep everyone honest.”